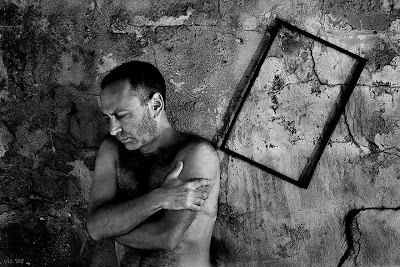 “Therefore there is now no condemnation for those who are in Christ Jesus.”- Romans 8:1, NASB

Self-condemnation, is a universal human problem and it is usually accompanied by self-hatred. The Scripture tells why: “For the accuser of our brothers, who accuses them before our God day and night, has been hurled down.” (Revelation 12:10). God tells us that we have an enemy, the devil, whose name also means “accuser.” Self-condemnation is a sinister method of the devil designed to destroy our relationship with God, with others, and our inner peace.

When Adam ate of the tree of the knowledge of good and evil, the devil’s game plan just started. His sin did not drive God from fellowship because as seen in the scriptures God still came to the garden looking for man. But Adam became fearful and hid from God. What made him fearful? Adam only feared when, seeing his nakedness, he realized that he had sinned against God. He felt so ashamed and condemned that he hid himself. God then asked him, “Who told you that you were naked?” (Genesis 3:11) There was no one else in the garden other than Adam and Eve, so we know that it was the devil who told Adam that he was naked.

The interesting thing is that the devil uses the law which is the symbolized by the tree of the knowledge of good and evil to bring condemnation into a man’s life. Long before sickness, disease and death showed up condemnation was at work. The deepest root of all mankind’s problem is condemnation. Satan frequently uses the words and actions of parents and other family members to accomplish his evil purpose: When a child is always criticized and made to feel they can never measure up to the demands of their parents or when a child is compared to a “smarter” or “prettier” or “more athletic” brother or sister.

Those children can grow up convinced they will never be good enough to live up to the standard they have been taught. As a result, they can take either the high road or the low road. The low road is where they give up the idea of being good. They quickly take the route of rebellion, drugs, alcohol, crime or promiscuous behavior. Or, on the other hand, they can take the high road of being “good.” They can be religious, but they are also anxious, compulsive, driven, and filled with self-hatred. The Pharisees took the high road with lots of rules and striving to please God and convince others they were spiritual. There are many in the church who serve God faithfully and whose lives are busy, busy, busy, at home, at work, and at church. They do many good things to gain God’s acceptance.

Accusation is a major component in condemnation. When a child is from a religious home where there is legalism without love and threats that an angry God “is going to get you.” He grows with a distorted view of God as someone who carefully watching his steps and ever liveth to bring justice to his life. He will not be able to show unconditional love and forgiveness.

Joseph Prince once stated “The Bible shows us that the most fundamental cause of problems in our lives is condemnation. With condemnation comes fear. Fear then induces stress which brings about the symptoms of the curse.” Beloved, condemnation is the root cause of the symptoms of any curse manifesting in your life. That is why you need to know that at the cross, God took all your sins, put them on Jesus and unleashed the full fury of His wrath against them until Jesus cried out, “It is finished!” God is no longer angry at you because He has punished his son your behalf as He has proved through the law that no man can measure to his righteous standards.
There is therefore now no condemnation to those who are in Chris Jesus. He does not condemn since Jesus had taken it away so that heaven and earth are reconciled through the blood. Don’t listen to those lies from the devil saying “You are not good enough for God to use” God had never anyone qualified for him to use and that is why he provides grace to strengthen you in your weakness.

All your sins have been completely punished in the body of Christ who was condemned for you. The root cause of all your problems has been dealt with. This means that the devil cannot enforce the curse in your life apart from your receiving condemnation. So come to the place of no condemnation and no death will show in your life! God loves you more than you can ever imagine and that love is unconditional and not based on your merits. Keep yourself in His love.