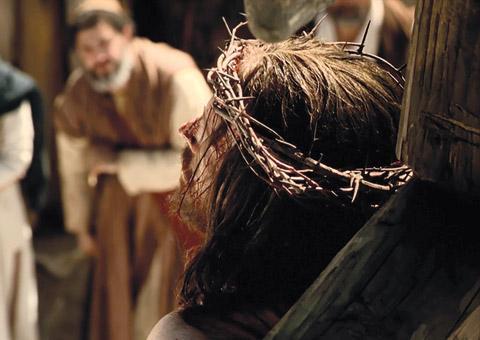 6 Therefore, leaving the discussion of the elementary principles of Christ, let us go on to perfection, not laying again the foundation of repentance from dead works and of faith toward God, 2 of the doctrine of baptisms, of laying on of hands, of resurrection of the dead, and of eternal judgment. 3 And this we will do if God permits.

4 For it is impossible for those who were once enlightened, and have tasted the heavenly gift, and have become partakers of the Holy Spirit, 5 and have tasted the good word of God and the powers of the age to come, 6 if they fall away, to renew them again to repentance, since they crucify again for themselves the Son of God, and put Him to an open shame.

This is one of those places in scripture that seems to have a lot of confusion to many believers especially with regards to the security of their salvation. There’s been the burning debate about if one can lose their salvation on social media. For some this is the place that ultimately confirm the fact that our salvation is not really secure especially when you are someone who have been in the faith long enough to be considered as “enlightened”

As always when it comes to properly understanding scriptures, Context is key.

To properly understand what the author is saying, consider that in the last few verses of chapter 5, he departs  from talking about the High Priesthood of Jesus to explain that some people are not maturing in their walk with God enough to handle such information. They have been saved long enough to be teaching others, but they still required that someone taught them again being unskillful in the word of righteousness (Hebrews 5:12). These set of people were moving back to Judaism because of the persecution that they were suffering from their Jewish brethren for embracing Jesus. It was a case of mixing self-righteousness and God’s righteousness, which is the recipe of confusion.

So Chapter 6 is Paul’s attempt to bring them back to the foundation of the New Covenant. He opens by taking them past the “principles of the doctrine of Christ”. He is not insinuating that there is something other to preach than Christ’s finished work, for the phrase means the “word of the beginning of the Christ” in Greek. He is taking them past the Old Testament prophets, which is where many Jews were getting stuck, still looking for Christ, though He had already come.

See this same place from the Complete Jewish Bible (CJB)

“Therefore, leaving behind the initial lessons about the Messiah, let us go on to maturity, not laying again the foundation of turning from works that lead to death, trusting God,2 and instruction about washings, s’mikhah, the resurrection of the dead and eternal punishment. 3 And, God willing, this is what we will do.”

So this list provided here is a summary of the Jewish faith. If you take some time to look at each item, you will see the observances in the temple worship. The author was not listing the code for Christian maturity. It is not the steps we take to become mature as Christians and it is not for us to embrace as statements of faith. That is why he asks them to move towards perfection because perfection cannot be found in that Mosaic system and worship.

He wanted them to understand their perfection in Christ in verse 2, which he will further explained in the 10th chapter when he encouraged them avoid laying the “foundation of repentance from dead works”, this is the sacrificial system, and “of faith toward God”. Our faith is not toward God under the New Covenant, it is toward Jesus. That is why the emphasis is about Jesus and His faith at work in us.

So in this controversial place he said that “it is impossible for those who were once enlightened, and have tasted of the heavenly gift, and were made partakers of the Holy Ghost, and have tasted the good word of God, and the powers of the world to come, if they shall fall away, to renew them again unto repentance; seeing they crucify to themselves the Son of God afresh, and put him to an open shame” (Hebrews 6:4-6).

This place says nothing about loosing one’s salvation after growing through a complicated process and committing the unpardonable sin.  What it mentions is that “to renew them again unto repentance”

So to put the confusion to rest realize that these verses refer to someone who was “enlightened” and have “tasted” and are “partakers of the Holy Ghost”. The phrase ‘partakers’ is from the Greek, ‘metochous’ meaning “going along with”. They go along with the teaching of the Holy Spirit but do not know His power. There were some Jews who still had trouble embracing Jesus without having course to hold on to Moses. Just like the believers at Galatia some were trying to see achieve perfection through the power of the flesh after having begun in faith. The gospel message was not bearing fruit as they were not responsive to the work of the Holy Spirit. So the end is that they abandon their faith in Jesus and return to their former identity and foundation. They return back to Moses.

Since this was the case then there was truly no way to “renew them again unto repentance” because they have rejected the sacrificial death of Christ on the cross. They have put His finished work to an open shame because by rejecting it; they are saying that it isn’t enough! Repentance in the New testament talks about a change of mindset and way of thinking. The danger here was about the impossibility of having a change of mindset if they exercise a hardened heart to receive God’s grace.

This he says in verse 7 “Land that drinks in the rain often falling on it and that produces a crop useful to those for whom it is farmed receives the blessing of God.”

This is one of the major reasons why this book was written; to establish them in the grace of our Lord Jesus and not in what their good works according to the law could do for them. Also that they would not be entangled into returning to a system that was about to crash when the Romans razed down the temple and land in 70AD.

Don’t fear losing your salvation today and don’t let that be your preoccupation. Continually open yourself to His unconditional love in your life daily, accept His forgiveness freely and allow Him to wash you with the water of His words. If you reject grace, there is nothing left to return to but your own performance defined by the law for righteousness which cannot produce life in you. After being exposed to the grace of God in Christ Jesus, you have to resist every temptation to go back to your own works for justification. Going back is to crucify Him afresh, saying that His finished work is an unfinished work just like the Jews did in the first century when they were going back to circumcision and other related observances.