Skip to content
Home
Uncategorized
DOES SIN SEPARATE GOD FROM YOU? 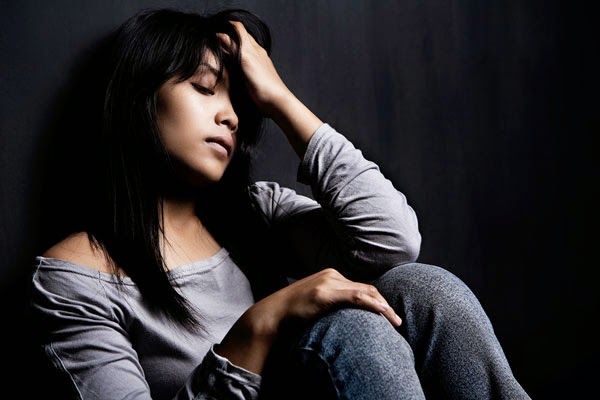 You have heard it proclaimed in many places that sin separates you from God. That we have to get rid off sin before God can come to us. Honestly if that was the truth we would never have the Bible. A second look at this idea of separation will help you see things better.

A lot of people quote you Isaiah 59:1-2 and tell you that sin will separate from God even after you have become a Christian. Sin has been described to possess so much power that it seems the blood of Jesus did very little to secure salvation for us. True repentance comes after men see the goodness of God. Now lets see Isaiah 59:
Here’s what it says:
Surely the arm of the Lord is not too short to save,
nor his ear too dull to hear.
But your iniquities have separated
you from your God;
your sins have hidden his face from you,
so that he will not hear.
Dear friends, this is an example of taking scripture out of it context. We need to look at it in his entirety to know what God is saying.
The problem of sin has already been dealt with. If you care to read on you will see that God has already provided his right hand as the solution:
The Lord looked and was displeased
that there was no justice.
16 He saw that there was no one,
he was appalled that there was no one to intervene;
so his own arm achieved salvation for him,
and his own righteousness sustained him.
17 He put on righteousness as his breastplate,
and the helmet of salvation on his head;
he put on the garments of vengeance
and wrapped himself in zeal as in a cloak.
and then….
21 “As for me, this is my covenant with them,” says the Lord. “My Spirit, who is on you, will not depart from you, and my words that I have put in your mouth will always be on your lips, on the lips of your children and on the lips of their descendants—from this time on and forever,” says the Lord.
“My Spirit will not depart from you!” says the Lord. Notice Jesus says sin cannot separate you from my Spirit.
“His own arm achieved salvation for him”. This “arm” has righteousness as his breastplate and helmet of salvation on him. This is Jesus, the arm of God revealed.
You now begin to realize that the helmet of salvation and the breastplate of righteousness is about the “arm achieving salvation”. The armor of God as such is what Jesus did for you. Made you inseparable to His Father.
I would also like to see that verse again “But your iniquities have separated you from your God” It didn’t say that “your iniquities have separated God from you”. The separation is in the mind of man. That is why Adam hid in the bushes. He felt he could not stand in the presence of God again. God thought otherwise, He still kept to his appointment in the garden. Sin-consciousness is keeping my Christians from enjoying the presence of the Holy Spirit in them. They still think their sin can send him away packing. Little did they know that is why he’s there.

Paul described it this way in Ephesians 4:18 “They are darkened in their understanding, being alienated from the life of God because of the ignorance that is in them due to the hardness of their hearts.” Many people have been separated from goodness of God because their understanding have been darkened by the veil of the law. The law blinds us to the light of God’s love.

We cannot count the number of christians who are deep in addiction, drunkeness and drugs because they have a picture of a judgmental God who is far from the them because they cannot meet up with His standards of righteousness. Each time they fail, they feel unworthy and it creates distance. After a long period of failed attempts at right standing, they soon find themselves involved in things to take away the guilt and condemnation they feel. It doesn’t long before they find themselves lost and drown in issues that could take their lives.

The question we should be asking is “can sin stand God”? The answer is no. Sin cannot. It totally disintegrates. Sin cannot stand God. It is totally destroyed. Where sin abounded, grace much more abounds. Now here lies a vital question. How can God dwell in you if you say you are only forgiven when you confess your sins? The very fact that God dwells in you is because your sins have been taken away once and for all on the cross. Nothing can separate you from the love of God. Hallelujah!