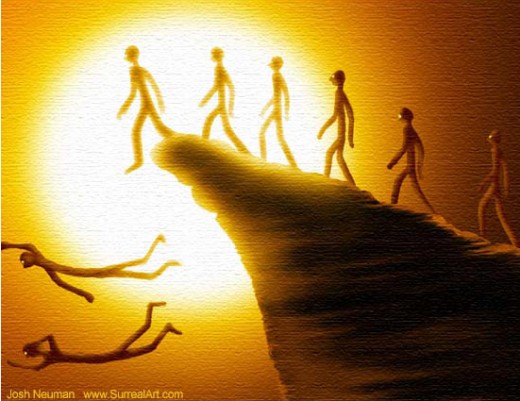 Hebrews 6:1 is not about the stages of growth as a Christian. It is about leaving behind the law and the temple template for acceptable worship. It is about going beyond the shadows that pointed to Christ which could not perfect man.

Therefore leaving the principles of the doctrine of Christ, let us go on unto perfection; not laying again the foundation of repentance from dead works, and of faith toward God,
2 Of the doctrine of baptisms, and of laying on of hands, and of resurrection of the dead, and of eternal judgment.

What KJV captures as Baptism is not the Christian Baptism. It is the ceremonial washings in the temple. Near the Bronze Altar was the Basin. The Basin was filled with water and was used for ceremonial washing. Before a priest could do anything important, he would first have to wash in the basin. Washing was a symbol that man had to be pure before he could approach a holy God. This has already been fulfilled by Christ through His blood. We cannot now approach God’s presence already purified and washed by His blood. His message was that they should not return back what they left so that they would not be caught in the deluge of judgement that befell that Holy city in AD70.

This is how the Complete Jewish Bible captures it:

“Therefore, leaving behind the initial lessons about the Messiah, let us go on to maturity, not laying again the foundation of turning from works that lead to death, trusting God, 2 and instruction about washings, s’mikhah, the resurrection of the dead and eternal punishment.” (Complete Jewish Bible)


That is he tells them in vs that “ If they shall fall away, to renew them again unto repentance;” He didnt say that if they fall away they would loose their salvation. If they fall away in unbelief as their Jewish brethen believing the lamb of God was not enough then it would be impossible to change their minds to see the truth seeing that recrucify Christ again because His once for ever sacrifice was not enough.

The Tabernacle was a picture of God’s plan to take away the sins of the world. The Tabernacle was a temporary solution; Jesus would be the permanent solution to bring people back to God. We when focus on Jesus who is the substance of everything in the Old testament, we will experience the perfection and completion that is resident in Him.