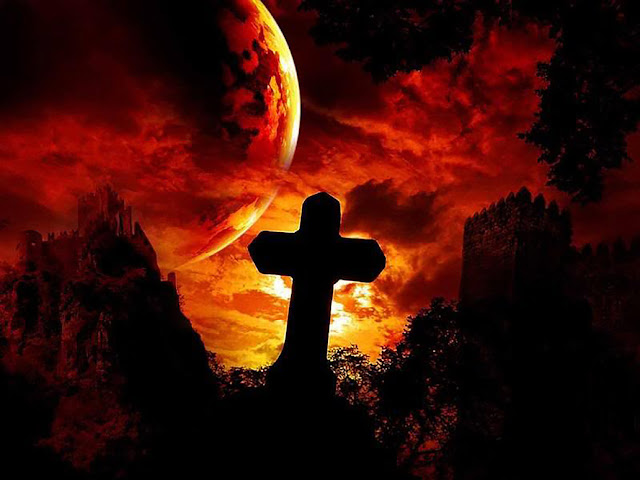 It’s sad that the church has been fed with sophisticated teachings based on Jewish feasts, symbolisms and calendar observance to read the times we live in. Jesus chided the Jewish leaders for not properly understanding the times. The same mistake has continued over time. They are expecting the end of Mosaic age and arrival of the Messianic age.
Is it not strange that we have been brought to the same expectations from the pulpit. What were they missing?
That Jesus was the fulfillment of all they observed and saw as symbols and signs. He is the substance of all things spoken in the Torah. He is embodiment of the shadows that they have lived under for centuries.
As Paul said in Colossians 2:16-23 (Complete Jewish Bible):
“16 So don’t let anyone pass judgment on you in connection with eating and drinking, or in regard to a Jewish festival or Rosh-Hodesh or Shabbat. 17 These are a shadow of things that are coming, but the body is of the Messiah.
18 Don’t let anyone deny you the prize by insisting that you engage in self-mortification or angel-worship. Such people are always going on about some vision they have had, and they vainly puff themselves up by their worldly outlook. 19 They fail to hold to the Head, from whom the whole Body, receiving supply and being held together by its joints and ligaments, grows as God makes it grow. 20 If, along with the Messiah, you died to the elemental spirits of the world, then why, as if you still belonged to the world, are you letting yourselves be bothered by its rules? — 21 “Don’t touch this!” “Don’t eat that!” “Don’t handle the other!” 22 Such prohibitions are concerned with things meant to perish by being used [not by being avoided!], and they are based on man-made rules and teachings.[a] 23 They do indeed have the outward appearance of wisdom, with their self-imposed religious observances, false humility and asceticism; but they have no value at all in restraining people from indulging their old nature.”
The world here is a strong reference to Judaism, the Jewish worship through the Mosaic laws. He says we are dead to that system because the shadow is no longer in the place of the real image.
I will give you from many examples of shadow to reality fulfillment.
Israel had to wander in the desert for forty years, so Jesus spent forty days in the wilderness to fulfill the shadow.
The Israelites ate manna forty years, until they came to a land that was settled; they ate manna until they reached the border of Canaan (Exodus 16:35)
Then Jesus was led by the Spirit into the wilderness to be tempted by the devil. After fasting forty days and forty nights, he was hungry (Matthew 4:1-2)
You can see that even in the wilderness temptation, Jesus refuted the devil only quoting from the Book of Deuteronomy—the same book that records the time when Israel walked in the wilderness for forty years (see Matt. 4:4,7,10).
They failed but he succeeded. His success is our success. A new man and the last Adam, the true Israel.
One interesting word we find in the above scripture that is the word “element” or “elemental”. The Greek word for “elements” is stoicheion.  This word appears six times in the New testament and in each it refers to the basic principles of the Mosaic Law.
In Galatians, Paul referred to these elements twice. First, he stated that the Jews had been under the elements of the world until the fullness of time had come; then, he asked his readers why they would want to return to these elements.  So also, when we were underage, we were in slavery under the elemental spiritual forces of the world (Galatians 4:3).
But now after you have known God, or rather are known by God, how is it that you turn again to the weak and beggarly elements, to which you desire again to be in bondage? (Galatians 4:9 NKJV)
In context, he linked these elements to rituals and observances of feast days (see Gal. 4:9-10). Thus, Paul was trying to keep his readers from coming under the principles of the Law again (see Gal. 5:1).
All the talk of the Shemitas, Blood moons and other Jewish feasts and observance making the rounds are denying the redemptive work of our Lord Jesus and his established kingdom here on the earth. They have completely missed the timetable of God and are now running with the calendar of the natural Jews instead of the spiritual.
The natural disasters, economic issues, prevailing sickness and ailments et all are all signs of a world in pain, one in need of the love of God expressed through the church. A sign that we are relevant and a time to dig deep and release the giftings of the Spirit.
It’s time to challenge your theology if all it says is doom and gloom. It’s time to revise the position of endless failed predictions on the Lord’s return to the earth. It’s time to look beyond the shadows and see the realities in Christ Jesus.