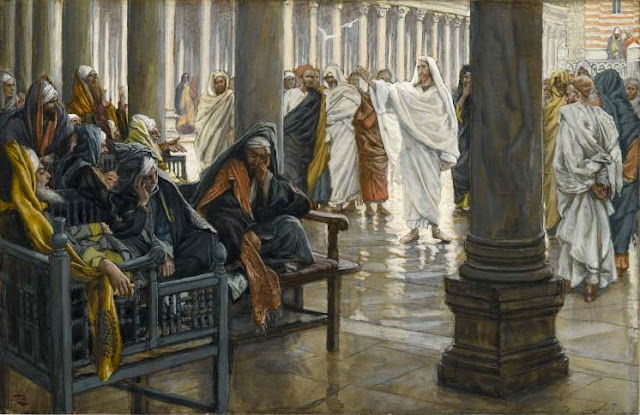 We begin from where we left in the last part covered.

And Jesus answered and spoke to them again by parables and said: 2 “The kingdom of heaven is like a certain king who arranged a marriage for his son, 3 “and sent out his servants to call those who were invited to the wedding; and they were not willing to come. 4 “Again, he sent out other servants, saying, ‘Tell those who are invited, “See, I have prepared my dinner; my oxen and fatted cattle are killed, and all things are ready. Come to the wedding.”‘ 5 “But they made light of it and went their ways, one to his own farm, another to his business. 6 “And the rest seized his servants, treated them spitefully, and killed them. 7 “But when the king heard about it, he was furious. And he sent out his armies, destroyed those murderers, and burned up their city.

The parable of the banquet gives foundation to the prophecy about the destruction of the city of Jerusalem.

It is clear that the reference here is to Jerusalem. Its destruction in AD 70 is clearly predicted here.

In chapter 23 Jesus pronounces seven woes upon the scribes and Pharisees. Verses 13-26 of this chapter looks clear to be a confrontation in judgment over the Jewish leaders. It was harshest ever meted out on anybody. It is striking to note that Jesus had never pronounced a woe on a sinner.

It was pronounced in the temple, in the presence of multitudes. This was the last of the Lord’s public conversation; and it is a most statement he made as a summary of a wicked and hypocritical generation.

The Greek word used for “woe” is ouai; it is hard to translate for it includes not only wrath, but also sorrow. Unlike the beautitudes those in Christ’s spiritual kingdom would be blessed, but those who reject it are damned. It was his pronouncement of judgement.

31 “Therefore you are witnesses against yourselves that you are sons of those who murdered the prophets. 32 Fill up, then, the measure of your fathers’ guilt.33 Serpents, brood of vipers! How can you escape the condemnation of hell?34 Therefore, indeed, I send you prophets, wise men, and scribes: some of them you will kill and crucify, and some of them you will scourge in your synagogues and persecute from city to city, 35 that ON YOU may come all the righteous blood shed on the earth, from the blood of righteous Abel to the blood of Zechariah, son of Berechiah, whom you murdered between the temple and the altar. Matthew 23:33-35 (NKJV)

Jesus’s charge is that the history of Israel is the history of the murder of the men of God sent to her. He says that the righteous men, from Abel to Zacharias, were murdered. The story of Zacharias murdered is found in 2 Chronicles 24:20-22. Zacharias rebuked the nation for their sin, and Joash stirred up the people to stone him to death in the very Temple court; and Zacharias died saying, “May the Lord see and avenge!”

It also interesting to note in the Hebrew Bible, Genesis is the first book, as it is in ours; but, unlike our order of the books, 2 Chronicles is the last in the Hebrew Bible. This is why Jesus referenced that way that the murder of Abel being the first in the Bible story, and the murder of Zacharias the last. From beginning to end, the history of Israel is the rejection, and often the slaughter, of the men of God. The martyr and revenge for God’s saints is a common theme.

Notice, who their blood is come upon; “upon you” — the scribes and Pharisees of the first century; the ones Jesus was then speaking to. See also Luke 11:50-51.

This is also confirmed in the next verse.
Matthew 23:36 (NKJV) “Assuredly, I say to you, all these things will come upon this generation.

Without any ambiguity or room for second guesses it is clear to whom this judgment is meant for and what time. This is one place where all commentators are agreed that “this generation” here means the generation that was living then.

With that in mind let us see what verse 34 of Matthew 24 says. This chapter summarizes that the Jewish people would be judged for their rejection of God’s servants, the kingdom of God would be taken from them, and it would all happen in that generation.

Matthew 23:37-39 (NKJV) “O Jerusalem, Jerusalem, the one who kills the prophets and stones those who are sent to her! How often I wanted to gather your children together, as a hen gathers her chicks under her wings, but you were not willing! 38 “See! Your house is left to you desolate;

What “house” is this? Jesus was referring to Jerusalem, and more specifically the temple. The word “desolate” is the Greek word eremos, it means waste, desert, desolate, solitary, or wilderness. The city and the temple were both destroyed in AD 70. The prophecy was fulfilled.

Then the chapter ends;
Matthew 23:39 “for I say to you, you shall see Me no more till you say, ‘Blessed is He who comes in the name of the LORD!”

Jesus will not again publicly reveal himself to the Jewish leaders until after the week of passion. Unless they acknowledged His Messiahship and repented, they would die in their sins. Some of them did repent, but most of them perished. This synchronizes with what we said “Many are called but few are chosen”

After saying this, Jesus departed from the temple. The parallel of this place can seen in

John 12:36 (NKJV) “While you have the light, believe in the light, that you may become sons of light.” These things Jesus spoke, and departed, and was hidden from them.

He hid himself from them; he appeared no more openly before the people, but remained in privacy with His disciples alone. His visitation has ended and he had given the verdict. It was the end of that Old covenant administration and leadership. (To be continued)

Please feel free to leave your comments. Questions relating to this essence of this post will answered.