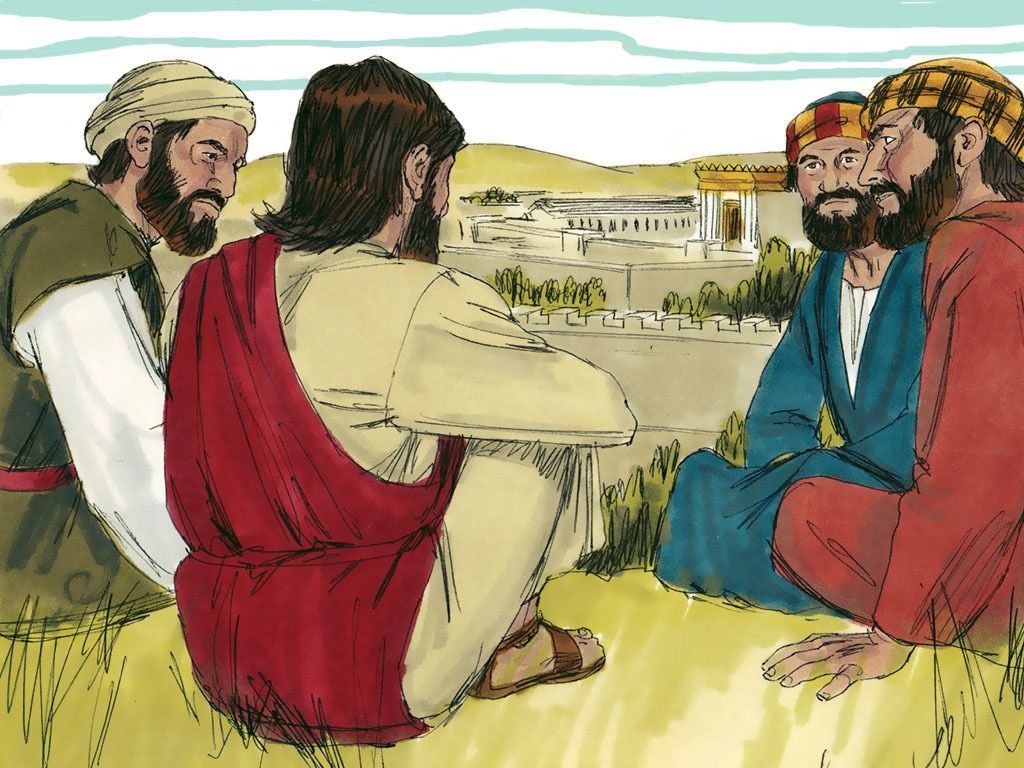 As continue our studies I will to first point out that this book like others was not originally written in chapters. It was done afterwards for easy comprehension but sometimes it has taken the power of the contextual meaning.

As this long discourse which continued from chapter 21 through 23, chapter 24 is not a new set of events unfolding being reported. There’s need for you to ignore the break in chapter 23, and go from the end of chapter 23 right into 24.

This is why Matthew 24 starts like this
“THEN Jesus went out and departed from the temple, and His disciples came up to show Him the buildings of the temple.” Matthew 24:1 (NKJV)

Notice the word “Then”. It is the greek word “Kai” which according to Strong’s dictionary  is a conjunction that joins to a general idea something particular, which is already comprised indeed in that general notion but by this form of expression is brought out more emphatically.

You cannot divorce the beginning of Matthew 24 from the chapter 23. In other words the matter that unfolded must be connected to each other.

This is how it is recorded in Mark
“As He was going out of the temple, one of His disciples *said to Him, “Teacher, behold [a]what wonderful stones and [b]what wonderful buildings!” – Mark 13:1

Luke puts it this way

5 And while some were talking about the temple, that it was adorned with beautiful stones and votive gifts, He said, 6 “As for these things which you are looking at, the days will come in which there will not be left one stone upon another which will not be torn down.” – Luke 21:5

The discussion that Jesus had just had with the scribes and Pharisees took place inside the Temple grounds. Now, as they depart from the Temple (hieron – the temple complex) the words of Jesus, “Your house shall be left to you desolate,” was resounding in their ears.

Why were they pointing out the buildings of the Temple and their magnificence. There is definitely a connection to the lengthy discourse and its implication that was upon the Jewish worship and temple administration through the Scribes and Pharisees.
There was such a reverence for the temple in Jerusalem, all over the Roman civilized world that it seem impossible to dare to imagine that it could ever be destroyed.

Look at the parallels
2 “And Jesus said to them, “Do you not see all these things? Assuredly, I say to you, not one stone shall be left here upon another, that shall not be thrown down.” – Matthew 24:2

2 And Jesus said to him, “Do you see these great buildings? Not one stone will be left upon another which will not be torn down.” – Mark 13:2

“As for these things which you are looking at, the days will come in which there will not be left one stone upon another which will not be torn down.” – Luke 21:6

Jesus predicted that this massive temple would be utterly destroyed in an act of God’s judgement as evidenced from the last parable he gave. According to historical account, after the city was taken, Josephus tell us that General Titus,” gave orders that the soldiers should dig up even the foundations of the temple, and also the city itself.”

This fulfilled the prophecy of Micah 3:12
“Therefore, on account of you
Zion will be plowed as a field,
Jerusalem will become a heap of ruins,
And the mountain of the [a]temple will become high places of a forest.”
We find an interesting discourse Jesus had with the Pharisees again in Luke 19:41-44 that is still related to the prophesied event.
41 When He approached Jerusalem, He saw the city and wept over it, 42 saying, “If you had known in this day, even you, the things which make for peace! But now they have been hidden from your eyes. 43 For the days will come upon you [s]when your enemies will throw up a [t]barricade against you, and surround you and hem you in on every side, 44 and they will level you to the ground and your children within you, and they will not leave in you one stone upon another, because you did not recognize the time of your visitation.”

This was before Jesus drove out those who were merchandising in the temple and denying the people access to God. This was a prophetic demonstration from Jesus of God cleansing the temple so that it would no longer be a den of thieves. The thieves were the people who steal, kill and destroy, through the use of the law. It had to go so that everyone would unrestricted access to the Father no matter who they were.

Notice what happened when Jesus drove out the moneychangers and those who sold in the temple.

When that temple burnt to the ground God made a statement. That administration of the law was judged and God raised a new spiritual temple.

The main issue was that the nation of Israel had rejected Jesus as their Messiah and because of this, they were judged according to their works which saw their temple and city destroyed as had been prophesied. This was Paul’s heart cry.
Brethren, my heart’s desire and my prayer to God for them is for their salvation. 2 For I testify about them that they have a zeal for God, but not in accordance with knowledge. 3 For not knowing about God’s righteousness and seeking to establish their own, they did not subject themselves to the righteousness of God… 21 But as for Israel He says, “ALL THE DAY LONG I HAVE STRETCHED OUT MY HANDS TO A DISOBEDIENT AND OBSTINATE PEOPLE.” (Romans 10:1-3,21)

The fate of Israel was sealed in their rejection of the long awaited Messiah.

Jesus in his encounter with the Samaritan woman at the well said there is a time coming when no one will worship God at Jerusalem. The shadow worship of the temple is being replaced with the reality. (Hebrews 10:1). The Law system was a shadow of the good things to come. The good things were the spiritual things of the gospel. It had been prophesied that Jerusalem would be destroyed and that God would raise a spiritual temple, the church, Christ’s body.

The prophet Amos also had a prophetic insight like many other old testament into the destiny of the Jews.
“Are you not as the sons of Ethiopia to Me,
O sons of Israel?” declares the LORD.
“Have I not brought up Israel from the land of Egypt,
And the Philistines from Caphtor and the Arameans from Kir?
8 “Behold, the eyes of the Lord GOD are on the sinful kingdom,
And I will destroy it from the face of the earth;
Nevertheless, I will not totally destroy the house of Jacob,”
Declares the LORD.
9 “For behold, I am commanding,
And I will shake the house of Israel among all nations
As grain is shaken in a sieve,
But not a [c]kernel will fall to the ground.
10 “All the sinners of My people will die by the sword,
Those who say, ‘The calamity will not overtake or confront us.’

Do recall what Paul said in 1 Thessalonians 5:3
“For when they shall say, Peace and safety; then sudden destruction cometh upon them, as travail upon a woman with child; and they shall not escape.”

11 “In that day I will raise up the fallen [d]booth (Tabernacle) of David,
And wall up its breaches;
I will also raise up its ruins
And rebuild it as in the days of old;
12 That they may possess the remnant of Edom
And all the [e]nations who are called by My name,”
Declares the LORD who does this. (Amos 9:7-12)
When the early church had an issue that led to a council meeting in Jerusalem James confirmed that the Church, the body of Christ, was this tabernacle of David, and it was being raised up at that time they were living in Acts 15:13-16
13 After they had stopped speaking, [e]James answered, saying, “Brethren, listen to me. 14 Simeon has related how God first concerned Himself about taking from among the Gentiles a people for His name. 15 With this the words of the Prophets agree, just as it is written,
16 ‘AFTER THESE THINGS I will return,
AND I WILL REBUILD THE [f]TABERNACLE OF DAVID WHICH HAS FALLEN,
AND I WILL REBUILD ITS RUINS,
AND I WILL RESTORE IT,

The fleshly, earthly tabernacle was a shadow and God destroyed it in AD 70. We now live in a spiritual kingdom, with a spiritual tabernacle, we worship God in spirit and in reality.
With that background in mind, we are now prepared to look at the disciples’ questions in verse 3 of Matthew 24 in the next part. Stay tuned.

Please leave comments below and I request that questions only relating to this post will be addressed for now.