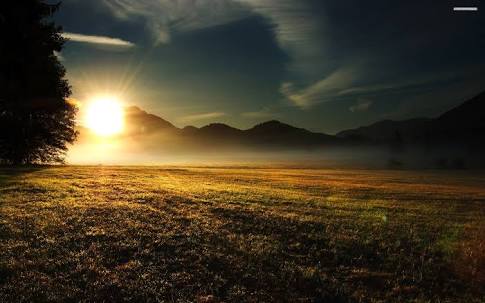 The disciples believed that the coming of Messiah would be simultaneous with the destruction of the city and the temple as we have seen in the previous discussions and build up from the context based on the narrative from chapter 21.

What “these things”? This simply includes the destruction of the temple, which is placed in connection with the end of the age. Unfortunately some translations like the KJV render this as “world.” That has caused tremendous confusion in the interpretation applied by many denominations.

The word aeon means age, era, or a period of time. The expression “end of the age” refers to “the end of the Jewish age.” It is not referring to a physical end of the world. There’s nothing in the context of the discussion that would suggest that this least bit.

Some would say that the bible doesn’t say “Jewish age”. What they would need to understand is that that old covenant age was Jewish and it was what defined the Jewish identity. Jerusalem was the centre of the world to the Jews.

The disciples knew that the fall of the temple and the destruction of the city meant the end of the Old Covenant age and the inauguration of a new age. It is a well known fact that for the Jews time was divided into two great periods– this Mosaic/present age, and Messianic/the age to come.

In between the two ages, a twilight period there will come the Day of the Lord, which will be a time of terrible turmoil, which would be the birth-pangs of a new age.”

Zechariah 14 gives us an overview on what the “Day of the Lord” is and it also connects it with the destruction of Jerusalem.
1 A day of the LORD is about to come when your possessions will be divided as plunder in your midst. 2 For I will gather all the nations against Jerusalem to wage war; the city will be taken, its houses plundered, and the women raped. Then half of the city will go into exile, but the remainder of the people will not be taken away.

The Messiah was the one who would bring in a new world in the new age. This is why we all through the New Testament we see two ages in contrast: “This age” and the “age to come.” The understanding of these two ages is essential in being able to divide the Word.  Without this perspective we still believe that most all of the New Testament prophecies deal with a time future to us.
Now let’s see some scriptures that talk about these two ages.
“Anyone who speaks a word against the Son of Man, it will be forgiven him; but whoever speaks against the Holy Spirit, it will not be forgiven him, either in this age or in the age to come. – Matthew 12:32 (NKJV)

The word “come” at the end of the verse is the Greek word mello, which means “about to be.” We could also put it this way, the “age about to come” (in the first century).

Matthew 13:49-50 (NKJV) “So it will be at the end of the age. The angels will come forth, separate the wicked from among the just, 50 “and cast them into the furnace of fire. There will be wailing and gnashing of teeth.”

The wisdom and rulers of that age were passing away. This was Jewish leaders and the Old Covenant system.
Now all these things happened to them as examples, and they were written for our admonition, upon whom the ends of the ages have come. – 1 Corinthians 10:11 (NKJV)

Paul said very clearly that the end of the ages was upon them in that first century.

God, who at various times and in various ways spoke in time past to the fathers by the prophets, 2 has in these last days spoken to us by His Son, whom He has appointed heir of all things, through whom also He made the worlds; – Hebrews 1:1-2 (NKJV)

Jesus was God’s message in those last days as the words of the prophets were fulfilled in Him.

He then would have had to suffer often since the foundation of the world; but now, once at the end of the ages, He has appeared to put away sin by the sacrifice of Himself. – Hebrews 9:26 (NKJV)

When did Jesus appear on earth? He came at the close of the ages, the end of the Jewish age.

Others include:
The form of this world is passing away (1 Corinthians 7:31 NASB).
He indeed was foreordained before the foundation of the world, but was manifest in these last times for you. 1 Peter 1:20 (NKJV)

Jesus came at the close of that old covenant age. The last days of the age that was the Old Covenant age, the Jewish age. I also call it the age of shadows. Jesus’ disciples believed that His presence would be acknowledged, and so would the end of the age when He arrived in judgement on Jerusalem. That age came to an end with the destruction of the temple in AD 70.

All the things prophesied by Jesus in Matthew 24 occurred at the end of that age. It is not referring to the physical end of the world.
Now we live in what the writers of the New Testament call “the age to come”. We are no longer under the Old Covenant, we live in the Messianic age of the New Covenant.

The age we live in is an endless one, it is an everlasting age.
32 He will be great, and will be called the Son of the Highest; and the Lord God will give Him the throne of His father David. 33 And He will reign over the house of Jacob forever, and of His kingdom there will be no end.” – Luke 1:32-33 – (NKJV)

Now may the God of peace who brought up our Lord Jesus from the dead, that great Shepherd of the sheep, through the blood of the everlasting covenant, Hebrews 13:20 (NKJV)

So far in the series we have seen that the disciples questions all centred around the temple and its destruction. They saw the parousia of the Messiah to happen at the end of the age. Jesus answer is not for a generation 2,000 years after. It was for them to heed to as it had a direct impact on them and their Jewish brethren who would still hang on to that worship that was fading away in that time. Now we have the real deal as the kingdom has been made manifest to us. (To be continued)