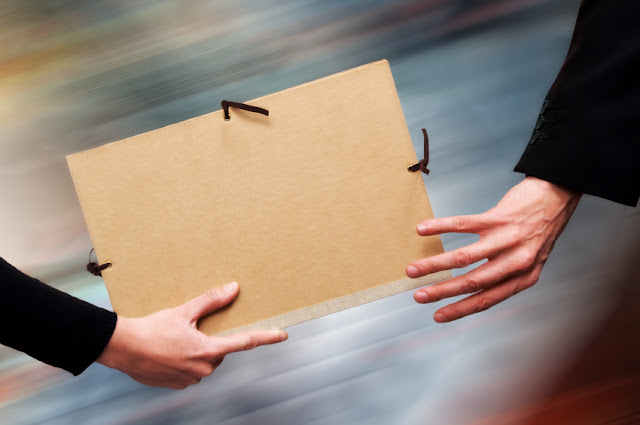 Verse 3 is the most important verse in this whole chapter. If you don’t understand their question, you will never understand Jesus’ answer. We must be sure we understand the questions.

43 “Therefore I tell you that the kingdom of God will be taken away from you and given to a people who will produce its fruit. – Matthew 21:43


John the Baptist at one time also told the Jewish leaders the same thing when they showed up his baptism of the people.

“…You brood of vipers! Who warned you to flee from the coming wrath? 8 Produce fruit in keeping with repentance.  – (Matthew 3:7b-8)


So John told the Jewish leaders that if they didn’t repent which is to change their mind and align to God’s truth that they would be cut off when that tree would be.

10 “The ax is already at the root of the trees, and every tree that does not produce good fruit will be cut down and thrown into the fire.”

This fire is not hell fire but the fires that drowned Jerusalem as he warned them not to hold to their natural lineage. The only way out was to identify with the Spiritual. That is which of faith in Christ and not the bloodline of Abraham.

So when the day of Pentecost was fully come, the signs became very obvious and imminent.

“When the Day of Pentecost had fully come, they were all with one accord[a] in one place. 2 And suddenly there came a sound from heaven, as of a rushing mighty wind, and it filled the whole house where they were sitting.” (Acts 2:1-2)

The rushing mighty wind is the greek word “phero biaios” which means violent thing that carries like a tornado. The wind of Pentecost was to blow away one form of government for another to stay. This was the last days of the Mosaic age. That old covenant was about to be uprooted at its core.


After the disciples spake in tongues, the people around them taught they were drunk. Peter in defense of the church and in proclamation of the truth of the times said.

“In spite of what you think, these men are not drunk, for it is only nine o’clock in the morning. 16But this is what was spoken about through the prophet Joel:  17‘And in the last days it will be,’ God says, ‘that I will pour out my Spirit on all people, and your sons and your daughters will prophesy, and your young men will see visions, and your old men will dream dreams.” (Acts 2)

Notice he said; “THIS IS WHAT” in order words prophecy is being fulfilled. What time is that? “And in the last days”. Peter by the Spirit was able to identify that they were living in the last days.

He was basically telling his Jewish audience that they were living in the days where biblical prophecy about the endtimes, the end of the Jewish age was upon them. It is simply not possible for the last days to have stretched over 2,000 years otherwise it wouldn’t be called “Last days’

What did Peter confirm what to happen in those last days;

I will show wonders in heaven above
And signs in the earth beneath:
Blood and fire and vapor of smoke.
20 The sun shall be turned into darkness,
And the moon into blood,
Before the coming of the great and awesome day of the Lord.


Is Peter saying that the sun would literally turn into darkness and the moon into blood? We have to realize that in prophetic language that symbols are used to convey a deep meaning.

The very first time the sun, moon, and stars were used as symbols in the scriptures, is found in Genesis 37:9-11. When Joseph had a dream and his Father understood that the constellations represented government. A lack of understanding in this area has caused some in the church to prophecy doom on the earth through the appearance of blood moons.

2 And I beheld when he had opened the sixth seal, and, lo, there was a great earthquake; and the sun became black as sackcloth of hair, and the moon became as blood;

13 And the stars of heaven fell unto the earth, even as a fig tree casteth her untimely figs, when she is shaken of a mighty wind.  (Revelation 6:12-13)

The greek word for “Untimely figs” – Greek – Olunthos is “An unripe fig which grows during winter, yet does not come to maturity but falls off in the spring”


The release of God’s Spirit on Pentecost was to announcement a new era. The first Pentecost marked by Jews was the same day that the law was given where 3,000 people died at the foot of the mountain. Now with the presence of the Holy Spirit the reverse occurred as 3,000 souls were added to the church. This signified that the fact the law kills but the Spirit gives life.


Jesus also previously narrated a parable in this regards about the fruits from that old tree.

6 Then Jesus told this parable: “A man had a fig tree planted in his vineyard, and he came looking for fruit on it and found none. 7 So he said to the worker who tended the vineyard, ‘For three years now, I have come looking for fruit on this fig tree, and each time I inspect it I find none. Cut it down! Why should it continue to deplete the soil?’

8But the worker answered him, ‘Sir, leave it alone this year too, until I dig around it and put fertilizer on it. 9Then if it bears fruit next year, very well, but if not, you can cut it down.’”


This was a perfect description of Jesus ministry on earth with the Jews. He came to the vineyard and it offered him nothing for the 3 years he had in his ministry towards them. He came them a final chance. His ministry ended before the 4th year. So the judgment was passed in his death. That fig tree had to go! The day of Pentecost was God confirming the speaking in other tongues that those don’t embrace his rest would bring themselves into condemnation.

This judgment was well spoken of Isaiah:

9 Whom shall he teach knowledge? and whom shall he make to understand doctrine? them that are weaned from the milk, and drawn from the breasts.

11 For with stammering lips and another tongue will he speak to this people.

12 To whom he said, This is the rest wherewith ye may cause the weary to rest; and this is the refreshing: yet they would not hear.

14 Wherefore hear the word of the Lord, ye scornful men, that rule this people which is in Jerusalem.

15 Because ye have said, We have made a covenant with death, and with hell are we at agreement; when the overflowing scourge shall pass through, it shall not come unto us: for we have made lies our refuge, and under falsehood have we hid ourselves:

I like the way the NIV captures. It identifies that this message is for the Jews:

13 So then, the word of the Lord to them will become:
Do this, do that,
a rule for this, a rule for that;
a little here, a little there—
so that as they go they will fall backward;
they will be injured and snared and captured.

The living under the law produced death. The administration of that covenant that produced was to be removed but those that clung to it would also suffer its own fate as they would trapped in it.

Now in the New covenants the fruits are produced by the Spirit in us. Now the kingdom is in us and men will see the goodness of God through the manifestation of His personality in our lives.