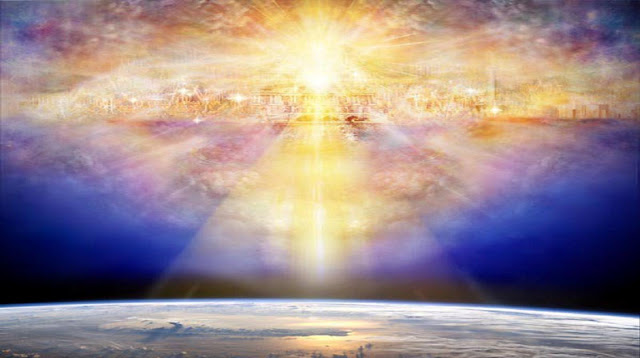 There is one major reason why America will not be the major economy and voice. It is not because the terrorists or Arabs will destroy it, neither because of some questionable moral issues (gay marriage, pornography et all) or the influx of foreigners.
I believe the major reason she will not stand as great in the future is because the nations even in less developed areas will rise and their economies and administrations will stand shoulder to shoulder with her. This will not be because of smart policies or strong armies. It will be because of the influence of God’s kingdom on the earth.
Politics will fail, policies will not get us our dreams. Currencies will fluctuate and it will not guarantee the future. Don’t despair because of the troubles of our world today, grace will work more exceedingly. The solution to the earth failing system is not for God to destroy the earth or introduce a rapture for Christians to escape.
“44 “During the reigns of those kings, the God of heaven will set up a kingdom that will never be destroyed; no one will ever conquer it. It will shatter all these kingdoms into nothingness, but it shall stand forever, indestructible. 45 That is the meaning of the Rock cut from the mountain without human hands—the Rock that crushed to powder all the iron and brass, the clay, the silver, and the gold.” (Daniel 2)
The power of the kingdom is extensive. The influence of the kingdom is extensive. The kingdom is like leaven.It will work its way from the inside out. Like Jesus said in Matthew 13:”33 He spoke another parable to them, “The kingdom of heaven is like leaven, which a woman took and hid in three pecks of flour until it was all leavened.”
31 He presented another parable to them, saying, “The kingdom of heaven is like a mustard seed, which a man took and sowed in his field; 32 and this is smaller than all other seeds, but when it is full grown, it is larger than the garden plants and becomes a tree, so that THE BIRDS OF THE AIR come and NEST IN ITS BRANCHES.” (Matthew 13)
The kingdom was fully established at the fall of Old national Jerusalem and it has since been transforming lives. It transforms society by its hidden influence. I read recently that 95% of the world’s population presently have part of the Bible or all of the Bible in their language. There are now about 50 million plus Christians in China. I discovered that Cuba has 50 Christian denominations operating there under Fidel Castro? Somebody estimated that about 65,000 people profess to give their lives to Christ daily somewhere in the world.
The world doesn’t see it now. It can’t be seen. It’s a way that God advances His kingdom. The kingdom in us is the sphere of our influence. The influence is a grace influence that will exalt Jesus and the glory of the Lord all over the earth. The heavenly Jerusalem is here and we will witness how the heaven at work in us will transform the earth to reflect the heart of our Father.
That day is coming, the glory is at work. When the glory of the Lord will be seen in any remote place on the earth that will cause an abundance to saturate anywhere. His kingdom at work in us is the hope of glory.