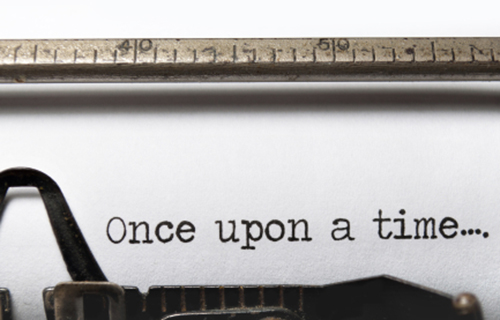 The understanding of the grace of God is my greatest personal discovery in life and it has led me to really reassess who I believed God was and how he transacted with men. I had to go from seeing grace as a topic to preach about to a person I can embrace. I had to transit from earning grace to finding grace in the eyes of Jesus.

My life and ministry changed for the best over the years in this transition. I now understand and live in the rest that Jesus invited us into.

I recently read a post written by one of my close friend and brother in the ministry Pst. Emmanuel Ameh. I was deeply touched and inspired in how he could reach deep to unveil grace more than a new testament concept.

“For the grace of God that brings salvation has appeared to all men” Titus 2:11

The greatest revelation you can have of grace is that grace is a person and that person is Jesus.
Grace can be taught, it should be learnt but it must be revealed. The appearance of Grace is in the teaching, learning and the revelation of it by the word.

When the grace of God appeared to all men He appeared teaching ( check verse 13 of our text). Jesus Christ’s ministry was mostly teaching – miracles followed the revealing and unveiling of God through Him. He is the word revealed.

An awareness of an aspect of God ushers men into a move/wave e.g. Faith movement, Healing, Revival etc.

Each began with a word, a revelation, an awareness of God in part.

Grace is the fullness of God unveiled to us and of this fullness we do receive.

Did I hear somebody say that Grace is a new DOCTRINE/TEACHING?

It was grace at work when God created the heavens and the earth – He didn’t need to. He is God all by Himself needing non of us to make Him God or to make Him more God-ly.
It was grace at work when He created all things for man, to bring man into comfort, joy and rest.
It was grace at work when He created man – not just creating him but in His own image.
It was grace when He clothed man after the fall.
It was grace at work when He received the sacrifice of Abel – yeah, I know you will say it was faith but how can faith work without grace? What makes provision for what faith takes or draws from? In my opinion it is grace that provides what faith rest on for manifestation. God makes all things from nothing but man makes things from something and that is from what God has made available by His grace. Do you understand this? It is not complicated; it is simple if you look again. Eph. 2:8 says it better – faith works through faith and grace by faith.
It was grace that separated Noah.
It was grace that called Abraham out to the promised land….don’t mistake the promised land just as a place – it is actually a person and that is Jesus. The land was physical yo the senses but also figurative as a person.
It was grace that picked Moses and still grace up until the people asked for the commandment like other nations.
Do you see the grace story all the way from the old or before the old even.
Grace is the original covenant God entered into with man. It was done with man asleep that is, Abraham slept all through and it was more like a vision for him. God carried it out and all Abraham needed to do was BELIEVE and it was counted unto Him for righteousness. This was 430 years before Moses I.e. The law was given.
You can only fully satisfy the requirement of Grace sleeping I.e. At rest in what God can do and has done for you I.e. You can only fulfill Grace’s requirement BELIEVING.
The law on the contrary requires you to be wide awake in obedience to fulfill it the sad news is you can’t. The more awake you are in obedience to the law, the more you will fail in it. You can’t keep it.It has been kept in Jesus Christ what you need is to be kept in Him also and you would have fulfilled the law in Him.
We have a part in this today by the seed of Abraham – we have a part in this glorious covenant of grace by Jesus Christ.
God bless you – Pst. Emmanuel Ameh