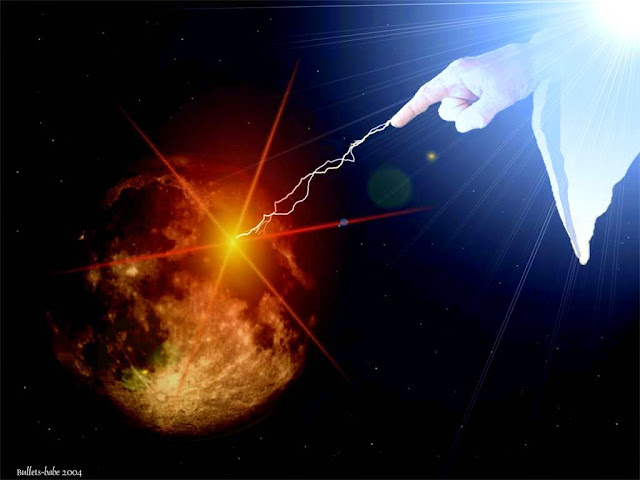 I get the question a lot nowadays, “If Jesus took the wrath of God on the cross, how come He brought about the destruction of Jerusalem in 70AD?”
This question seems to be arising from those grappling with the reality of grace as well as stepping into good eschatology (www.Raptureless.com).
There exists some branches of the church that teach that Jesus was the sponge that soaked up all of God’s wrath at the cross thus making us “unpunishable.” Some go further and say that God no longer has any wrath after the cross.
With these questions about Wrath floating around, I decided to go back to my trusty Strong’s Concordance and look up every reference to “Wrath” from Matthew-Jude.
Here is what I have come to understand.
There is no indication that God poured out His wrath upon Jesus on the cross.
Jesus was the perfect lamb sacrifice and based upon the system of Old Testament Atonement/Propitiation; the Lamb was never punished with wrath because of the human owner’s sin. The animal merely stood in the place of the owner and shed its blood for the covenant to provide forgiveness. God did not punish God to free us from the wrath of God. Jesus shed His blood to cut a New Covenant with the Father to Forgive our sins and remember them no more. God didn’t make Jesus pay for our sins, Jesus and God created a New Covenant, which forgave us the debt of our sins. (Hebrews 8:6-13)
God has wrath before the cross.
The Old Testament has 151 references to the word Wrath, whereas the New Testament has 46. In Matthew 3:7 and Luke 3:7 we find John the Baptist rebuking the Pharisees and speaking of their future destruction in 70AD He says that the axe is already laid to the root and that they won’t be saved by claiming that Abraham is their father. He goes on and says of 70AD, “Who warned you to flee from the wrath to come?” Also in Luke 21:23 Jesus speaks of the 70AD massacre of Jerusalem and refers to it as the great distress and the wrath upon the people.
God did have wrath after the cross
The death of the Perfect Lamb on the cross has provided us with a New Covenant of forgiveness. The Old Covenant provided Laws which when broken caused the Wrath of God to come upon people. Thus what Romans 4:15 says, “Because the law worketh wrath: for where no law is, there is no transgression.” For those standing inside Christ in the New Covenant, there is absolutely NO wrath, judgment, or anger. Yet for those in the First Century that were not willing to enter into the New Covenant and in fact killed Jesus and persecuted the early church, there was wrath building up against them. “The law worketh wrath…”and the first century Pharisees clung to the law and built wrath up against themselves.
They were what Paul called the sons of disobedience
“Let no man deceive you with vain words: for because of these things cometh the wrath of God upon the children of disobedience.” Eph 5:6
“For which things’ sake the wrath of God cometh on the children of disobedience:” Col. 3:6
1 Thessalonians gives us the clearest clues that the wrath of God was not poured out at the cross upon Jesus but was actually being filled up until the Days of Vengeance (Luke 21:22) when the Lord took His vengeance out on those that killed Him and declared judgment upon their own heads (Matthew 27:25). When God would avenge the early church in 70AD (Romans 12:19).
Notice the first century relevance of the following verses:
“Jesus, who rescues us from the coming wrath.” 1 Thessalonians 1:10b
“For God did not appoint us to suffer wrath but to receive salvation through our Lord Jesus Christ.” 1 Thessalonians 5:9
“For you, brothers and sisters, became imitators of God’s churches in Judea, which are in Christ Jesus: You suffered from your own people the same things those churches suffered from the Jews who killed the Lord Jesus and the prophets and also drove us out. They displease God and are hostile to everyone in their effort to keep us from speaking to the Gentiles so that they may be saved. In this way they always heap up their sins to the limit. The wrath of God has come upon them at last.” 1 Thessalonians 2:14-16
Here is the skinny.
Jesus came as the King in the manger. He demonstrated His kingdom during His ministry. Jesus spoke of the New Covenant at the Last supper and inaugurated it upon the cross thus declaring that the establishment of the New Covenant was now “finished.” The Old Covenant although obsolete and outdated had not yet disappeared according to Hebrews 8:13. Therefore throughout the New Testament you have Jesus the King, His Kingdom has been established and is growing (Matthew 13:31-33) the New Covenant arrived at the cross but the Old Covenant has not disappeared yet.
This leads to those that are sons of disobedience which cling to the law which brings wrath (Rom 4:15), continuing to persecute the first century church until the wrath of God is filled up (1 Thess. 2:14-16) and poured out upon them in 70AD.
Did God still have wrath after the cross? Yes, the cross did nothing about the wrath of God. The wrath of God was connected to the Old Covenant system, which existed and continued until its final destruction in 70AD (Hebrew 8:13).
Why did God judge all those people in 70AD? God judged the Old Covenant and those that clung to the sinking ship drowned with it. Those the turned to the New Covenant of Christ were saved from the Day of Wrath. Josephus records that out of the 1.1 million Jews that were killed in the slaughter of 70AD, not one Christian died.
So to answer the question, does God still have wrath? No, we are under a New Covenant; and the Old Covenant that created wrath has been removed.
– Jonathan Welton
You can read more from his blog at http://disruptingculture.com/