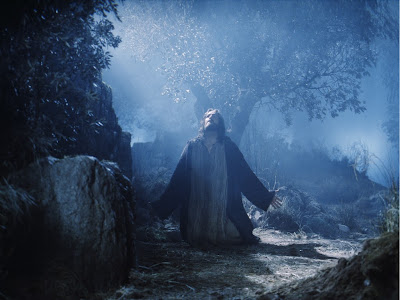 Long time ago in the perfect garden called Eden man was placed there by God. Why? Many people would say God created man so that He could serve Him. That answer though looks good is still short of why God would man and placed him in a garden of abundance. If we don’t understand God’s original purpose we will live in abuse (abnormal use) of our lives.

The record of creation seems to say that God the creator spent six days preparing the home for man. That already shows you a divine being that is going all out to impress someone. The bible opens up with the revelation of the love of God for man. He took his time to create a perfect home for this man. It seems that this God was living to please and serve someone that was still an idea in his heart.

So after creating a home for man then he proceeded to create Adam from his own image and after his likeness. He reproduced his reflection and gave him dominion to rule over the earth. In one word this man was made god on earth.
Psalm 8:3-5 says “When I consider Your heavens, the work of Your fingers, The moon and the stars, which You have ordained, What is man that You are mindful of him, And the son of man that You visit him? For You have made him a little lower than the angels, And You have crowned him with glory and honor.”

The word translated “Angels” is actually “Elohim” in the Hebrew which is God. This man was made a little lower than God in authority. God didn’t create a servant because there was so many office work in the headquarters heaven called and he needed someone to serve him do the extras. God was not power-hungry that if man was not created he may fail due to loneliness and a poor self-esteem.   This God on the contrary created man for his pleasure, a being that he could love and share his life like a husband would a wife. He was created man for his delight.

Revelation 4:11 says “Thou art worthy, O Lord, to receive glory and honour and power: for thou hast created all things, and for thy pleasure they are and were created.”

It was his delight to create this man, empower him with his breath, surround him with glory and honour and place him in a garden called Eden (Eden means pleasures) for him to be comfortable. Then one day one “cunning” serpent appeared and convinced Adam and Eve that this same loving God was withholding from them something that would make them like him. They both fell not because they were hungry to eat the fruit but because the love of God was in doubt. After they ate the fruit they forfeited God’s glory and sin opened the door for death to reign upon all men.

Man’s disobedience sentenced him to mental torture. Condemnation came in and he hid himself from Love himself when he came into the garden. When condemnation regined in the man’s conscience it didn’t matter that he was in the place of pleasures and abundance. Condemnation cut him off from life and death found a platform to express itself. That spirit has reigned through mankind. Many people feel God cannot do anything with them because of their sins. They see an angry no thanks to religion that is always trying to made dead sacrifices to appease God so that he could show mercy. Religion has ended up producing servants but Christ showed us relationship that produces sons.

Many are sick, diseased, oppressed because of the root of condemnation in their life because of sin. Even believers are still struggling in condemnation and some have given up on God. Condemnation has disqualified from God and his blessings. This is the reason Jesus came: To destroy the work of the devil by nailing to the cross the law that declared unfit for God’s mercy and goodness.

18 Consequently, just as one trespass resulted in condemnation for all people, so also one righteous act resulted in justification and life for all people. 19 For just as through the disobedience of the one man the many were made sinners, so also through the obedience of the one man the many will be made righteous.” – Romans 5:15-19

So as in the same manner as Adam in the garden, what began in the garden must also end in the garden. Jesus was hard-pressed in his prayers. The night before he was crucified he was there to pray but it was a different prayer experience. Jesus moved a little way from three of his disciples to pray, and twice He asked His Father to remove the cup of wrath He was about to drink, but each time He submitted to the Father’s will. He was “exceedingly sorrowful unto death,”

Why was he so sorrowful that his sweats had drops of blood in it. Off course it wasn’t because he was afraid of death. He was telling his disciples of his death so he knew his mission. The key is this: Jesus lived a perfect life and committed no sin. Since no sin was found in him death could not touch him. So the million dollar question is this: How did death find him?

Death found Jesus through condemnation. He was the sacrificial lamb of God to cleanse the sins of man. As it was the order given to Moses and Aaronic priesthood, they would lay their on a spotless lamb before offering up as a sacrifice. This act signified the transference of their sins upon the lamb and their absorption of the lamb’s innocence. This was shadow of reality to come. Jesus was so to receive the imputation of man’s sins. In doing he also had to receive the condemnation of sins. So in that garden he was under a very heavy height as we receive the condemnation of all sins for mankind for all time. The guilt he felt could not be described, the anguish in his soul was lethal. No one else could do this. Oh what love.

In that garden of Gethsamane the condemnation upon all us was reversed. The prophet said in Isaiah 53:3-4 “He was despised and rejected by mankind, a man of suffering, and familiar with pain. Like one from whom people hide their faces he was despised, and we held him in low esteem. Surely he took up our pain and bore our suffering, yet we considered him punished by God, stricken by him, and afflicted.”

The conclusion of the matter is this: There is therefore now no condemnation to those who are in Christ Jesus. Why? Because he has been condemned for all your life time of sins. God has judged Jesus on your behalf so that He can enjoy that garden of Eden experience with you. He created you for his delight. He longs to love you everyday more than you can ever be yourself. You are His beloved!