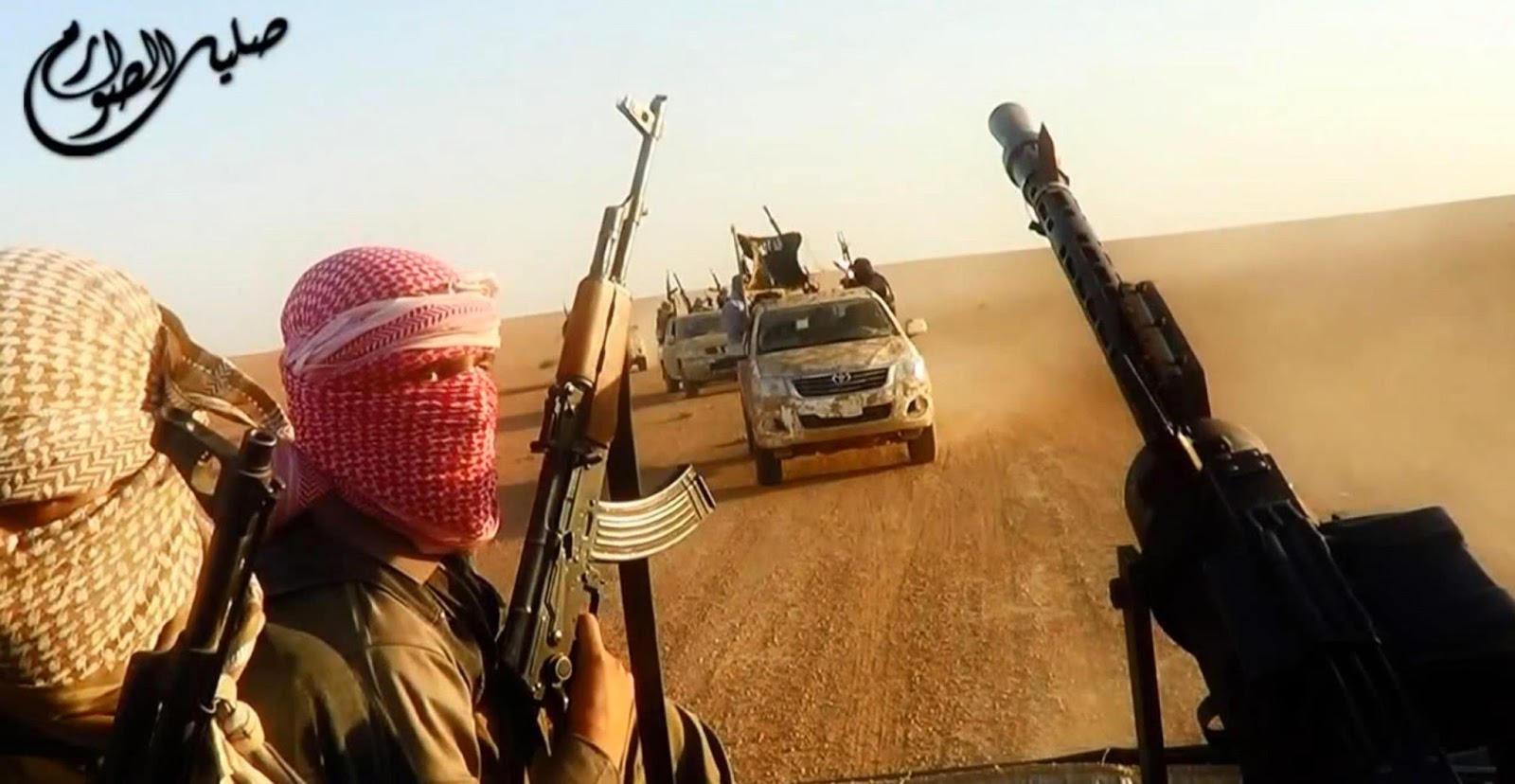 The beheading of some Christians on a beach in Libya by ISIS is the recent news that has caused concern over extremists forcing religion to be a ticket for life and death.
It is indeed a gory site to watch the video. It seems their operations are spreading and their determination to expand throws fear into the heart of many.
Another worrisome trend that has arisen again is a situation where we Christians start to interpret our Bible with the situations happening around us. The headlines now help us explain the scriptures. A situation which is also another extreme ideology that is also suicidal to living the life God has given. It will inhibit the church making advances with the kingdom influence we possess.
There are recent claims in some places that ISIS is the beast in the book of Revelation. I don’t think the scriptures support that notion.
Matthew, Mark, and Luke all record in their gospels an event referred to as the Olivet Discourse (see Matt. 24, Luke 21, Mark 13) It is Jesus’ longest recorded prophecy in the gospels. In it, Jesus declared the coming destruction of Jerusalem within a generation (forty years), which was fulfilled exactly by AD 70.
Jesus prophesied the end of the Mosaic age which coincided with the destruction of the temple and the land. He gave various signs that would guide the Apostles and secure them in the midst of it.
The gospel of John does not include this notable prophecy. The book of Revelation was John’s version of the Olivet Discourse only that it came in a different fashion. While on the Isle of Patmos, Jesus visits him with a much more detailed and dramatic version of the Olivet Discourse. His writings replayed the pattern that Ezekiel employed when he also wrote about the destruction of Jerusalem that occurred 586BC.
So we have a duty to interpret with audience relevance in mind, time-statements, locality, prophetic language and context which is always KEY.
In Matthew 23 and as well as other places  Jesus’ teaching on the vindication of the martyrs is the significant text for understanding the plot of End of the Age which Revelation is a journal about. The elements that he gave includes killing of the prophets, his own martyrdom, the martyrdom of his first century apostles and prophets. He said that it would fill up the measure of sin and imminent judgment upon that generation.
“Therefore you are witnesses against yourselves that you are sons of those who murdered the prophets. 32 Fill up, then, the measure of your fathers’ guilt. 33 Serpents, brood of vipers! How can you escape the condemnation of hell? 34 Therefore, indeed, I send you prophets, wise men, and scribes: some of them you will kill and crucify, and some of them you will scourge in your synagogues and persecute from city to city, 35 that on you may come all the righteous blood shed on the earth, from the blood of righteous Abel to the blood of Zechariah, son of Berechiah, whom you murdered between the temple and the altar. 36 Assuredly, I say to you, all these things will come upon this generation.”(Matthew 23:31-36)
“Behold, He is coming with clouds, and every eye will see Him, even they who pierced Him. And all the tribes of the earth will mourn because of Him. Even so, Amen.” (Revelation 1:7)
As regards the beast in Revelation let us also know that 2 Beasts were actually mentioned.
“Then I stood on the sand of the sea. And I saw a beast rising up out of the sea, having seven heads and ten horns, and on his horns ten crowns, and on his heads a blasphemous name.” (Revelation 13:1)
“Then I saw another beast coming up out of the earth, and he had two horns like a lamb and spoke like a dragon.” (Revelation 13:11)
In Revelation 13, one thing that we notice is that there is a partnership between the sea beast and the land beast. The land beast supported the sea beast in his opposition to the saints. This partnership is hinted at even in chapter 11, where the two witnesses’ ministry is in the city “where the Lord was slain” and then “the beast” arises and participates in their death. This gives you context as to location. Our Lord was crucified in Jerusalem.

In other words, in Revelation 11 and 13 the two beasts work together in an unholy partnership, persecuting the saints thereby  filling up the eschatological measure of sin  (Revelation 17-18) resulting in the imminent judgment of “Babylon,” the city guilty of shedding all the blood shed on the earth

“Rejoice over her, O heaven, and you holy apostles[a] and prophets, for God has avenged you on her!” 21 Then a mighty angel took up a stone like a great millstone and threw it into the sea, saying, “Thus with violence the great city Babylon shall be thrown down, and shall not be found anymore. 22 The sound of harpists, musicians, flutists, and trumpeters shall not be heard in you anymore. No craftsman of any craft shall be found in you anymore, and the sound of a millstone shall not be heard in you anymore. 23 The light of a lamp shall not shine in you anymore, and the voice of bridegroom and bride shall not be heard in you anymore. For your merchants were the great men of the earth, for by your sorcery all the nations were deceived. 24 And in her was found the blood of prophets and saints, and of all who were slain on the earth.” (Revelation 18:20-24)
In Revelation 17 we see “Babylon” the “Harlot” sit on the beast, and the beast sits on seven hills. What many people are not aware of is that Rome was known in history as the city upon seven hills.
This Babylon was national Israel. She simply sits upon and is carried by the beast. Since the heads are also seven kings, they also symbolize the kings of the empire carrying Jerusalem.” So, the woman (Babylon) is not the beast, the woman rides on the beast. Babylon sits on the seven hills. The seven hills equal the beast.

We should also note that in Revelation 13 the two beasts come from two different sources, the sea and the land. The sea represents the Gentile nations, while the land represents Israel.