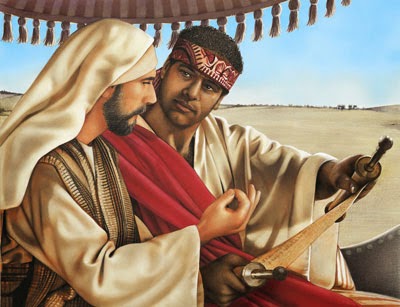 It’s important to realize that the new covenant as the scripture says is better than the old. It is better not just because it is new and we don’t have to physically kill ram and goats. It’s better mainly because it was struck between the Godhead and the man Jesus Christ. This agreement which is first and foremost infallible has different terms and conditions for the beneficiaries of it.

When you look closely at the law of Moses you will notice the exclusivity of it. First of all it was for the Jews and not the gentiles even though many today still clamour for its observance to qualify your salvation. Though the Bible says it differently.
“Now we know that whatever the law says, it says to those who are under the law,…” Romans 3:19a
Because of the nature of the law and how it was introduced, a careful study would reveal to you the essence of it. It was man’s attempt to prove to be as good and holy as God in order to measure up to His standards.
That demanded perfection in everything. No form of defect or imperfection was tolerated to the point that the priests who ministered must be examined and certain classes of people could not come close to the sanctuary.
Your imperfection was a point for disqualification in the ministry of the Old covenant. It wasn’t only just sin but you also had to be perfect in body.
Let’s see Leviticus 21:16
16 The LORD spoke to Moses: 17 “Tell Aaron, ‘No man from your descendants throughout their generations who has a physical flaw is to approach to present the food of his God. 18 Certainly no man who has a physical flaw is to approach: a blind man, or one who is lame, or one with a slit nose, or a limb too long, 19 or a man who has had a broken leg or arm, 20 or a hunchback, or a dwarf, or one with a spot in his eye, or a festering eruption, or a feverish rash, or a crushed testicle.
An imperfect person could not offer an acceptable offering to God in the Old covenant. There had no access to the sanctuary. The only way they enjoy the blessings of the covenant was when they offered a lamb perfect, spotless and without blemish. That lamb became their representation.
So you can imagine that a man with a fever could not offer up an offering in church or a man could not worship in your local assembly because his hands were slightly longer than normal after the Ushers measured his hands.
The Ethiopian Eunuch we see in the book of Acts was returning home from his intention to worship in Jerusalem. The scriptures don’t tell us that he was able to worship. Why? Because he wasn’t allowed into the sanctuary as the law also forbade Eunuchs (v20)
The Spirit of God sent Phillip to him to give the waters that would quench his thirst forever; The Gospel. That is our duty today as ministers of the New covenant. To serve men the gospel which is the power of God unto salvation. Phillip showed Him a greater Eunuch that was depleted of all so that his death and resurrection ensured a new life of abundance for all who believed in Him. No disqualification whatsoever! That answered the 2 questions in the heart of the Ethopian Eunuch.
“How can I,” he said, “unless someone explains it to me?”
“The eunuch asked Philip, “Tell me, please, who is the prophet talking about, himself or someone else?” (Acts 8:31,34)
Phillip’s answer is the answer to the confusion of who can offer an acceptable offering to God in this new covenant.
Then Philip began with that very passage of Scripture and told him the good news about Jesus. (vs 35)
Today there are no restrictions whoever you are. If you are in Christ, you are a new creation that is complete (whole) in Him. Now you can offer up your service and sacrifice of praise to God and he is not counting anything against you to reject your offering or your person.
God is not looking for any defects in you because He sees you perfect in your lamb, Jesus. Don’t let anyone tell you that God can’t receive your worship because of any form of defect. Jesus in now your qualification and you are complete and perfect in Him.

I leave you with Colossians 2:10The Message (MSG)

8-10 Watch out for people who try to dazzle you with big words and intellectual double-talk. They want to drag you off into endless arguments that never amount to anything. They spread their ideas through the empty traditions of human beings and the empty superstitions of spirit beings. But that’s not the way of Christ. Everything of God gets expressed in him, so you can see and hear him clearly. You don’t need a telescope, a microscope, or a horoscope to realize the fullness of Christ, and the emptiness of the universe without him. When you come to him, that fullness comes together for you, too. His power extends over everything.