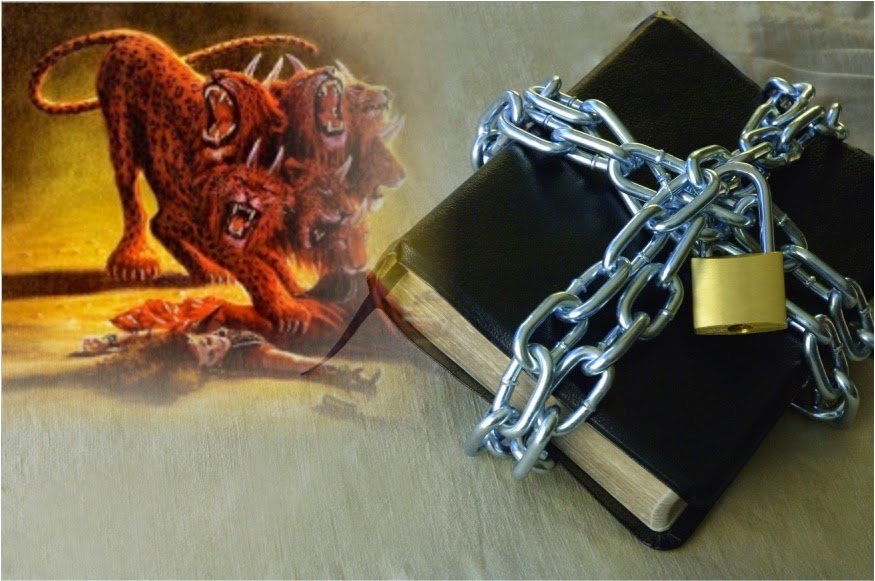 It still remains a mystery to me how someone can read the Olivet discourse in Matthew 24 and interprete it away from the destruction of Jerusalem, and relate it to the end of the world especially when Jesus himself said, All these things shall be fulfilled in this generation.
Many fictional authors speculate that the Great Tribulation is going to be in our nearest future. One that keeps changing in their uncertain prophetic fulfillment calendar. The truth is that the events of the AD 70 destruction of Jerusalem fulfilled the prophecy of the Great Tribulation and fortunately will never be repeated. There is no future Great Tribulation.
Off course there will continue to be trials, tribulations, and persecutions, but the Great Tribulation or “the Time of Jacob’s Trouble,” as prophesied by Jesus, has already happened just as He said it would and within the generation time frame that He declared (see Matt. 24:34).
The Context
In Matthew 23, Jesus unleashed the harshest of His recorded sayings. He declared a whole chapter’s worth of woes upon the religious leaders and denounced them publicly. He ended by saying,
And so upon you will come all the righteous blood that has been shed on earth, from the blood of righteous Abel to the blood of Zechariah son of Berekiah, whom you murdered between the temple and the altar. Truly I tell you, all this will come on this generation. Jerusalem, Jerusalem, you who kill the prophets and stone those sent to you, how often I have longed to gather your children together, as a hen gathers her chicks under her wings, and you were not willing. Look, your house is left to you desolate (Matthew 23:35-38).
For the disciples this was a shocker to see Jesus eat out the religious leaders. They understand what he meant by the woes he declared and knew it was a full scale judgment.
They then followed Him away from the Temple to ask Him follow-up questions.
Jesus left the temple and was walking away when his disciples came up to him to call his attention to its buildings. “Do you see all these things?” he asked. “Truly I tell you, not one stone here will be left on another; every one will be thrown down.”
As Jesus was sitting on the Mount of Olives, the disciples came to him privately. “Tell us,” they said, “when will this happen, and what will be the sign of your coming and of the end of the age?”(Matthew 24:1-3)

Jesus declared that the Temple and its buildings would be destroyed, and the disciples, no doubt enthralled, asked Him to tell them “when will this happen?” Jesus replied with eight signs of the coming destruction:
One of the signs he mentioned that herald the end of the Mosaic age was the great persecution of the church.
Our Lord Jesus related to the persecution of His disciples:

“They shall lay their hands on you and persecute you, delivering you up to the synagogues and into prisons, being brought before kings and rulers for my name’s sake;” (Luke 21:12)—”and they shall deliver you up to councils, and in the synagogues ye shall be beaten;” (Mark 13:9)—”and some of You shall they cause to be put to death” (Luke 21:16).

In the very infancy of the Christian Church, unprovoked cruelties began to be inflicted.
To begin with Our Lord and his forerunner, John the Baptist, were the first to taste to death. The apostles Peter and John were first imprisoned, and then, together with the other apostles, were scourged before the Jewish council.

12 Beloved, do not think it strange concerning the fiery trial which is to try you, as though some strange thing happened to you; 13 but rejoice to the extent that you partake of Christ’s sufferings, that when His glory is revealed, you may also be glad with exceeding joy. 14 If you are reproached for the name of Christ, blessed are you, for the Spirit of glory and of God rests upon you.[d] On their part He is blasphemed, but on your part He is glorified.

John in Revelation of the situation revealing the call of the saints to bring to an end the persecution of the church.

9 When He opened the fifth seal, I saw under the altar the souls of those who had been slain for the word of God and for the testimony which they held. 10 And they cried with a loud voice, saying, “How long, O Lord, holy and true, until You judge and avenge our blood on those who dwell on the earth?” 11 Then a white robe was given to each of them; and it was said to them that they should rest a little while longer, until both the number oft heir fellow servants and their brethren, who would be killed as they were, was completed. (Revelation 6)
This corresponds to what Peter wrote in 2 Peter 3:8-9:
But, beloved, do not forget this one thing, that with the Lord one day is as a thousand years, and a thousand years as one day. 9 The Lord is not slack concerning His promise, as some count slackness, but is longsuffering toward us,[b] not willing that any should perish but that all should come to repentance.
The Lord avenged the church because he takes it personally when anyone comes against His bride. Just like he told Paul “Why are you persecuting me”. The verdict was given in Revelation 16:1-6 upon the land of Israel as a final judgment to the end of the Jewish world.
Then the third angel poured out his bowl on the rivers and springs of water, and they became blood. 5 And I heard the angel of the waters saying:
“You are righteous, O Lord,[b] The One who is and who was and who is to be,[c] Because You have judged these things. 6 For they have shed the blood of saints and prophets, And You have given them blood to drink. For[d] it is their just due.”
Israel which had divorced her husband Jehovah and become apostate was prophetically refered to Babylon meaning land of confusion. She met her final fall for making judgment on God’s chosen; the church. She refused mercy and wanted to judged by the law; according to their deeds. She got what she traded for in Revelation 18:1-8
After these things I saw another angel coming down from heaven, having great authority, and the earth was illuminated with his glory. 2 And he cried mightily[a] with a loud voice, saying, “Babylon the great is fallen, is fallen, and has become a dwelling place of demons, a prison for every foul spirit, and a cage for every unclean and hated bird! 3 For all the nations have drunk of the wine of the wrath of her fornication, the kings of the earth have committed fornication with her, and the merchants of the earth have become rich through the abundance of her luxury.”
4 And I heard another voice from heaven saying, “Come out of her, my people, lest you share in her sins, and lest you receive of her plagues. 5 For her sins have reached[b] to heaven, and God has remembered her iniquities. 6 Render to her just as she rendered to you,[c] and repay her double according to her works; in the cup which she has mixed, mix double for her. 7 In the measure that she glorified herself and lived luxuriously, in the same measure give her torment and sorrow; for she says in her heart, ‘I sit as queen, and am no widow, and will not see sorrow.’ 8 Therefore her plagues will come in one day—death and mourning and famine. And she will be utterly burned with fire, for strong is the Lord God who judges[d] her.
Amidst the challenges, oppression and great tribulation the church continued and has survived centuries of persecution. Today’s it’s just getting better because the kingdom of God cannot be stopped. It will continue until the glory of the Lord covers the earth like the waters cover the sea.
There’s no need to fearfully anticipate another great persecution that would bring the end of the world. That has been fulfilled. We look now forward to the triumph of the church over the spirit of Ismael, those who would slander the gospel of grace. As always the church wins! Grace to you.
Credits:
www.biblestudytools.com, www.ecclesia.org, en.wikipedia.org, Raptureless – Jonathan Welton