Skip to content
Home
Uncategorized
BLINDED BY THE LAW 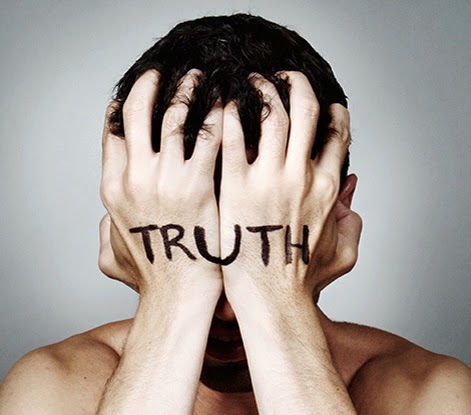 “3 But even if our gospel is veiled, it is veiled to those who are perishing, 4 whose minds the god of this age has blinded, who do not believe, lest the light of the gospel of the glory of Christ, who is the image of God, should shine on them. 5 For we do not preach ourselves, but Christ Jesus the Lord, and ourselves your bondservants for Jesus’ sake.6 For it is the God who commanded light to shine out of darkness, who has shone in our hearts to give the light of the knowledge of the glory of God in the face of Jesus Christ.”
2 Corinthians 4:3-6
In Paul’s epistle to the church at Corinth he expressed his desire for the people to enter the liberty that of the Spirit of God in Christ. Like he once said that he was not ashamed pf the gospel because it was the power of God unto salvation. He had experienced a freedom that was available through the gospel.
His heart cry was for his family the Jews to submit to the righteousness of God and cease from laboring to be righteous through their own efforts.
In the previous chapter he declared he was an “able minister of the New Testament” (2 Corinthians 3:6). Ofcourse his boasting was not of himself but who he was in Christ.
Paul had experienced what the law could not provide. The life of God was real on his inside and he was transformed into what labour and striving could not achieve. He saw himself accepted in the beloved and realized the riches of the glory resident in him. Finally he was justified by faith in Jesus and not by his righteous performance.
He understood that the enemy had a plan to keep people from experiencing the liberty that was found in Jesus. His strategy was to keep them where God had left. His game plan was to stop the light of the gospel from penetrating into every area of darkness by blinding men from receiving it.
“If our gospel be hid, it is hid to them that are lost” (2 Corinthians 4:3).
The only thing keeping men from salvation is not lack of preachers but preachers hiding the gospel beneath a veil. This veil was to mask the gospel as either mixture or the law and served raw to people. There are many today who have not responded to the invitation of the gospel because they don’t see themselves worthy for God to accept and use.
Paul goes that “the god of this world hath blinded the minds of them which believe not” (4:4). What world was he reffering to? You have to consider that in the greek it is rendered as “the god of this age”. It was the age of the law. Demonic forces was using the law to keep men from grace. It is not their spiritual eyes that the enemy blinded, because they can’t really use them anyway, but it was their minds.
That was the whole nation of Israel perished in 70AD. They were blinded by the law and eventually perished alongside the temple and the land.
But their minds were blinded. For until this day the same veil remains unlifted in the reading of the Old Testament, because the veil is taken away in Christ. – 2 Corinthians 3:14
A sinner can only use his or her mind to reason and hypothesize based on his senses. Satan will attack this capability in the unbeliever to try and convince them against the good news of Jesus Christ. They reason base on performance and merit, the very essence of the law.
Sometimes you see someone who does not believe on Jesus even after they have heard a message from an evangelist and they give you a laundry list of reasons why they have no faith in God? They have intellectualized their unbelief and have left themselves no room for faith. In some instances some will tell that God doesn’t need their type because they are too deep in sin. In those instances, you are seeing someone who has been blinded to the truth of the love of God and the sacrifice of Jesus Christ.
What was Paul’s recommendation?
Simple. Continue to shine the light. “For we preach not ourselves, but Christ Jesus the Lord” (4:5), There is no need to argue of your own intellect and prove yourself in your good works; simply preach Jesus Christ. I have heard some pastors preach themselves and their achievements that it ends discouraging the hearers who don’t feel they can measure up to their standards of righteousness.
What people need to hear again and again is the good news of Our Lord Jesus in his substitutionary work on the cross. The good news of Jesus can be boiled down to one simple fact: God loves you. If this principle is repeated and reinforced, it is the only truth that can penetrate the darkness of unbelief. It is the only truth that can one from sin into a meaningful relationship with God the father.
Every believer benefits by frequent and repeated exposure to this light. Paul said that this light gives “the knowledge of the glory of God in the face of Jesus Christ” (4:6). We literally learn more of the glory of God as we see the face of Jesus day to day. We are changed into His very image as we learn more of His glory through the good news of Christ’s finished work (2 Corinthians 3:18).
But we all, with unveiled face, beholding as in a mirror the glory of the Lord, are being transformed into the same image from glory to glory, just as by the Spirit of the Lord.