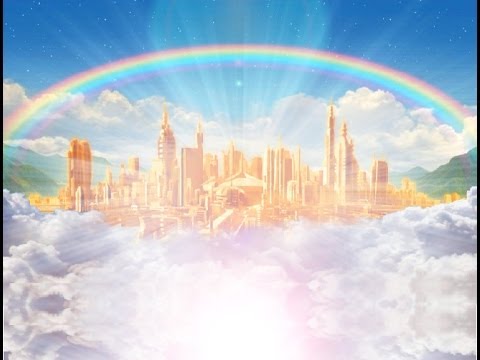 Today I and some of my friends from around the world celebrate a new holiday. This is one that extols the dawn of new age that was occasioned by the return of the Lord in judgment over that old city of Jerusalem. This holiday is called “Parousia” and from all over the world we will be celebrating the presence of Jesus and the New Jerusalem.
Below is an article written by a good friend Adam Maarschalk on the essence of celebrating this holiday. The idea for this holiday came from another minister friend of ours, Joshua John Trent. Joshua is the founder and creator of Iron Scepter Concepts (Los Angeles).
Enjoy and be blessed!
Parousia – New Jerusalem Day will be celebrated on the first Sunday of August (in 2016 that will be August 7th). This is close to August 10th, the day that the famous Second Temple was destroyed in Jerusalem in 70 AD. While the old temple and the old city of Jerusalem were desolate (Matthew 23:38) and marked for destruction (Matthew 22:7, 24:1-3; Mark 13:1-4; Luke 21:5-7), Jesus became the cornerstone of a new temple, God’s dwelling place made up of His people from all nations (Ephesians 2:19-22). New Jerusalem and the new covenant were chosen while old Jerusalem and the old covenant were cast out (Galatians 4:21-31).

Definition of the Word “Parousia”

The word “parousia” (pronounced par-oo-see’-ah) is a Greek word which means “presence.”According to Wikipedia, it also meant “arrival” or “official visit,” and “was used in the East as a technical expression to denote the arrival or visit of a king or emperor, and celebrated the glory of the sovereign publicly.” The word “parousia” appears 24 times in the New Testament. In several instances it is used to speak of the coming or presence of various individuals: Stephanas, Fortunatas, and Achaicus (I Corinthians 16:17); Titus (II Cor. 7:6-7); Paul (II Cor. 10:10; Philippians 1:26, 2:12); and the lawless one (II Thessalonians 2:9).
In the majority of instances (16 times), though, it is used in connection with the promise of Christ’s coming. The Blue Letter Bible shows that this word comes “from the present participle of G3918 [“pareimi”]; a being near, i.e. advent (often, return; specially, of Christ to punish Jerusalem, or finally the wicked); (by implication) physically, aspect:—coming, presence.”  I’ll develop this study more below.

Revelation 21:1 – 22:5 is the most detailed description of the New Jerusalem, and there we read that “the tabernacle of God is with men, and He will dwell with them, and they shall be His people, and God Himself will be with them and be their God” (Rev. 21:3). We also see that the Lamb, Jesus, is the light of God’s city (Revelation 21:22-24; 22:5). New Jerusalem is filled with the presence (“parousia”) of Jesus; New Jerusalem is His dwelling place.

“Parousia” in the New Testament

Here are the 16 New Testament passages where Christ’s “Parousia” is promised:
Professor and author N.T. Wright explains in a video and in his book, “Surprised by Hope” (2008),the typical use of the word “parousia” in the first century AD (pp. 132-133):
“When the emperor visited a colony or province, the citizens of the country would go to meet him at some distance from the city.  It would be disrespectful to have him actually arrive at the gates as though his subjects couldn’t be bothered to greet him properly.  When they met him, they wouldn’t then stay out in the open country:  they would escort him royally into the city itself.  When Paul speaks of “meeting” the Lord “in the air,” the point is precisely not – as in the popular rapture theology – that the saved believers would then stay up in the air somewhere, away from earth.  The point is that, having gone out to meet their returning Lord, they will escort him royally into his domain, that is, back to the place they have come from.  Even when we realize that this is highly charged metaphor, not literal description, the meaning is the same as in the parallel in Philippians 3:20.  Being citizens of heaven, as the Phillippians would know, doesn’t mean that one is expecting to go back to the mother city but rather means that one is expecting the emperor to come from the mother city to give the colony its full dignity, to rescue it if need be, to subdue local enemies and put everything to rights” (emphasis added).
More than 100 passages in the New Testament declared that the events of “the last days,” including the Great Tribulation and the coming of Christ, were “near” and about to take place “soon” in the first century. Jesus Himself promised to come before His disciples could go through the cities of Israel (Matthew 10:23). He promised to come [1] in the glory of His Father [2] with His angels [3] in judgment, and [4] in His kingdom before all of His disciples would die (Matthew 16:27-28). He promised to come “on the clouds of heaven with power and great glory” before His generation would pass away (Matthew 24:30, 34).
Jesus told His disciples that when they would see “all these things” (earthquakes, wars, famines, etc.) promised in the Olivet Discourse, they would know that He “is near, at the very doors” (Matthew 24:33). As we saw above, James declared that Christ’s coming was at hand and that the Judge was standing “at the door” (James 5:8-9). James wrote that nearly 1,950 years ago, and it’s apparent that he saw those things come to pass in his lifetime just as Jesus promised.
John wrote in his first epistle that it was already “the last hour” in his day (I John 2:18). It was the last hour of the old covenant age. His opening words in the book of Revelation declared that the visions he saw “must shortly take place” because the time was “near” (Revelation 1:1, 3). The angel echoed these words at the end of the book (Rev. 22:6, 10) and Jesus declared three times that He was coming quickly (Rev. 22:7, 12, 20).
In summary, “parousia” is a Greek word used repeatedly in the New Testament to describe the first century arrival of Jesus’ presence in the New Jerusalem, and into the kingdom that He established, the corporate body of His followers. His “parousia” (presence) is in our midst today.

Isaiah prophesied that God would create new heavens and a new earth, and “Jerusalem as a rejoicing” (Isaiah 65:17-18). In those days there would still be childbirth, death, building, and planting (65:20-23), i.e. the realities we know and experience today. There would also be joy, peace, satisfaction, glory, and comfort like a mother’s comfort (65:19; 66:10-13).
The apostle Paul also described “the Jerusalem above” as a comforting mother (Galatians 4:26-28). The author of Hebrews told the first century saints that they had already come to “the city of the living God, the heavenly Jerusalem… to Jesus the Mediator of the new covenant…” (Hebrews 12:22-24). These two passages, along with the book of Revelation, contrast two covenants (the old and the new), two women (the harlot and the bride), and two cities (old Jerusalem and New Jerusalem):

The New Jerusalem is described by John in Revelation 21:1 – 22:5. In these 32 verses, there are numerous parallel passages in the New Testament where Jesus and the apostles described the life of those who follow Christ. In other words, we are the New Jerusalem community right now. In these 32 verses there are also numerous parallel passages in the Old Testament where the prophets looked ahead to this present new covenant age. Here are some of them:
For a more detailed study of these things, please see this article at my blog.
The New Jerusalem means “the new city of peace.” Jesus is the Prince of Peace and His presence, His parousia, is in this city. He is peace (Micah 5:5), and there will be no end to His government and peace (Isaiah 9:6-7). Let’s rejoice and celebrate, not only on August 7th, but every day that His presence is in our midst, in the city of God, the New Jerusalem.