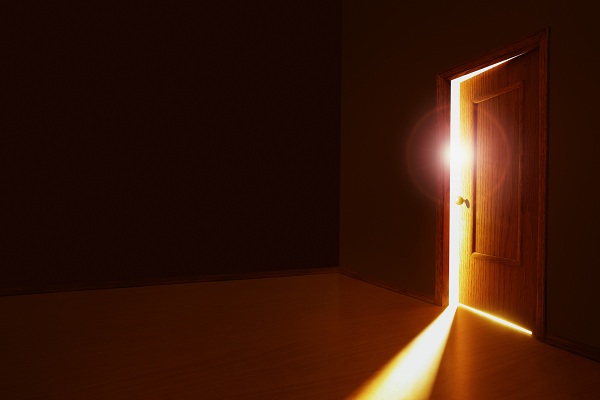 Could it be that our view of money/wealth actually limits us from receiving it. Some even think that the root of all evil is money. Of course that isn’t what the Bible says. Paul said the “LOVE of money is the root of all KINDS of evil.” As long as we use money and love people, rather than love money and use people, our hearts are free to receive as much wealth as we want.
There is another passage that hinders us though. It lingers in the back of our minds as an opposing view, keeping us from embracing the truth that God is quite favorable toward us having wealth. It is found following the story of the rich young ruler in Matthew 19:
23 Then Jesus said to His disciples, “Assuredly, I say to you that it is hard for a rich man to enter the kingdom of heaven. 24 And again I say to you, it is easier for a camel to go through the eye of a needle than for a rich man to enter the kingdom of God.”
25 When His disciples heard it, they were greatly astonished, saying, “Who then can be saved?”
26 But Jesus looked at them and said to them, “With men this is impossible, but with God all things are possible.” The eye of the needle was a narrow passageway into the city that was small enough for a man to pass, but very difficult for a camel loaded down with the man’s possessions to go through.
Jesus uses this to illustrate the difficulty of a man who wants to enter the kingdom. While there is definitely an application for us today, this is a very misunderstood passage that creates lots of limitations in our lives.

Let’s open the treasure found in the Bible and see:

1. ENTERING THE KINGDOM IS NOT THE SAME AS GOING TO HEAVEN WHEN WE DIE!

I know we were all told that we inherit the kingdom when we die and go to heaven right? Well, that idea has created more legalism than we can fathom because it creates a conflict between the gospel where we are saved by faith through grace and the message that we cannot enter the kingdom with sin or riches.
On the one hand Paul said in Romans 11:6, “And if by grace, then it is no longer of works; otherwise grace is no longer grace. But if it is of works, it is no longer grace; otherwise work is no longer work.”
Yet notice what Paul said in Galatians 5:

19 Now the works of the flesh are evident, which are: adultery, fornication, uncleanness, lewdness, 20 idolatry, sorcery, hatred, contentions, jealousies, outbursts of wrath, selfish ambitions, dissensions, heresies, 21 envy, murders, drunkenness, revelries, and the like; of which I tell you beforehand, just as I also told you in time past, that those who practice such things will not inherit the kingdom of God.

If we are to believe that going to heaven and the kingdom are the same thing, then if you have a jealous thought, yell at the kids, or act selfishly in any way the moment before your death you will split hell wide open! Is that good news to you?
Jesus was the initiator of the kingdom as he said “repent [change your mind afterwards] and believe the good news of the kingdom.” The good news was that the kingdom AGE was breaking in through Jesus. That kingdom was marked with healings, miracles, signs and wonders that were a “foretaste” of the age “about to come” (Hebrews 6:5).
According to Jesus, his kingdom would come in power and glory at his coming in judgment and deliverance in AD 70. For instance, when he was asked if he was the Christ, the Son of the Blessed One, he told the high priest in Matthew 26:64

Jesus said to him, “It is as you said. Nevertheless, I say to you, hereafter you will see the Son of Man sitting at the right hand of the Power, and coming on the clouds of heaven.”

Notice that he said, “you”, as in “you will still be alive when the kingdom comes.” Jesus is quoting Daniel and calling himself the Son of Man, which meant Jesus was the glorious King who would judge Jerusalem and set up the heavenly kingdom in the new era of history.
Mark (9:1) recorded Jesus saying to the disciples, “And he said to them, ‘Truly I tell you, some who are standing here will not taste death before they see that the kingdom of God HAS come with power.’” Did you see that he said some of them would still be alive when Jesus came in his kingdom with power? They will see that the kingdom HAS come, i.e., they will look BACK and see that it came… in their lifetime.
Of course the clearest version of this story is in Matthew 16:27-28:

27 For the Son of Man will come in the glory of His Father with His angels, and then He will reward each according to his works. 28 “Assuredly, I say to you, there are some standing here who shall not taste death till they see the Son of Man coming in His kingdom.”

The kingdom would come not at the Transfiguration which had no angels and no judgment. Nor would it come at Pentecost, where there were no angels and no judgment. But it would come in their lifetime when Jerusalem would be judged in AD 70 with angels.
So entering the kingdom, meant trusting Jesus the prophet and fleeing the city when they saw the Roman armies approaching. If not, then they would be judged BY THE LAW in the destruction of the city. The old earthly Jerusalem-kingdom would be destroyed by Rome as the scepter was removed (Gen 49:10, Matt 21:43). But at the same time a new era of the kingdom, the age of the kingdom would dawn. To enter the kingdom was to trust Christ and enter into the kingdom AGE after AD 70.
By the way, we don’t usually inherit something when WE die. We inherit something when someone else dies. Jesus was the one who died so we could inherit the kingdom WHILE we are ALIVE.

2. WHY WAS IT HARD FOR A RICH MAN TO ENTER THE KINGDOM?

It was hard for the rich man to enter the kingdom? It was because the rich man had resources in Jerusalem. He had land and property that would cost him greatly if he were to flee the city when the Romans came. See it was counter-intuitive to leave the city. That was their fortress-stronghold. Most people run TO the city for safety, not FROM the city.
But Jesus said in Matthew 24:

15 “Therefore when you see the ‘abomination of desolation,’ spoken of by Daniel the prophet, standing in the holy place” (whoever reads, let him understand), 16 “then let those who are in Judea flee to the mountains. 17 Let him who is on the housetop NOT go down to take anything out of his house. 18 And let him who is in the field NOT go back to get his clothes.

This is why many of the believers in Jerusalem were selling their property and laying it at the feet of the disciples for distribution for what was coming. They were wise. It wasn’t some communist ideology for all time. It was extremely practical. (Acts 2:45, 4:34, 37)
There were some wealthy unbelieving Jews that were instead abusing the poor in those last days before the judgment coming of Christ in AD 70. James 5:

Come now, you rich, weep and howl for your miseries that are COMING UPON YOU! 2 Your riches are corrupted, and your garments are moth-eaten. 3 Your gold and silver are corroded, and their corrosion will be a witness against you and will eat your flesh like fire. You have heaped up treasure in the last days. 4 Indeed the wages of the laborers who mowed your fields, which you kept back by fraud, cry out; and the cries of the reapers have reached the ears of the Lord of Sabaoth. 5 You have lived on the earth in pleasure and luxury; you have fattened your hearts as in a day of slaughter. 6 You have condemned, you have murdered the just; he does not resist you.
7 Therefore be patient, brethren, until the coming of the Lord. See how the farmer waits for the precious fruit of the earth, waiting patiently for it until it receives the early and latter rain. 8 You also be patient. Establish your hearts, for the coming of the Lord is AT HAND.

3. THE WEALTH OF THE WICKED LAID UP IN STORE FOR THE RIGHTEOUS

Who are the righteous ones who would receive the wealth of the wicked? It was the believers in Christ who heeded the words of Jesus. It would happen when he separated the wheat from the tares.
Notice what Jesus continued to say to his disciples in the context of the rich young ruler leaving land and property behind: Mark 10:29-30,

“And Jesus answering said, `Verily I say to you, there is no one who left house, or brothers, or sisters, or father, or mother, or wife, or children, or fields, for my sake, and for the good news’, who may not receive an hundredfold now in this time, houses, and brothers, and sisters, and mothers, and children, and fields, with persecutions, and in the age that is coming, life age-during” (YLT)

A final word about the grace of God. Jesus said it was difficult in man’s strength, but with God’s help all things were possible. Jesus promised the power of God to help give faith and courage to the wealthy in that time of history if they would humble themselves and receive it… unlike the rich young ruler.

So if you don’t think money is important, well, tell that to your mortgage company. Better yet, let the word of God remind us that the message of the kingdom is not that God forbids you to have wealth, nor is it about going to heaven when you die. The kingdom was not only the power and presence of Christ, but an age that was soon coming in AD 70. Jesus was warning them and us not to trust in wealth but to trust in God… who will restore wealth even if they gave it up for some crisis period of time.
Friends, God is for you in every dimension of life and wants to prosper the work of your hands so you can be a blessing to your family and others. Let God remove those limiting beliefs today by believing the truth of the gospel.

If you enjoyed this teaching please share it with your friends and family on social media.