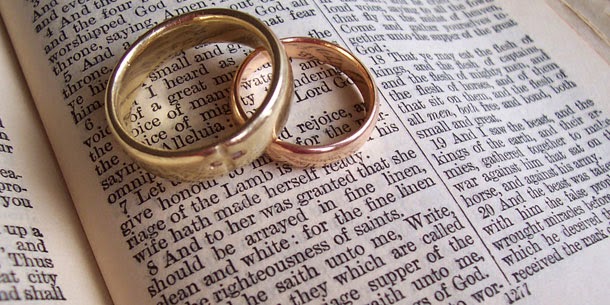 Covenant is the fundamental tool that God has designed to order His relationship with mankind.
Covenant is also the fundamental tool that God has designed to construct and order His relationship with man. A covenant is an exchange of persons, as opposed to a contract, which is an exchange of promises.
Covenants are established by making an oath—an oath that creates kinship between the two who are making the covenant. Jesus stroke a covenant with us at our baptism—one that is stronger than blood, one that establishes a divine, everlasting kinship bond. In making covenant with Him, God adopts us into His family and treats us as heirs to the family fortune.
The Hebrew word for “oath” is “shevah,” meaning “to seven oneself” (In Gen 21:27 31, Abraham makes a treaty with Abimelech using seven ewe lambs, and they called the place “Beersheva,” which means, “the place of the oath” or “the well of the sevens.”)
If you don’t have an oath, you don’t have a covenant. Another Hebrew word for oath is “I raise my hand” (See Deut 32:40ff). When we raise our hands in worship, for example, we are swearing an oath. We lift up God’s name when we invoke God’s name in an oath.
In a covenant relationship, the parties are fully committed to each other, heart and soul. This is so
because it is more than an exchange of promises and deals. It is an exchange of lives. It Carries a strong implication that simply says “I am yours”
This is why the scripture says in 1 Corinthians 7:4
“The wife does not have authority over her own body but yields it to her husband. In the same way, the husband does not have authority over his own body but yields it to his wife.”
“So the LORD God caused a deep sleep to fall upon the man, and he slept. Then He took one of his ribs and closed up the flesh at that place. And the LORD God fashioned into a woman the rib which He had taken from the man and brought her to the man. And the man said, “This is now bone of my bones and flesh of my flesh. She shall be called Woman, because she was taken out of Man.”  FOR THIS CAUSE a man shall LEAVE his father and his mother, and shall CLEAVE to his wife AND THEY SHALL BECOME ONE FLESH.” (Genesis 2:21-24)
The essence of the marriage is to make one out of two. Two lives becoming one.
In 1 Samuel 18 we see that “Jonathan made (cut) a covenant with David because he loved him as himself. And Jonathan stripped himself of the robe that was on him and gave it to David, with his armor, including his sword and his bow and his belt.
Building Covenant Commitment
The key to living covenant-conscious in marriage is to be rooted in the understanding in the only model for it: The marriage between Christ and His church, His bride. This marriage relationship is based on grace. It is not about a love that is only for the deserving.
Christ wooed his bride, the church, by grace, obtains her for his own by grace, sustains her by grace, and perfected her for himself by grace. All the way it is grace, the church could never have merited this relationship.
Understanding this grace empowers husbands and wives to keep their covenant by means of forgiveness and forbearance. That emphasis is at the heart of what grace is: treating people better than they deserve. The husband does not love his wife because she respects him and she does not respect him because he loves her. It gives and gives and finds life in it.
Both partners are to find themselves in the grace of the Lord Jesus Christ. It is in His grace that can both supply joy and love to each other for fulfillment. Resting on His grace teaches couples how to love and be faithful in their covenant relationship. A performance driven relationship cannot build up
proper covenant commitments towards each other.
A marriage relationship that is based on merit, law or performance will subtly become a contract and cease to exist as a covenant. It is in this covenant relationship that both parties can defend each other, groom each other and raise each other into destiny. Grace supplies the empowerment for this as this is what we have in Christ. It is a sworn oath that he will never leave nor forsake us.