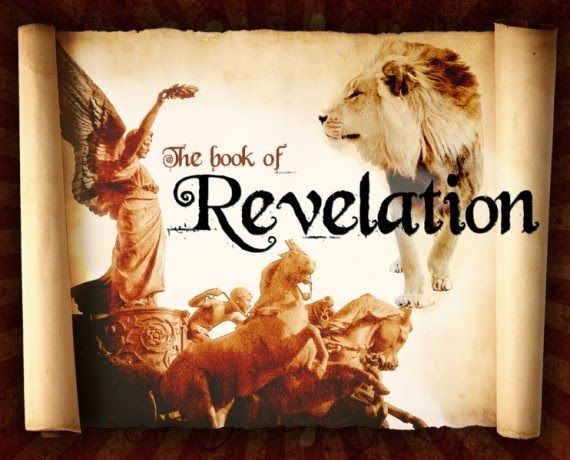 One thing that is clear is that your eschatology is based on the dating of the book of Revelation. Most commentators and bible scholars believe the book of Revelation was written in 96 A.D.  Lay people often assume this date to be correct since this is the most commonly accepted date.  They never imagine that the same teachers who interpret the book wrong, date it wrong also. It’s dating has been assigned more by tradition than by solid evidence.  As we shall see, based on evidence that agrees with the context of the book that the book was written sometime between 56-70 A.D. and is primarily concerned with the church’s victory over the persecutions of Nero and the Jews, and the destruction of Jerusalem by Rome.
Evidence For 96 A.D.
The evidence in favor of 96 A.D. can be summed up as follows:

However, many scholars believe that this is a probable reference to Nero Claudius Caesar, and not the emperor Claudius, Nero having assumed the Claudian family name upon his adoption by the emperor.  Andreas of Cappadocia who, although himself repeating Irenaeus’ tradition of a Domitian banishment, mentions in his commentary that there were not wanting those who applied passages to the siege of Jerusalem by Titus.  Arethas makes similar comments, and states concerning Rev. 7:4 “When the evangelist received these oracles, the destruction in which the Jews were involved was not yet inflicted by the Romans.”  Theophlact, in his preface to his commentary on John, places the apostle’s banishment 32 years after the Ascension of Christ, squarely in the reign of Nero.  Bearing in mind that patristic writers who attribute John’s banishment to Domitian do so based upon Irenaeus, and offer no independent testimony of their own, the independent testimony of external tradition therefore is clearly weighted in favor of a pre-A.D. 70 date of composition.
Internal Evidence:
Imminence Of The Impending Events
Despite the impressive array of external authorities that may be cited for the earlier date, it is the internal testimony of the book itself that is most important for it bears clear and unequivocal evidence that it was written before the siege of Jerusalem. Because of limited space we cannot cover each of these, so we must limit our discussion to those that are most important.
The book makes numerous reference to the imminence of the predicted events.  The exhortation to “read, hear and keep” the contents “for the time is at hand” (Rev. 1:3), clearly shows that the events depicted would come upon that generation (“must shortly come to pass” Rev. 1:1).  Over and over, Jesus gave personal warning to the churches that he would come upon them quickly in the events of the vision and catch them unawares if they failed to repent.  (Rev. 2:5,16,25; 3:3,11; 16:15; 22:6,10,12,20.)  Application of these time elements and allusions to events thousands of years later, and to centuries yet to come, does violence to the text.  Jesus had told the apostles that before they had opportunity to preach in all the towns of Israel he would return:  “But when they persecute you in this city, flee ye into another: for verily I say unto you, Ye shall not have gone over the cities of Israel, till the Son of man be come.”  (Matt. 10:23; cf. 16:27,28)  Jesus warned Caiaphas that he would “see the Son of man sitting on the right hand of power, and coming in the clouds of heaven.”  Obviously a reference to the destruction of the Jewish nation by Rome.  Why search for fulfillment in the myriad pages of medieval history when abundant testimony exists showing Christ’s return in vengeance upon the Jews of that generation?  (Matt. 23:36; 24:35; Mk. 13:30; Lk. 21:32)
Activities Of The Judaizers
There are several clear references in the letters to the churches indicating the presence of Judaizers in their midst as a source of trouble, strife and division.  Paul complained of these Judaizers during his ministry, calling them a “thorn in the flesh,” messengers of Satan to buffet him.  (II Cor.  12:7)  Paul called these “messengers of Satan” “false apostles and deceitful workers” in II Cor. 11:13.  Revelation refers to these saying the church at Ephesus had tried them “which say they are apostles, and are not and hast found them liars.”  (Rev. 2:2)  This is clear testimony to the nearness of time of the Revelation to the second letter to the Corinthians. To the church at Philadelphia Jesus says he will make them “of the synagogue of Satan, which say they are Jews and are not, but do lie” to come and worship before their feet.  (Rev. 3:9)  This is a clear reference to the utter defeat of Judaism and the destruction of the Jewish theocracy and the glory that would arise upon the New Testament church.
Tribes Still Extant
Related to the activities of the Judaizers is the fact John portrays the tribes of Israel as still intact in their land, from which God “seals” a remnant hundred forty and four thousand.  (Rev. 7:1-8)  The clear implication of this imagery is that, at the time Revelation was composed, the patience of God was stretched for the Jews to obey the gospel before the storm of war, pestilence and famine swept across Palestine, destroying the nation for all time.
The Representation That The Temple And City Of Jerusalem Were Still Standing
Revelation chapter 11:1-19 depicts the temple in Jerusalem as still standing.  John is told to measure the temple and altar and them that worship therein.  (v. 1) “But the court which is without the temple leave out, and measure it not; for it is given unto the Gentiles: and the holy city shall they tread under foot forty and two months.”  (v.2)  This passage clearly indicates that the temple and city are both in existence at the time of John’s writing.   The forty two months refers to the 3 1/2 yr. war of the Romans against the Jews and the siege of Jerusalem.  The identity of the “holy city” is clearly given in verse eight where it is referred to as the “great city which is spiritually is called Sodom and Egypt, where also our Lord was crucified.”