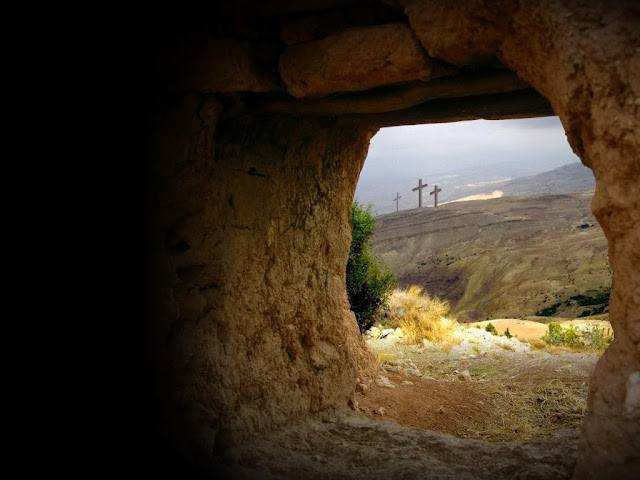 The resurrection of Jesus is still today one of the wonders of the miraculous hands of God. The rising of the Messiah out of the realm of death is one aspect of the redemptive work that staggers the human mind.
As the disciples rushed to the see that indeed as reported that the tomb was empty they were thrown into confusion even in their uncertain state as they had hid from the public following his crucifixion. What would this mean? They must have taught without answers filling through.
As some actually felt disappointed that he would have been the long awaited messiah.
“But we had hoped that he was the one who was going to redeem Israel. Not only this, but it is now the third day since these things happened.” (Luke 24:21)
They were oblivious of the path that Messiah had to take to undo the work of the first Adam. Many like the 2 disciples on the Emmaus certainly have the wrong focus and cannot see that the Messiah came to restore humanity back to default before sin wrecked havoc.
The finished work of Jesus is not about exalting the Jewish system and nation above all others but God’s kingdom reigning in our earthly environment. The resurrection of Jesus from the grave was necessary for the establishment of the new covenant.
“16 For where there is a will, the death of the one who made it must be proven. 17 For a will takes effect only at death, since it carries no force while the one who made it is alive” (Hebrews 9)
This new covenant was about the rebirth of humanity in the rebirth of the last Adam as Christ. This rebirth evidenced by the empty tomb is a message by God to all who would see that there is no remains to look at and wonder at. Just as the ark (which means coffin) of the covenant was a type and shadow of Jesus in His death it was fulfilled in that scene.
Paul explained in Romans 4:25
“He was given over because of our transgressions and was raised for the sake of our justification.”
This place is well captured in Young’s Literal translation:
“25 who was delivered up because of our offences, and was raised up because of our being declared righteous.”
Humanity was declared righteous and Jesus was raised up. His resurrection is proof that we have been reborn in His true nature. His justification became our justification.
The empty tomb is the proof that the Father has justified us in Christ our true representation. It is the beautiful picture that paints a new reality. Death cannot hold us captive. Sin brought death but now death cannot speak because sin was dealt at the cross.
The empty tomb is the courtroom that declared our innocence in Jesus. In that place there is no evidence that stands against as everything that stood us was nailed to the cross but did not resurrect with our savior.
Now we are pronounced free. It is time to live in liberty. Halleluyah!