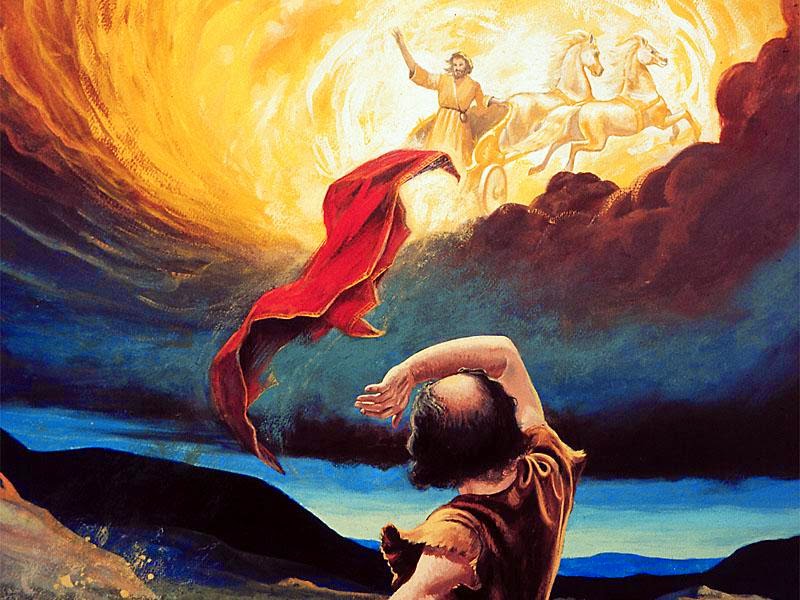 It was only after Jesus had made his sacrificial death on the cross and presented the blood before the father before man could have access to the heaven of heavens. As Hebrews 9:23 says
“It was necessary, then, for the copies of the heavenly things to be purified with these sacrifices, but the heavenly things themselves with better sacrifices than these.:

This sacrifice has made a way for men to reach the heaven of heavens but also brought heaven into our hearts. As the Old testament saints went to a holding place of the dead known as Sheol and waited for the atoning work of Christ and the resurrection from the dead.

Peter stated in Acts 2:34 (NKJV) “For David did not ascend into the heavens, but he says himself: ‘The LORD said to my Lord, “Sit at My right hand,

David was dead, but he did not go to Heaven. But he had a promise that he someday would. God had promised to redeem His people from the grave.

Psalms 49:15 (NKJV) But God will redeem my soul from the power of the grave, For He shall receive me. Selah

This verse expresses hope that God will provide salvation beyond the grave, a victory above the sting of death. This was a hope that Israel had. The fulfillment of this was to happen in the time when the Messiah’s kingdom would be established. That was to happen at the end of the Jewish/Mosaic age. Daniel had prophetic insight into the time when these things would happen.


Daniel 12:4 (NKJV) “But you, Daniel, shut up the words, and seal the book until the time of the end; many shall run to and fro, and knowledge shall increase.”

Daniel 12:8 (NKJV) Although I heard, I did not understand. Then I said, “My lord, what shall be the end of these things?”
In response to Daniel’s question at the end of verse 6, “How long shall it be to the end of these wonders?” the angel answers in:


Daniel 12:7 (NKJV) Then I heard the man clothed in linen, who was above the waters of the river, when he held up his right hand and his left hand to heaven, and swore by Him who lives forever, that it shall be for a time, times, and half a time; and when the power of the holy people has been completely shattered, all these things shall be finished.

Daniel 12:13 (NKJV) “But you, go your way till the end; for you shall rest, and will arise to your inheritance at the end of the days.”

Paul spoke of the nearness of the resurrection in his day:

Acts 24:15 (NKJV) “I have hope in God, which they themselves also accept, that there will be (mello -about to be) a resurrection of the dead, both of the just and the unjust.

The greek word “Mello” is silent in many English translations and this goes a long to distort what Paul was saying. There was a sense of imminence in the message that he passed.

He was telling them that they were at the hour when there was going to be a restoration of things which would see the righteous find their liberty into the presence of God with the grave loosing its power to hold us down. Heaven would become a secure inheritance for believers. This is our fulfilled reality in the New covenant.