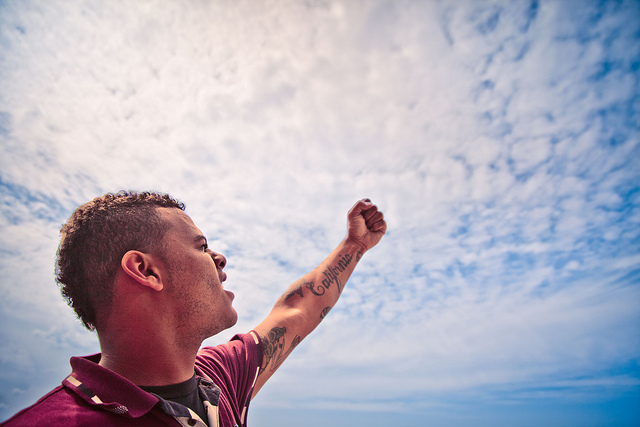 Have you ever been in a difficult situation and gotten angry with God when you were going through a trying time? Don’t’ be discouraged, you are not the first. This happened to Jesus’ disciples when a storm hit them hard. In their fear of drowning, they cried out to Jesus, who was deep in his sleep in the boat, “Teacher, do You not care that we are perishing?” (Mark 4:38) I personally think they should have joined him in his sleep too.
When they accused Him of not caring, you would expect that they should receive a rebuke from Jesus. But it was the wind which received His rebuke, and a great calm followed. (Mark 4:39) Because of His kindness toward His own, Jesus did not waste time taking offence. Instead, He wasted no time taking care of the problem that had caused His disciples so much anxiety and fear.
This also happened to two sisters, Martha and Mary, who did not hesitate to let Jesus know how they felt when He finally showed up days after their brother Lazarus had died especially when they had sent him messages before his death. Both sisters told Him: “Lord, if You had been here, my brother would not have died.” (John 11:21, 32)
Both sisters had seen Jesus’ miracles of mercy and love. Now, in their grief, they focused on how He could have prevented their brother’s death, but did not. They did not know the tenderness of his heart and how His help would never fail them, to the extent of raising their dead brother. (John 11:41–44)
Dearest, your heavenly Father sees you trying to stay afloat when you are in the midst of a storm. He sees you trying to provide for yourself, your family and your struggles, especially your “Dettol” campaign “If I don’t take care of these things, who will?” And He wants you to know how tender His heart is toward you, how He is not offended by all the bad things you have ever said of or to Him. He wants you to know how much He wants to and will help and bless you. So let go and experience afresh the exceeding riches of His grace in His kindness toward you!
“that in the ages to come He might show the exceeding riches of His grace in His kindness toward us in Christ Jesus.” – Ephesians 2:7
He will never leave nor forsake you. Stand firm in the unfailing love of God.