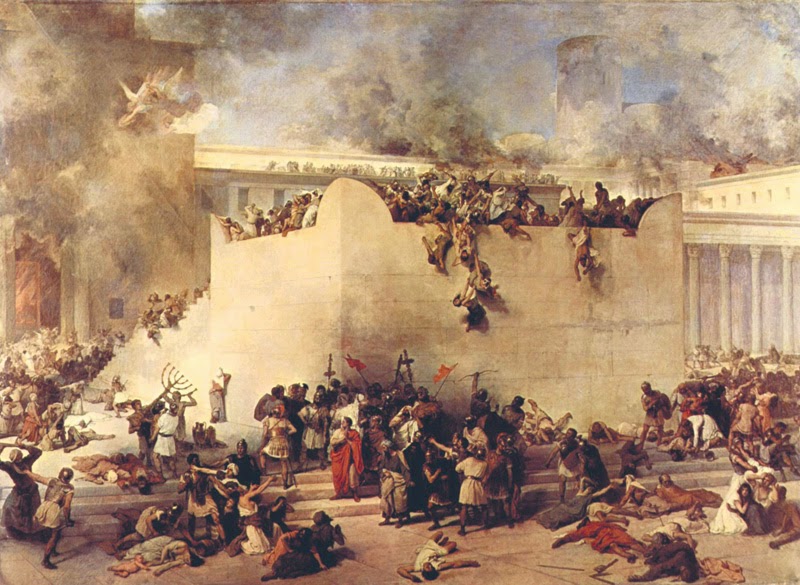 Matthew 5:18
New Living Translation (NLT)
18 I tell you the truth, until heaven and earth disappear, not even the smallest detail of God’s law will disappear until its purpose is achieved.
There is a great deal of confusion when Christians refer to this verse. Some say that the law is around because heaven and earth are still around. Some grace speakers say the law is fulfilled because heaven and earth is still around.
Dear friends, when Jesus used the words “heaven and earth”, he is not referring to this earth. Jesus said in Matthew 24:34-35
34 I tell you the truth, THIS generation will certainly not pass away until all these things have happened. 35 Heaven and earth will pass away, but my words will never pass away.
The generation JESUS is talking about is during his generation. One generation is 40-70 years. What happened there?
Look at the context here. Matthew 24:
24 Jesus left and was going away from the Temple when his disciples came to him to call his attention to its buildings. 2 “Yes,” he said, “you may well look at all these. I tell you this: not a single stone here will be left in its place; every one of them will be thrown down.”
3 As Jesus sat on the Mount of Olives, the disciples came to him in private. “Tell us when all this will be,” they asked, “and what will happen to show that it is the time for your coming and the end of the age.”
The whole context here is about the destruction of the temple. The destruction of the temple also marks the end of the age. Do notice that the end of the age is the end of the system of the temple.
Jesus was saying he will fulfilled the Law and that once he died there was no need for sacrifices anymore. As such when that is done, the temple was burned down. This happened in AD 70. The Jews referred the temple as heaven.
When that happened there was no more sacrifices and that was no more temple for the sacrifices could not be carried out anymore. Hence the Law came to an end. At the same time great persecution happened. The Romans not only destroyed the temple, they persecuted the Jews and torture them. This period is called the great tribulation. Israel as a nation were dispersed. They had ran onto the hills and all over the nations. Resulting to Hebrews running all over the place.
Israel as a nation hence also disappear. Hence “heaven and earth” disappeared. When that happen the Gospel went to the Gentiles. The Gentiles was never under the Law. They are saved by faith. The Law is no longer in operation. I hope that helps. I will try to get you some of Josephus writings. Today Jews await their new heaven and their new earth> what that means is that they are waiting for the Messiah to restore the Kingdom which includes the restoration of the temple. That is why today they weep at a wall in Israel call the wailing wall.
Regarding the Law, it is actually abolished after the resurrection. Ephesians 2:14-15
New Living Translation (NLT)
14 For Christ himself has brought peace to us. He united Jews and Gentiles into one people when, in his own body on the cross, he broke down the wall of hostility that separated us. 15 He did this by ending the system of law with its commandments and regulations. He made peace between Jews and Gentiles by creating in himself one new people from the two groups.
So dear friends, that is what Jesus meant when he said “until heaven and earth disappear, not even the smallest detail of God’s law will disappear until its purpose is achieved.” You will find this being corroborative sayings when Paul says that “the glory of the ministry of the death is fading away” and the writer of Hebrews said “the Old Covenant was fading away.” It was fading away because at that time the temple still stood.
Hebrews 10 wrote about the a fiery indignation that will be coming. Hebrews was written in AD 63 if I am not mistaken. So the fiery indignation refers to the destruction of the temple 7 years later. The Law of Moses was finally put to rest when the Temple was burnt down. Israel at the same time faded from the earth when that happened to until 1948. So when the Temple and Israel disappeared, the age of the Gentiles began. They all came to Jesus without the Law but by faith.
by Simon Yap
Further reading: http://en.wikipedia.org/wiki/Siege_of_Jerusalem_(70)
https://www.christiancourier.com/articles/1302-jesus-prophecy-and-the-destruction-of-the-temple