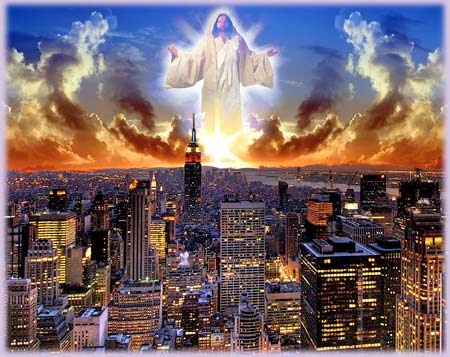 When the New Testament refers to Jesus’ “coming,” it is a clear reference to the imminent judgment that was to come upon Jerusalem in A.D. 70. The days of vengeance was declared on a nation that crucified it’s creator. Jesus said in Luke 21:21,22 “20 “But when you see Jerusalem surrounded by armies, then know that its desolation is near. 21 Then let those who are in Judea flee to the mountains, let those who are in the midst of her depart, and let not those who are in the country enter her. 22 For these are the days of vengeance, that all things which are written may be fulfilled.” Once we understand that, we can shine light upon the passages, which are used to teach the “any-moment return” of Christ.

The first century Christians had to be prepared and watchful of the impending judgment coming upon their nation. There are historical records to prove that not one Christian died in the destruction of Jerusalem. It is interesting to note that 1.1 million Jews were killed in the slaughter, but every Christian of the first century understood that the prophecy of Matthew 24 was about their generation and they literally kept watch and ran for the mountains of Pella to escape the destruction.

In Matthew 24:15-18 …Jesus was giving very practical advice to His disciples about how to stay alive during the AD 70 destruction. We can tell from this passage that Jesus was speaking of a local destruction (flee Judea) and a historical setting (not on a Sabbath). The natural tendency for a Jew, upon seeing an approaching army, would have been to flee into Jerusalem for safety. Jesus told them to leave their fortress and flee the city which was against the normal reasoning.

Because of Jesus’ command to flee, His disciples were protected. This has also been confirmed by other well-known commentaries. Albert Barnes said “It is said that there is reason to believe that not one Christian perished in the destruction of that city, God having in various ways secured their escape, so that they fled to Pella, where they dwelt when the city was destroyed.

John Gill commented “…it is remarked by several interpreters, and which Josephus takes notice of with surprise, that Cestius Gallus having advanced with his army to Jerusalem, and besieged it, on a sudden without any cause, raised the siege, and withdrew his army, when the city might have been easily taken; by which means a signal was made, and an opportunity given to the Christians, to make their escape: which they accordingly did, and went over to Jordan, as Eusebius says, to a place called Pella; so that when Titus came a few months after, there was not a Christian in the city…”

It was important for the first generation church to Be Alert and Watchful, so that they wouldn’t die in the A.D. 70 Destruction. These verses applied to them, but not to us. We are not called to live on the edge of our seats believing that Jesus could come “any-moment!” Many have suspended their lives. Preachers can’t enjoy meaningful relationships with their families because Jesus is coming soon. We are called to pray that it would be “on earth as it is in heaven.” We are to occupy until He comes, not be preoccupied with His coming!