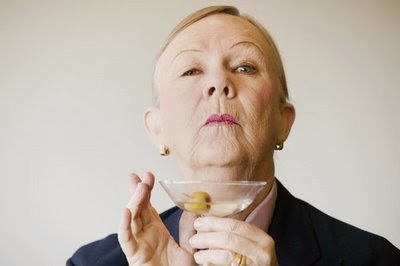 One of the most difficult questions many people try to answer is ‘Why do Christians suffer. And is God behind the suffering?’. One thing we need to understand is that we live in a fallen world and the devil walks about like a roaring lion, seeking whom he may devour. – 1 Peter 5:8 And the devil is out to make war with the children of grace (Revelations 12:17).

Things will always try to come against you, but scripture says Yet in all these things we are more than conquerors through Him who loved us – Romans 8:37 The devil has one intention and that is to accuse you, to lie and to deceive you. Our job is to remain steadfast in the faith, to keep on believing in the finished work of Jesus Christ and this is how we resist the enemy (1 Peter 5:9). Not by trying to go war against him. You can defeat a defeated criminal. Our Faith is the victory.

Self righteousness points to us and is based on the knowledge of good and evil (the law). His Gift of righteousness is based on His grace (unmerited favor) and always points to Jesus. Self righteousness likes to hide itself and manifest in our lives in different ways. We can look at the story of Adam and Eve in Genesis 3, they chose self righteousness (the tree of the knowledge of good and evil) over His gift of righteousness. Just like in Revelations 12, the serpent spewed bitter water (worldly knowledge) at Eve which only leads to sin and death. And Eve chose to believe in worldly knowledge rather than in His truth (sweet water) which is spirit and life. The tree of life was in the midst of the garden, God only wanted them to live by receiving His truth that is spirit and life but their pride took over and they chose self righteousness and to live by worldly knowledge that led them to sin and death.
Some people say ‘if Adam and Eve couldn’t resist falling into self righteousness how can we’. We can because when God redeems and restores He doesn’t just redeem and restore to the same level as before. He doesn’t practice insurance principles of indemnity.

He redeems and restores us to a greater level. He sent His Son to redeem us to a greater level than Adam. What Christ did is greater than what Adam did (Romans 5:12-21, 1 Corinthians 15:46-49). And just like the children of Israel, when the Lord saved them from Egypt He brought them out so that none among them were feeble and they were all wealthy (Psalm 105:37). He saved them to a better place than they ever were at before. And He promises that whatever the enemy has stolen He will restore double (Zechariah 9:12). Jesus’ finished work redeemed us to a greater place than Adam. To a place where we are in Christ and He is in us, where as He is at the right hand of the Father so are we in this world (1 John 4:17). Therefore, if anyone is in Christ, he is a new creation; old things have passed away; behold, all things have become new – 2 Corinthians 5:17.

We are now coheirs with Christ (Romans 8:17) and our flesh that fell to self righteousness in Adam has been crucified with Christ the minute we believe in Him (Galatians 5:24). We can now reign in life. Romans 5:17 For if by the one man’s offense death reigned through the one, much more those who receive abundance of grace and of the gift of righteousness will reign in life through the One, Jesus Christ.

There is no in between, we either live receiving His grace and His gift of righteousness or by the law (knowledge of good and evil) and by self righteousness. God will always speak to us based on what righteousness we choose (our own that always fails or His that is perfect). We see this throughout the Word of God. In Genesis 4:1-15 The Lord did not respect Cain’s offering because He offered it in self righteousness not because he offered the worst fruits like we were taught we were in children bible class. He was trying to be in right standing by his works. And so the Lord responded to Cain with the law “ So the Lord said to Cain, “Why are you angry? And why has your countenance fallen? 7 If you do well, will you not be accepted? And if you do not do well, sin lies at the door. And its desire is for you, but you should rule over it.”. In Cain’s self righteousness God’s grace couldn’t flow. God dealt with Cain based on what Cain believed.

And Cain believed that God’s acceptance was based on His works (his offering). Under the law the minute something negative happens guilt and condemnation sets in and the result is sin. Cain ended up killing his brother. In Exodus the children of Israel told Moses 8 Then all the people answered together and said, “All that the Lord has spoken we will do.” So Moses brought back the words of the people to the Lord. – Exodus 19:8. In their pride and trust in their flesh the Lord responded by giving them the Law (10 commandments). They boated in their ability to measure up to God’s standard of righteousness. So God gave Moses “The Big-10”. And even before Moses came down with the Law their self righteousness led them to sin, they made a golden calf to worship. He led them out of Egypt because of His grace (unmerited favor) and not because they merited it yet they rejected it and wanted to live by receiving all the good things of God based on their obedience. God deals with us based on which righteousness we choose to be under. His or ours, grace or the law.

The Lord considered Israel trusting in themselves as rebellion (Deuteronomy 9), they chose self righteousness over His gift of righteousness and in turn chose the Law instead of His grace (unmerited favor). We can keep going and look at how Jesus interacted with people when He walked on earth. If they came to Him with a law mentality (living trying to merit God’s goodness based on their obedience) then He spoke to them with parables. If they came to Him not under the law He spoke to them directly with compassion and grace and you saw an immediate transformation (true repentance) in the peoples lives.

In Revelations 3:14-22 we see the lukewarm church of the Laodiceans mixing grace (hot) and law (cold). Remember that any law (leaven) wrecks the whole batch (gospel of grace). Law always brings forth self righteousness. And the Lord despises self righteousness. So then, because you are lukewarm, and neither cold nor hot, I will vomit you out of My mouth. 17 Because you say, ‘I am rich, have become wealthy, and have need of nothing’—and do not know that you are wretched, miserable, poor, blind, and naked— 18 I counsel you to buy from Me gold refined in the fire, that you may be rich; and white garments, that you may be clothed, that the shame of your nakedness may not be revealed; and anoint your eyes with eye salve, that you may see. –Revelations 3:17-18. He speaks to them from a distance, counselling them and not disciplining them as sons. How many believers are in this same category

So we see with the examples above that God deals with us based on what we believe of Him. His goodness and all of His blessings can only flow in our lives when we are under His grace (unmerited favor) and gift of righteousness through Jesus Christ. Under the law and self righteousness His goodness and blessings cannot flow. The scary fact is that when we live trying to be justified by the law (merit God’s goodness based on our works) we become estranged and alienated from Christ (the anointed one and his anointing).

Under our self righteousness Christ becomes of no effect in our lives (Galatians 5:4). If you want to know what the devil is looking for when he walks about like a roaring lion, seeking whom he may devour. – 1 Peter 5:8 He is looking for those living under the law (the knowledge of good and evil, the 10 commandments), as this is living in the flesh and in self righteousness. That is why sin has dominion over you if you are under the law (Romans 6:14) and the strength of sin is the law (1 Corinthians 15:56). And you live doing the things you don’t want to do and the things you want to do you won’t do (Romans 7). The law (knowledge of good and evil) brings forth self righteousness which in turn brings forth guilt and condemnation and that traps you in the prison of sin. The only answer is His pure grace upon grace, the fullness of Jesus.