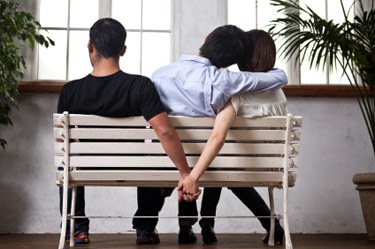 7 Or do you not know, brethren (for I speak to those who know the law), that the law has dominion over a man as long as he lives? 2 For the woman who has a husband is bound by the law to her husband as long as he lives. But if the husband dies, she is released from the law of her husband. 3 So then if, while her husband lives, she marries another man, she will be called an adulteress; but if her husband dies, she is free from that law, so that she is no adulteress, though she has married another man.4 Therefore, my brethren, you also have become dead to the law through the body of Christ, that you may be married to another—to Him who was raised from the dead, that we should bear fruit to God.5 For when we were in the flesh, the sinful passions which were aroused by the law were at work in our members to bear fruit to death. 6 But now we have been delivered from the law, having died to what we were held by, so that we should serve in the newness of the Spirit and not in the oldness of the letter.
Romans 7:1-6
This passage is not Paul’s write up on the issue of divorce as many have taught. If you at it in context of the entire book of Romans, this concept of marriage and divorce is employed by the Apostle Paul to teach on the freedom from the Law of Moses. When you at it from this angle you will get the revelation of what truly happened to us when we received Christ.
The little was written to a Jewish audience that’s why he said “I speak to them that know the law” and he reminds them that the Law dominates them as long as they are alive. In the same way a woman is bound to her husband by the covenant of marriage as long as he is lives as seen inverse 2. If the husband dies, she is free from that covenant.
If a woman decides to run off with another man while she is still married, she is called an adulteress, but if she were to wait until her husband was dead and then remarry, she “is no adulteress” (Romans 7:3). Using this example, Paul concludes that we are dead to the marriage that we had with the Mosaic Law due to the “body of Christ” (Romans 7:4). The phrase “body of Christ” speaks of the death of our Lord on the cross. We were baptized into His death at salvation (Romans 6:3), thus we are as dead to the Law as He is. Now that we have died to the Law, we are free to marry another, and the one that we are married to is the one “who is raised from the dead” (Romans 7:4).
A confused Christian who is now married to the law and but still dates the law. That person would only end up cheating his/herself of the fullness of the relationship and fellowship in Christ. This mixture relationship will produce confusion and keep you out of rest.
Our first husband, The Law was a tough taskmaster. He made impossible demands on us that we could never keep. He was perfect and just and good but he always reminded us that we were none of those things. We spent all our lives trying to live up to his standards and we constantly fell short in one way or the other. When we were unable to perform just right, he provided us with no mercy or help. He spoke the truth to us, but it always cut and hurt because it exposed our flaws and our problems. He wore us out, and we were constantly tired and beat down. The relationship was lop-sided because both parties could not enjoy a beneficial relationship.
Then one day the tyrant died, and our life started brand new again. Our old husband was the Law and his death sentence was pronounced in our salvation. Jesus took our place and kept the demands of the Law perfectly, paid the price for all of our Law-breaking, which freed us from that Old Covenant.
Now we are married to our new husband, Jesus Christ. He puts no hard demands on us; in fact, He is easy and His burdens are light. We serve Him in every way though He never demands it. His loving presence brings forth wonderful fruit from our lives (Romans 7:4). We are a better spouse to Him than we ever were to our old husband, because this husband washes us with the water of words, speaking sweet nothings into our ear.
6 “that He might sanctify and cleanse her with the washing of water by the word,”
(Ephesians 5:26).
There is no place for fear in this sweet relationship. Unfortunately some Christians still see Jesus as the harsh old man. They are afraid of being beaten and thrown into the streets for not being good. They suffer from abusive-spouse syndrome.
We have been joined together to Christ through the marriage of salvation. This marriage has delivered us from the bondage of the Law (Romans 7:6). This divorce is not a license to sin but to freedom. Now, we serve our new husband with a new spirit (verse 6). We served the first husband of out obligation but we serve our new husband because out of relationship and fellowship. Our husband doesn’t just want to be in the house because he needs someone to clean the dishes but because he values us himself that is why we are called his body.