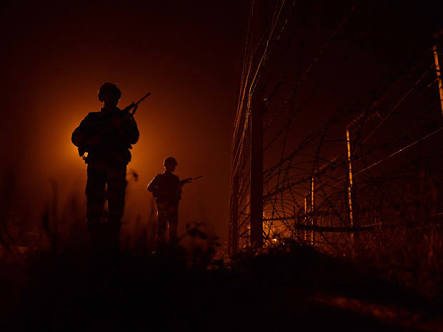 Matthew 24:6 KJV
And ye shall hear of wars and rumours of wars: see that ye be not troubled: for all these things must come to pass, but the end is not yet.

When Jesus declared that this it was a time in their history that they experienced what was known as the Pax Romana, the Roman Peace. This was a time the only time in biblical history when war was a rare thing since the Roman empire had conquered its enemies all over the world.

Of what essence would it have been if they were experiencing wars in their time and Jesus then gave a prophecy that there would be wars and rumors of wars.

According to historical records in the Roman Empire proper, this period of peace remained comparatively undisturbed until the time of Nero.”  It was in Nero’s reign Rome went to war with the Parthians, there was also a war in Britain and there were various other rebellious disturbances across the empire. All these uprisings and wars immediately preceded the Jewish War.

It is of good note to know that the pages of the book written by Josephus where stained everywhere with blood as he strove to keep the events happening in his records.

The records I am about to give are based on extra biblical sources that cover events that occurred in that first century.

In his book the destruction of Jerusalem by George Peter Holford, he writes pertaining to this;

“About three years after the death of Christ, a war broke out between Herod and Aretas, king of Arabia Petraea, in which the army of the former was cut off. This was “kingdom rising against kingdom.”

Wars are usually preceded by rumors. It may, therefore, appear absurd to attempt a distinct elucidation of this part of the prophecy; nevertheless, it ought not to be omitted that, about that time, the emperor Caligula, having ordered his statue to be placed in the Temple of Jerusalem, and the Jews having persisted to refuse him, the whole nation was so much alarmed by the mere apprehension of war that they neglected even to till their lands! The storm, however, blew over.

About this period, a great number of Jews, on account of a pestilence that raged at Babylon, removed from that city to Seleucia, where the Greeks and Syrians rose against them and destroyed of this devoted people more than five myriads! “The extent of this slaughter,” says Josephus, “had no parallel in any former period of their history.” Again, about five years after this dreadful massacre, there happened a severe contest between the Jews at Perea and the Philadelphians, regarding the limits of a city called Mia, and many of the Jews were slain. This was “nation rising up against nation.”

Four years afterward, under Cumanus, a Roman soldier offered an indignity to the Jews within the precincts of the Temple. This they violently resented, but upon the approach of the Romans in great force, their terror was so excessive and their flight so disorderly that not less than ten thousand Jews were trodden to death in the streets. This, again, was “nation rising up against nation.”

Four years more had not elapsed before the Jews made war against the Samaritans and ravaged their country. The people of Samaria had murdered a Galilean, who was going up to Jerusalem to keep the Passover, and the Jews thus revenged it.

At Caesarea, the Jews had a sharp contention with the Syrians for the government of the city, and an appeal was made to who decreed it to the Syrians. This event laid the foundation of a most cruel and sanguinary contest between the two nations. The Jews, mortified by disappointment and inflamed by jealousy, rose against the Syrians, who successfully repelled them. In the city of Caesarea alone, upwards of twenty thousand Jews were slain.

The flame, however, was not now quenched; it spread its destructive rage wherever the Jews and Syrians dwelt together in the same place: throughout every city, town, and village, mutual animosity and slaughter prevailed. At Damascus, Tyre, Ascalon, Gadara, and Scythopolis, the carnage was dreadful. At the first of these cities, ten thousand Jews were slain in one hour, and at Scythopolis, thirteen thousand treacherously in one night.”

Though there would be wars, and rumors of wars, as Jesus prophecied but this was his admonition: “See that ye be not troubled: for all these things must come to pass, but the END is not yet.”

What end is he referring to here?
The end of that Old Covenant age. It was about the end of that Jewish age evidenced in the destruction of Jerusalem.

NATION FIGHTING NATION
“For nation will rise against nation, and kingdom against kingdom. And there will be famines, pestilences, and earthquakes in various places. (Matthew 24:7 NKJV)

The word “nation” here is the Greek word ethnos, which means, a race.

Did the disciples see nation rising against nation? Yes! Josephus writes that , “At Caesarea in AD 59 the Jews and Syrians contended about the right to the city, and twenty thousand Jews were slain.” At Scythopolis, over 13,000 Jews were killed.

Thousands were killed in other places, and at Alexandria 50,000 were killed. At Damascus, 10,000 were killed in an hour’s time. Jesus is speaking about the conflicts between Gentiles and Jews, which began to take place shortly after this time, and continued to the beginning of the great Jewish war with the Romans.

It is remarkable how these events fit into the timeframe that Jesus and how largely in the church many are unaware of them.

In our generation we have witnessed conflicts and wars in various places and at various times. We have seen terrorist activities take place that has left some at loss in the wake of the disaster and it cannot be dismissed. The only problem is then taking these events into our timeline and declaring the nearing end of the world.

Our Lord’s prophecy was in relation to the end of that Jewish age which the disciples questioned him about. The presence of God’s kingdom has actually being finding expression though some have not realized some truth in this regard. We will experience the glory of the kingdom and peace will eventually reign over the earth.