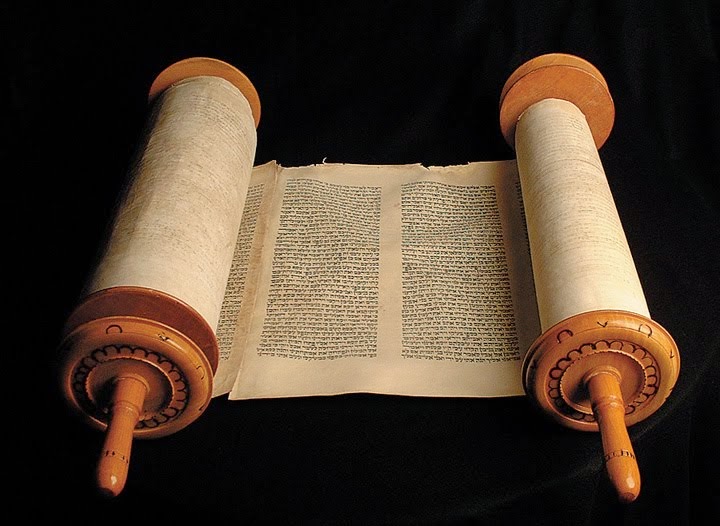 Indeed the scriptures is about one person; Jesus. It is not about the Jews nor about us the gentiles. Whenever we make ourselves the focus in the Bible, we set ourselves for failure and frustration. The Jews had centuries of difficulties and possibly impossibility understanding the true nature of God even considering the fact that they were they custodian of the law and ordiances.
As Paul would say in Romans 3:1-2
“What advantage then has the Jew, or what is the profit of circumcision? 2 Much in every way! Chiefly because to them were committed the oracles of God.”
And in vs 9
What then? Are we better than they? Not at all. For we have previously charged both Jews and Greeks that they are all under sin.
They had a perfect law but were not perfect. In the end they were not still better than the gentiles as all were concluded under sin.
So why give them the law that could not perfect them? Why give them 613 ordinances with the condition that breaking one would still make you guilty of all.
Dear friends, it my personal belief that it has been all about Jesus. The law was not to perfect them but to point to the one who could, Jesus.  It was not about keeping the labourous rules and regulations but about one who would keep it all. Their failure was to bring them to the end of themselves for the Messiah to manifest in His grace and righteousness.
Jesus told the religious something that shook them to the foundation of their existence in John 5:39
“You study the Scriptures diligently because you think that in them you have eternal life. These are the very Scriptures that testify about me,”
Now you may not see the beauty in the English version. But note the word “Scriptures” and “testify”
Now let’s see in the Complete Jewish Bible (CJB)
“ You keep examining the Tanakh because you think that in it you have eternal life. Those very Scriptures bear witness to me,”
Tanakh is an acronym of the first Hebrew letter of each of the Masoretic Text’s three traditional subdivisions: Torah (“Teaching”, also known as the Five Books of Moses), Nevi’im (“Prophets”) and Ketuvim (“Writings”)—hence TaNaKh . To the Jews, there is no “Old Testament.” The Old Testament is known as Written Torah or the Tanakh.
Now I discovered something very interesting that I want to share with you.
The scriputures tells us something that Jesus did after his resurrection that revolutionalised the way the Old testament should be read.
“And beginning with Moses and all the Prophets, he explained to them what was said in all the Scriptures concerning himself.” (Luke 24:27)
Paul asked a question to point to truly understand that the Law was not given to us to keep it. It was given to show us the one who could fulfil it. The
lack of understanding of this purpose would only generate self-based efforts that would sap life of our existence.
Now lets go a step further I share with my discoveries from my Hebrew studies.
The word “law” which is “Torah” in Hebrew begins with the Hebrew letter Tav.
Hebrew is read right to left. It is spelled in Hebrew as “Tav-Vav-Resh-Hey” Torah to the Jews means “teaching and instruction”.
Because each Hebrew letter has a literal meaning we will discover something deeper.
See the word Torah as it is written in Hebrew תּוֹרָה

It consists of the Hebrew letters are “Tav-Vav-Resh-Hey”
Tav means cross or covenant
Vav means Nail or secure
Resh means the highest person, head or chief.
Hey means grace or revealed
So what do we see?
The “covenant” “secured” by the “chief” or “Prince” of “Grace”
When you read the letters from left to right we also read: “Grace” is in the “highest person” “nailed” to the “cross”!
Halleuyah! Thank God we found him not through our works, prayers or repentance. This only possible because he found us where we are and made a way where was no way.
“ But God shows and clearly proves His [own] love for us by the fact that while we were still sinners, Christ (the Messiah, the Anointed One) died for us.” (Romans 5:8) AMP