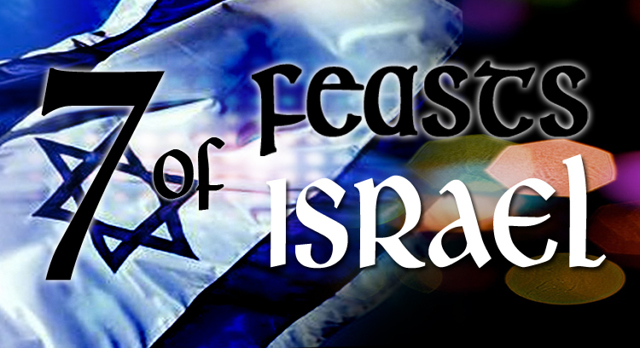 I was preparing to do a blog on the feasts of Israel, it’s significance being a type and shadow and their fulfillment with regards to eschatology. But when I read this note. I decided to share a friend’s thought on it seeing it was well interpreted with the right timelines. Enjoy.
This is the adaption from David Duncan.
When we speak of fulfilled eschatology, people often wonder about the feasts. Are the feasts something we should celebrate today? Or, have all the feasts and their pictures been fulfilled, or do we await some later fulfillment picture in one of the feasts? Here is the answer: The feasts pointed to episodes in the finished work of Jesus. They have all been fulfilled. Let me explain:
1. Feast of Passover – Christ is our Passover, and He ate the passover meal with His disciples before going to the cross. This was fulfilled when He became the Passover Lamb at the cross.
2. Feast of Unleavened Bread – This was fulfilled as His body was the bread which was broken at the cross.
3. Feast of Firstfruits – This was fulfilled in His resurrection. He is the firstfruits of resurrection.
4. Feast of Weeks (Harvest or Pentecost) – This was fulfilled on the day of Pentecost when the Holy Spirit was poured out.
5. Feast of Trumpets – This was fulfilled in the trumpet judgments of the harlot, old covenant system in 70ad.
6. Day of Atonement – Jesus was the atoning sacrifice, but the scapegoat was also part of the day of atonement, as the sins of Israel were put on its head, and it was led into the wilderness to be destroyed by the beasts. When the temple and city fell in 70ad, this was the picture of the scapegoat being destroyed by “the beast” (the Roman Empire). This has been fulfilled.
7. Feast of Tabernacles – This was the celebration of when Israel was released from Egyptian slavery and bondage and lived in tabernacles in the wilderness. Old Covenant Jerusalem was also a picture of Egyptian bondage, and when the city fell, the freedom from that slave system came as well. This has been fulfilled.
As Jesus said in Luke 21:22 “For these be the days of vengeance, that all things which are written may be fulfilled”. The days of vengeance were the events of the 70ad destruction of the temple and Jerusalem.