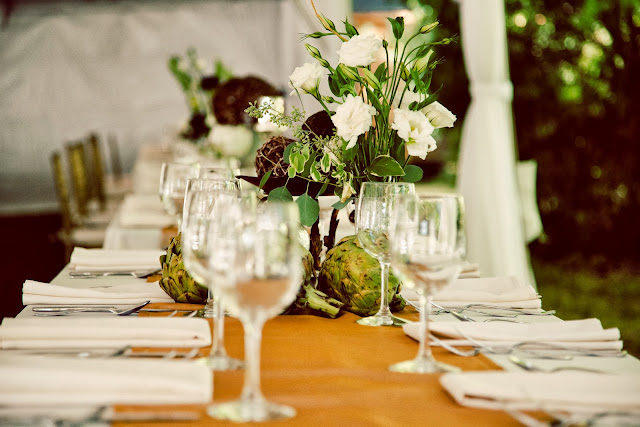 Understanding the arrival of the kingdom is also necessary to understand the event that heralded its establishment. if we are still looking forward for the kingdom to come then we will be living without the expectation of the fullness of the God-head expressed in our lives and our world.

This would be far from what our Lord promised giving the relevance of the passing away of the Old covenant age that saw a marriage relationship with the Jews end and another instituted by the new covenant.

There are many who are still expecting a marriage feast of the Lord with the church sometime in the future. The problem with this belief is that it is wrong in its timing. If that is true then it means that the church is still being engaged with Jesus for the past 2,000 years. That sure would make it the longest courtship in history.

And Jesus answered and spoke to them again by parables and said: 2 “The kingdom of heaven is like a certain king who arranged a marriage for his son, 3 and sent out his servants to call those who were invited to the wedding; and they were not willing to come.4 Again, he sent out other servants, saying, ‘Tell those who are invited, “See, I have prepared my dinner; my oxen and fatted cattle are killed, and all things are ready. Come to the wedding.”’ 5 But they made light of it and went their ways, one to his own farm, another to his business. 6 And the rest seized his servants, treated them spitefully, and killed them. 7 But when the king heard about it, he was furious. And he sent out his armies, destroyed those murderers, and burned up their city. 8 Then he said to his servants, ‘The wedding is ready, but those who were invited were not worthy. 9 Therefore go into the highways, and as many as you find, invite to the wedding.’ 10 So those servants went out into the highways and gathered together all whom they found, both bad and good. And the wedding hall was filled with guests.
11 “But when the king came in to see the guests, he saw a man there who did not have on a wedding garment. 12 So he said to him, ‘Friend, how did you come in here without a wedding garment?’ And he was speechless. 13 Then the king said to the servants, ‘Bind him hand and foot, take him away, and[a] cast him into outer darkness; there will be weeping and gnashing of teeth.’
14 “For many are called, but few are chosen.”

This invitation was when the gospel was first preached to the Jews. They excused themselves out of that invitation by going back to what defined them in terms of their labour. Noticed the excuse they gave;

“5 But they made light of it and went their ways, one to his own farm, another to his business. “

But it didn’t end there upon their refusal, they still persecuted and killed those sent by the Lord. This is why the disciples and Apostles of the 1st century were persecuted and martryred. They saw them preach a message that made nonsense of their identity based on the Mosaic laws. It was a declaration of the end of Old covenant age.

Jesus told them in Matthew 23 that
31 “Therefore you are witnesses against yourselves that you are sons of those who murdered the prophets. 32 Fill up, then, the measure of your fathers’ guilt. 33 Serpents, brood of vipers! How can you escape the condemnation of hell? 34 Therefore, indeed, I send you prophets, wise men, and scribes: some of them you will kill and crucify, and
some of them you will scourge in your synagogues and persecute from city to city, 35 that on you may come all the righteous blood shed on the earth, from the blood of righteous Abel to the blood of Zechariah, son of Berechiah, whom you murdered between the temple and the altar. 36 Assuredly, I say to you, all these things will come upon this generation.

According to the parable When the king heard the news of how his ungrateful guests violently attacked and killed his servants, he sent out his armies to destroyed those murderers and burned up their city. As a result of this, his servants went out into the highways and invited as many common people they could find to come to the wedding.
This parable has been fulfilled as it related to the events concerning the Jews. History gives us support. Jesus predicted the destruction of Jerusalem by the Roman armies. Israel’s rejection of God’s invitation to come to the wedding feast, i.e. the marriage of the Lamb and killing of the saints fulfilled the judgment of the wrath of God. Because they rejected Christ, they were not disposed to attend the wedding feast. God gave them time to repent even to the point that the saints prayed asking to make haste in judgment. This is what John in his revelation;
9 Now when the Lamb opened the fifth seal, I saw under the altar the souls of those who had been violently killed because of the word of God and because of the testimony they had given. 10 They cried out with a loud voice, “How long, Sovereign Master, holy and true, before you judge those who live on the earth and avenge our blood?” 11 Each of them was given a long white robe and they were told to rest for a little longer, until the full number was reached of both their fellow servants and their brothers who were going to be killed just as they had been. (Revelation 6)
Now we see that after the city was destroyed, the time came for the wedding feast. The marriage was consummated at the close of the old age. This is why the book of Revelation is about 2 women. The first representing the Old covenant, also known as Hagar and the whore Babylon was divorced and brought to a full end.
Revelation 19 agrees to this. After the whore Babylon is judged and falls, the marriage of the Lamb immediately follows.
After these things I heard a loud voice of a great multitude in heaven, saying, “Alleluia! Salvation and glory and honor and power belong to the Lord our God! 2 For true and righteous are His judgments, because He has judged the great harlot who corrupted the earth with her fornication; and He has avenged on her the blood of His servants shed by her.” 7 Let us be glad and rejoice and give Him glory, for the marriage of the Lamb has come, and His wife has made herself ready.” 8 And to her it was granted to be arrayed in fine linen, clean and bright, for the fine linen is the righteous acts of the saints.
9 Then he said to me, “Write: ‘Blessed are those who are called to the marriage supper of the Lamb!’” And he said to me, “These are the true sayings of God.” (Revelation 19)

According to Revelation 19:7-8, the wedding garment is the “righteousness of the saints.” This righteousness is not one through the law. It is a free gift to be received. God makes man righteousness through Christ and obedience of faith to the gospel of Christ
For I am not ashamed of the gospel of Christ, for it is the power of God to salvation for everyone who believes, for the Jew first and also for the Greek. For in it the righteousness of God is revealed from faith to faith; as it is written, “The just shall live by faith.” (Rom. 1:16-17).
This man was attempting to gain entrance to the feast as an unbeliever, unwashed and therefore not cleansed in the blood of the Lamb.
Christianity is an invitation to the feast. The entrance into the kingdom is no longer based on what you can do for God but belief in Jesus’ finished work. Faith in him clothes us with His righteousness.
The parable ends with the statement “For many are called, but few are chosen.” Some have taken this to mean that in the world today, only a few will saved since others are “playing church”. The context of that parable would also let you know it was referring to the Jews with respect to the return of Jesus in judgment over that city.
The gospel was first preached to the Jews however only a few compared to their population were believed and were saved when that dreadful event occurred in AD70.
This kingdom’s influence will keep growing and will bring about a restoration on the earth through the impact of the glorious benefits in the new covenant by the Holy Spirit.