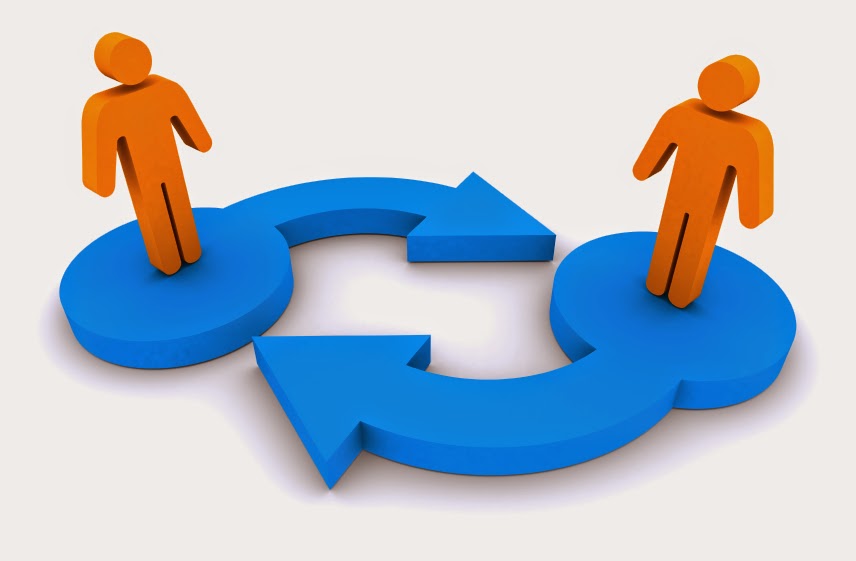 “To wit, that God was in Christ, reconciling the world unto himself, not imputing their trespasses unto them; and hath committed unto us the word of reconciliation…For he hath made him to be sin for us, who knew no sin; that we might be made the righteousness of God in him.” 2 Corinthians 5:19,21
The word “reconciliation” is talking about making peace. God was no longer holding us accountable. Instead, He imputed our sins to Jesus, making Jesus accountable for our sins. Jesus became what we were so we could become what He was—the righteousness of God. On the cross there was a divine exchange. Our sin for his righteousness and our judgment for his justification.

Jesus was like a lightning rod that drew all the judgment of God unto Himself. He not only bore our sins; He actually became sin (2 Cor. 5:21).

Jesus said this in John 12:27-32:
“Now is my soul troubled; and what shall I say? Father, save me from this hour: but for this cause came I unto this hour. Father, glorify thy name. Then came there a voice from heaven, saying, I have both glorified it, and will glorify it again. The people therefore, that stood by, and heard it, said that it thundered: others said, An angel spake to him. Jesus answered and said, This voice came not because of me, but for your sakes. Now is the judgment of this world: now shall the prince of this world be cast out. And I, if I be lifted up from the earth, will draw all men unto me.”

This scripture like many others have been misinterpreted to mean that if God is properly glorified in our preaching, then He will draw all people unto Himself. But that is not what this passage is saying.

If you look in the King James Version Bible, notice that the word “men” in verse 32 is italicized. That means it wasn’t in the original language. The translators put this word in italics to let you know this was their addition, but it wasn’t a part of the text. If you take this verse in context, I believe that the Lord was saying He would draw all JUDGMENT to Himself. Jesus, like a lightning rod, attracted all of God’s thunderous judgment for all of mankind’s sins for all time unto Himself.

All the murder, all the perversion, every vile and rotten sin imaginable, all sickness, and all disease ever known to mankind actually entered into His physical human body and spirit. Isaiah 52:14 talks about the crucifixion of Jesus and says that He was disfigured more than any man to the point that He was unrecognizable as a human being.

That could not just happen from physical beatings, especially since the Word says that not a single bone was broken in His body (Ps. 34:20 with John 19:36). I believe His body was completely disfigured from the cancers, tumors, diseases, deformities, and anything else human beings have ever suffered. Mel Gibson’s movie widely criticized “Passion of the Christ” could not depict the entire of the sufferings he went through on our behalf.

Jesus didn’t pray for the cup to be taken from Him just because of the physical pain He would suffer but because He did not want to become sin. He hated becoming what He came to redeem us from. And the worst part of all Jesus’ sufferings was total rejection from His Father, something he had not experienced before.

Matthew 27:46 says,
“And about the ninth hour Jesus cried with a loud voice, saying, Eli, Eli, lama sabachthani? that is to say, My God, my God, why hast thou forsaken me?”

God the Father forsook Jesus so you and I would never be forsaken. Everything that you and I would have suffered, through endless years in eternity—the grief, the pain and, worst of all, the complete separation from the presence of God—Jesus experienced. It was the first time that he called the father “God” so that you and I can call him Father. And He experienced all of this for us. When we say God is judging our sins as individuals or even as a nation, we are declaring invalid what Jesus did. That would be “double jeopardy.”

When John the Baptist saw Jesus, he cried “Behold the lamb that takes away the sin of the world. Sin isn’t a problem with God anymore. It’s us the church that has made it a major deal. Neither past, present, nor future sins can separate you from God. The only people who will go to hell are those who have spurned and rejected the greatest sacrifice that has ever been made. In heaven, you won’t answer for your sin; Jesus already has. You will answer for your acceptance or rejection of Jesus. Hebrews 2:3a says ‘how shall we escape if we ignore so great a salvation?…”

Natural disasters are just that—natural disasters. We live in a corrupted world where bad things happen, but God isn’t the cause of them. If He were, we would not see the cases of miraculous survivors like some who escaped death on September 11. Surely all of us deserve the judgment of God. But, praise God, we don’t get what we deserve. That is why it is called grace.