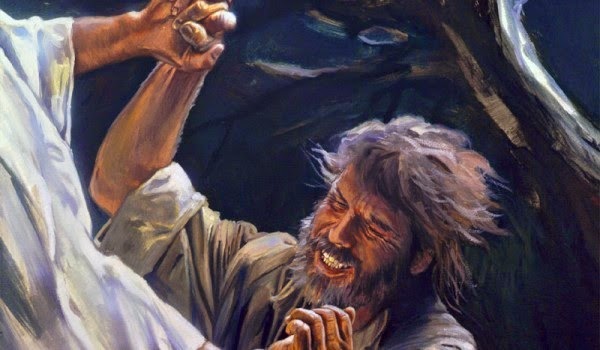 I remember seeing words like ‘HEAVEN WILL NOT REST UNTIL I SUCCEED” or “HEAVEN WILL NOT REST UNTIL I AM BLESSED”. Which ever way it is said or written, I really believe we need to understand which age we are living in. The main reason many people are frustrated and some living in false expectations is because they are placing the cart before the horse.
By the finished work of Jesus on the cross heaven itself has been brought to rest. God is at rest, Jesus is at rest. The writer of Hebrews said about Jesus our High Priest
“Under the old agreement the priests stood before the altar day after day offering sacrifices that could never take away our sins. 12 But Christ gave himself to God for our sins as one sacrifice for all time and then sat down in the place of highest honor at God’s right hand,” (Hebrews 10:11,12)
Under the Old covenant no priest could rest because the work had to be done continually. There was no perfection and the quest for it was ongoing throughout generations.
Christianity is an invitation to enter God’s rest. We are not going to influence God’s goodness by how well we can wrestle with him. As there are many trying to wrestle down through their religious performance hoping to weary God out to release his blessings on them. They want to take their cue from Jacob in his wrestle with the angel.
We must remember that Jacob did not even win the wrestle match as he ended up crippled. He lost the contest but God’s grace crowned the loser as a Prince as his name was changed to Israel which means a prince with God. God’s grace empowers losers and those who don’t qualify for God unreserved goodness. At his weakest point when he ceased from his struggles then he received the blessing he desired.
No one is hustling over there in heaven to make things happen. Jesus’ death has reconciled man to the favour of God. That is why He prayed “let your will be done on earth as it is in heaven” and believe The Father has answered that prayer.
You are the one that needs to enter that rest for you to enjoy His blessings. See Paul’s advice: “Let us therefore fear, lest, a promise being left us of entering into his rest, any of you should seem to come short of it…. For he that is entered into his rest, he also hath ceased from his own works, as God did from his. Let us labour therefore to enter into that rest, lest any man fall after the same example of unbelief.” Hebrews 4:1,10,11
One word we find appear over 250 times in the New Testament is the word “Receive”. The major Greek word amongst others is “Lambano”. This means to simply take. You can only take what is available. The finished work has made available a life that is full of victory and abundance for anyone who believes.
Jesus said in Matthew 11:28 ““Are you tired? Worn out? Burned out on religion? Come to me. Get away with me and you’ll recover your life. I’ll show you how to take a real rest. Walk with me and work with me—watch how I do it. Learn the unforced rhythms of grace. I won’t lay anything heavy or ill-fitting on you. Keep company with me and you’ll learn to live freely and lightly.” (The Message Version).
Your good and religious works will not buy you His blessings because they have already been bought by the blood of the lamb.
Dearest your only effort is to cease from your toil and enter heaven’s rest so that grace will flow unceasingly into your life. Grace to you.