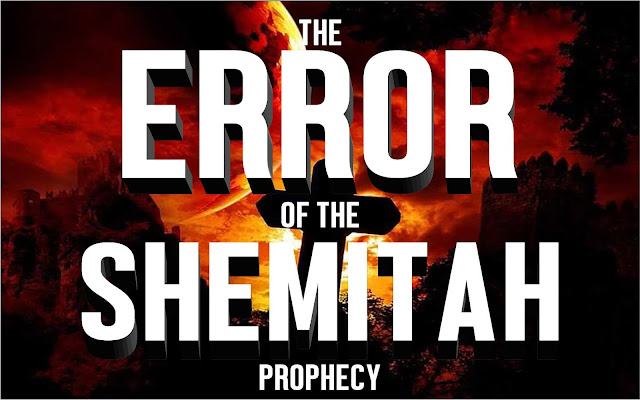 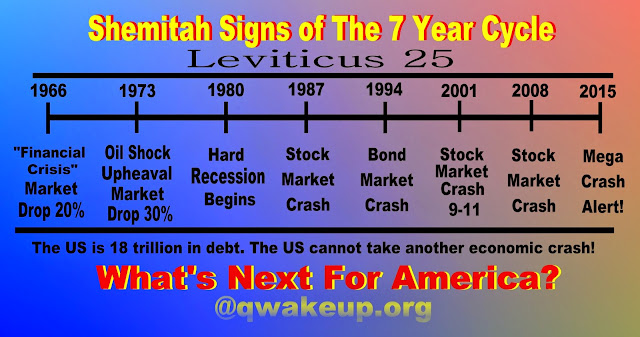 They seem to forget what the scriptures says about the law and its customs:
“Now we know that whatever the law says, it says to those who are under the law,…” (Romans 3:19a)
The law was never for America or any gentile nation. But the author brings the observance and doubles it as a prophetic sign. See below a quote from his book.
“To answer this, we must distinguish between the observance of the shemitah and the shemitah as a prophetic sign. Only Israel was required to keep the shemitah as an observance. As an observance the shemitah applies to one nation. But as a prophetic sign it may apply to any nation. As an observance, the shemitah comes regularly, every seventh year. But as a sign it is not bound to any schedule or regularity. But when it does appear, it will manifest the essence of the shemitah, its effect and mystery, in the form of a sign” (The Mystery Of The Shemitah, page 76, paragraph 2).
This is what God confirmed to Israel in Psalms 147:
19 He has revealed his word to Jacob,    his laws and decrees to Israel.20 He has done this for no other nation;    they do not know his laws
What you are seeing here is that the author has transformed a regularly scheduled religious observance, meant for one nation only, into a prophetic sign that can manifest itself in judgment at any time upon any nation. From his records of economic downturns, recessions, and depressions he connects them to the constituent elements in the Shemitah. This connection does not hold any water in the face of the finished work of Jesus and the advancing kingdom of God on earth.
The shadows of the Old covenant observance have all faded away into the substance in Christ. No prophecy can find its roots from Mosaic covenant for us today.
“16 Therefore let no one judge you in regard to food and drink or in regard to [the observance of] a festival or a new moon or a Sabbath day. 17 Such things are only a shadow of what is to come and they have only symbolic value; but the substance [the reality of what is foreshadowed] belongs to Christ.” (Colossians 2:16) AMP
According to the calculations of the Jewish calendar a shemitah year began at sunset on Sept. 24, 2014 and will end at sunset on Sept. 12, 2015. It is supposed to bring about a period where people could rest in the abundant provision of God and not mourn losses. The Shemitah has been fulfilled in the New covenant by Jesus’ death, burial and resurrection. We are now living in a perpetual Shemitah age. It is the age of the finished work. We have been blessed with the abundance of heaven in Jesus, all our debts have been cancelled and we have been placed as sons, no more slaves.
It does take a professor to know that the following months could be difficult periods for nations struggling to keep their economy afloat. Many developed countries are seeing hopeless situations. We the church needs to be reminded that the kingdom is here and is the solution to a lost world. The grace of God is what the world needs and not judgment or wrath.
All these coming-judgment theories and speculations about the end of the world is so needless. I am sure that that as the days go by these so-called “sure” prophecies would fall flat and their proponents would become quieter, preparing their defence of delays and research more calculations that they would sell to their audience to keep their relevance and validity. Well as for me I am done with that kind of Christianity, no more shadows, no more types. Its all about Jesus and his endless love for me.
Credits:
What Does The Bible Say? The Sabbath Year (Shemitah) by Gracethrufaith
Don K. Preston: The Mystery of the Shemitah: Exposing the error of the Shemitah