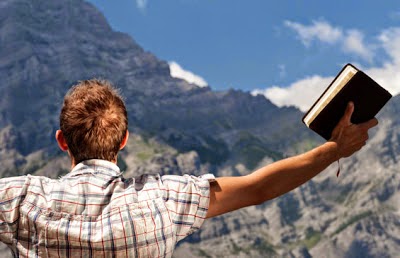 “And this Gospel of the kingdom shall be preached in all the world, for a witness unto all nations, and then shall the end (i.e. of the Jewish dispensation) come” (Matt. 24:14).

I used to understand that what we are waiting for before the rapture takes place was for the gospel to be in every part of the world. I even did an analysis of the global gospel spread stressing that the end was very near. This was until I discovered that the prophecy that Jesus gave was about the end of the Mosaic age and destruction of Jerusalem.
The root word Oikoumene, used for “world” in this passage, actually means “inhabited or civilized world,” not world as in global planet earth. This is the same Greek word used in Luke 2:1: “Now in those days a decree went out from Caesar Augustus, that a census be taken of all the inhabited earth.”
Surely Ceasar Augustus did not carry out the census in every nook and cranny of the planet earth. This world was their civilized world that was under the radar of their control.
According to a research on “The Jews and the Roman Empire” the following was stated about the Roman empire:

The Roman Empire grew over a long period of time from basically a political unit in Italy to the entire Mediterranean basin, but it took a lot of time…. It really grew out of a number of different dynamics, certainly through invasion, through conquest, but also through invitation and one could be say bequest; certainly the eastern part of what became the empire actively solicited Rome’s presence and were looking for, a firm, stable political authority and found, in Rome, that authority….

In fact, in some eastern Mediterranean cities Roman business men formed actual social units, political units within the Greek cities. These then became the networks by which political power then followed. So from economic and military activity spreading out from Italy, the empire spread through North Africa, through the West all the way through Great Britain, to the East all the way to eastern Syria, and that embraced all of Greece, all of Turkey, the Syral Palestinian area. The complete Mediterranean basin was effectively Roman.

The apostle Paul used this same word later to confirm four times that the Gospel had reached the whole civilized world as Jesus predicted
Rom. 1:8;
First, I thank my God through Jesus Christ for all of you, because [the report of] your faith is made known to all the world and is [b]commended everywhere.
vs 10:18;

“Their sound has gone out to all the earth,
And their words to the ends of the world.”
Col 1:5-6,
5 because of the hope which is laid up for you in heaven, of which you heard before in the word of the truth of the gospel, 6 which has come to you, as it has also in all the world, and is bringing forth fruit, as it is also among you since the day you heard and knew the grace of God in truth;
Vs 23
23 if indeed you continue in the faith, grounded and steadfast, and are not moved away from the hope of the gospel which you heard, which was preached to every creature under heaven, of which I, Paul, became a minister.
Jesus was saying that the gospel would be preached throughout the Roman Empire (which Jerusalem and Judea was inclusive) before He would come in judgment upon Jerusalem and the temple. This has been fulfilled, and it has no further fulfillment in our future. We are not waiting for every person to hear the Gospel so that the rapture can suddenly take place.
Bishop Newton once said, “from the writers of the history of the church, that before the destruction of Jerusalem, the Gospel was not only preached in the Lesser Asia, and Greece, and Italy, the great theatres of action then in the world, but was likewise propagated as far northward as Scythia, as far southward as Ethiopia, as far eastward as Parthia and India, as far westward as Spain and Britain.”
Tacitus a senator and Roman historian affirmed that “the Christian religion, which arose in Judea, spread over many parts of the world, and extended to Rome itself, where the professors of it, as early as the time of Nero, amounted to a vast multitude,” insomuch that their numbers excited the jealousy of the government.
The gospel going round the Roman empire was to give the Jews everywhere the opportunity to embrace the redemption in Jesus and escape the wrath that was to be unleashed. We are to continue the spread of the gospel of grace so that the kingdom of God would find more expression in its glory and power.