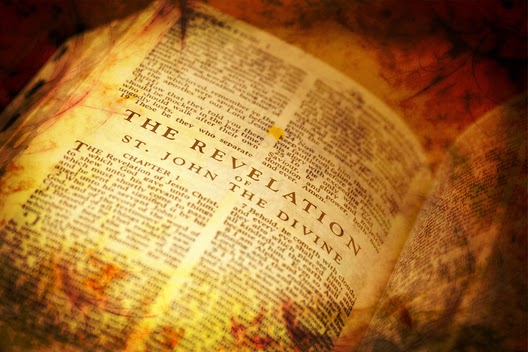 The book of Ezekiel opens with an account of the vision that brought Ezekiel to his prophetic calling. Ezekiel describes his vision as an elaborate and complex image that symbolizes the majesty of Yahweh and proclaims God’s sovereignty over all the nations of the earth. The prophet is so overcome by the vision that he falls on his face. A voice calls to him, saying “Son of man, I am sending you to the Israelites, to a rebellious nation that has rebelled against me. . . . And whether they listen or fail to listen — for they are a rebellious house — they will know that a prophet has been among them.”
Ezekiel is then handed a scroll, on which is written “words of lament and mourning and woe.” Told to eat the scroll, when he does so he finds that it tastes as sweet as honey. Evidently, Ezekiel knows that the message he is to proclaim portends impending disaster, yet he thoroughly enjoys the task given to him.
The people who were left in Jerusalem after the first captivity consoled themselves with the idea that they were better off than their brethren who were taken to Babylon. They believed that God would protect them from any foreign power and that neither the city of Jerusalem nor the Judean kingdom would ever be overthrown. This is something very similar with what happened to the Jews during the revolt against the Roman empire. Ezekiel’s task was to disillusion them with reference to this hope, to make clear to them that the city would be destroyed and also the reasons why it would be overthrown. To accomplish these tasks, the prophet performed a number of symbolic acts. For example, on a piece of tile, he drew a picture of Jerusalem under siege and placed the tile in a prominent place, where it could be seen plainly by all those who walked along the street.
The books of Revelation and Ezekiel are basically the same books written with the same biblical imagery. The comparison is easy to prove by simply reading the book of Revelation along side the book of Ezekiel. This comparison quickly reveals that both these books deal with the same destruction of Jerusalem, and they both end with the same symbolic picture of the establishment of a new Jerusalem. The latter being God’s New Jerusalem (God’s Kingdom) in the earth. It is not about the end of the whole world.
It is constructed with strict adherence to the prophecy of Ezekiel. Revelation’s dependence upon the language and imagery of Ezekiel has long been recognized by scholars. Though the Apostle John does more than merely make literary allusions to Ezekiel. Philip Barrington once commented that “The Revelation is a Christian rewriting of Ezekiel. Its fundamental structure is the same. Its interpretation depends upon Ezekiel.
The first half of both books leads up to the destruction of the earthly Jerusalem; in the second they describe a new and holy Jerusalem. There is one significant difference. Ezekiel’s lament over Tyre is transformed into a lament over Jerusalem, the reason being that St. John wishes to transfer to Jerusalem the note of irrevocable doom found in the lament over Tyre. Here lies the real difference in the messages of the two books. Jerusalem, like Tyre, is to go forever.”
Ezekiel for a rebuilt Jerusalem but Revelation for a new Jerusalem that comes from heaven to earth. They both deal with the same audience, Israel. The book of revelation gives us the Olivet discourse that we see in Matthew 24, Mark 13 and Luke 21 that highlights the end of Israel with its magnificent temple.
See below the parallels between the two books. Understanding this will help you understand one major truth. It is not about the end of the world but the end of the destruction of Jerusalem and the installation of new covenant.