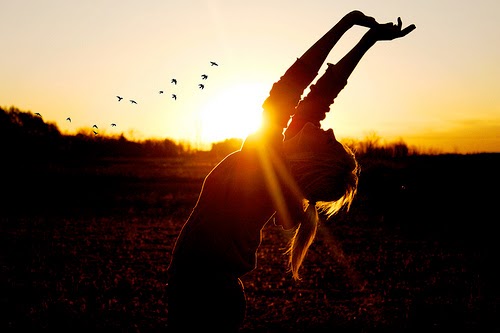 There are 2 ways to live life; By His default or by your design. Your design is your attempt to make you, but his default is His design why He created you. His purpose is not about you doing something great for Him. It is about us discovering and enjoying his goodness already displayed around us.
In creation, He created and made a home and a perfect environment for Adam to live and maximize his life. He was placed in a garden which symbolizes a prepared place. He wasn’t placed in a wilderness but in a garden. Everything he needed was there. However when he sinned, he forfeited the glory and came to the place where his success and fulfillment would be based on the sweat of his face.
In redemption, there is a restoration to the prepared place. Its called rest, where the work is finished. Just like Adam was invited first into the Sabbath day, we were also invited to rest in Him.
“ For he who has entered His rest has himself also ceased from his works as God did from His.” (Hebrews 4:10)
This rest is the answer to those who have struggled for divine approval and blessings. The endless quest to appease the heavenlies so that the dew of heaven would result in increase in the earth.
We have received an invitation to truly live life. When we received Christ we received grace Himself. Grace is not an empowerment to do godly works. The grace of God is defined as “undeserved, unearned and unmerited favor”. Another way to define for favor is “preferential treatment”
God wants you to know that you have His favor on you. In Christ we have His favour bestowed on us. He wants you to know that He gives you preferential treatment which you do not deserve. And He wants you to depend on and take full advantage of it in your life.
The grace of God is a place where you possess things that you don’t deserve. It is an environment where everything works for your good. When God wanted the Isrealites to occupy the promised land, he told them that in Deuteronomy 6:10-11
“So it shall be, when the Lord your God brings you into the land of which He swore to your fathers, to Abraham, Isaac, and Jacob, to give you large and beautiful cities which you did not build, 11 houses full of all good things, which you did not fill, hewn-out wells which you did not dig, vineyards and olive trees which you did not plant—when you have eaten and are full”
This is a life where you can enjoy preferential treatment in every area. You can expect this to be your reality. If you are a businessman, you will find people just wanting to do business with you because they like you and feel good about you. It is not because you are the best in the industry. On the job, preferential treatment gives you the opportunity to enjoy the support of mean bosses.
You don’t have work yourself to death to climb up the ladder of success. Let favour elevate you into success. Your job is to behold Jesus and be established in His love towards you. The Bible says in 2 Peter 1:2 that God’s grace (or favor) is multiplied to us “in the knowledge of God and of Jesus our Lord”
Our concern is to be occupied with whom is the author of our faith, the one who is grace personified. Begin to expect preferential treatment anywhere you go. It’s waiting for you. Good things await you because you are permanently on favour ground.