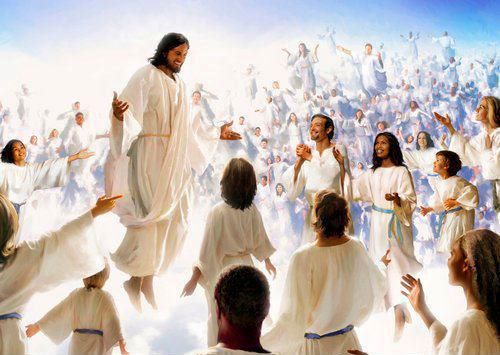 Paul using a narrative technique explains to his audience the nature of the resurrection in which he contrasts 2 ages, 2 lives and 2 covenants that are summed up in 2 Adams. The ‘resurrection of the dead’ would be a reversal of this first Adamic ‘death’that saw men kept in hades.
“For since death came through a man, the resurrection of the dead also came through a man. For as in Adam all die, so also in Christ all will be made alive (1 Corinthians 15:21-22)”.
The establishment of God’s kingdom that was posited at the end of that old covenant age that saw resurrection fulfilled. At the removal of the administration of the law, death was destroyed.
Daniel spoke of this in:
“And many of those who sleep in the dust of the ground will awake, these to everlasting life, but the others to disgrace and everlasting contempt. (Daniel 12:2 NASB)
“But as for you, go your way to the end; then you will enter into rest and rise again for your allotted portion at the end of the age.” (Daniel 12:13 NASB)
Paul explains further “56 The sting of death is sin, and the strength of sin is the law. 57 But thanks be to God, who gives us the victory through our Lord Jesus Christ.”
What is the victory here? That death has lost its sting on us and Hades its victory. We are now more than conquerors because no human conqueror has conquered death and Hades.
The resurrection is not a physical event but spiritual. It is complete undoing of the Adamic death. Adam’s lived for over 900 years after he ate the fruit. His death was spiritual. Death came as a result of sin so it is only natural that when sin was paid for that death would also lose it power. Otherwise salvation would not be complete. The resurrection is not physical or bodily but spiritual. At the moment Abraham, David et all have seen this hope fulfilled and now they live with their glorified bodies and will never expect to be absent from the Lord.
Prior to Jesus’ messianic work, no one went to Heaven including Enoch, Moses, Elijah. You can see more on from my blog on that :
“No one has ascended into heaven, but He who descended from heaven: the Son of Man. (John 3:13 NASB)
In the Old Testament the Hebrew word for where they were prior to the resurrection is Sheol. In the New Testament the Greek word is Hades. This place was simply a waiting area for disembodied spirits. This same place in Hebrew tradtion is known as Abraham’s bosom.
David an Old testament king and prophet had an understanding in this area and spoke concerning this as a hope. God had promised to redeem His people from the grave’s holding power:
But God will redeem my soul from the power of Sheol, For He will receive me. Selah. (Psalms 49:15 NASB)
The prophet Hosea had a prophetic insight about it:
Shall I ransom them from the power of Sheol? Shall I redeem them from death? O Death, where are your thorns? O Sheol, where is your sting? Compassion will be hidden from My sight. (Hosea 13:14 NASB)
This resurrection had nothing to do with physical bodies coming out of graves. That doesn’t relate to the work of salvation and it is not consistent with the essence of redemption.
We have that fulfilled because that age has been destroyed and now we have now put on immortality in our Spirits. This is eternal life in us. This life has made us one with Father. Death cannot separate us again and Hades cannot hold us in bondage. O what a glorious revelation to know that as He is so am I in this world. That even in physical death our true nature will find expression without hindrance. Some would say we will also experience resurrection at death but the way is see it, it’s a glorification. Either way we will get to remain in His presence perpetually. Halleluyah!
Photo Credits: https://ioan17.files.wordpress.com