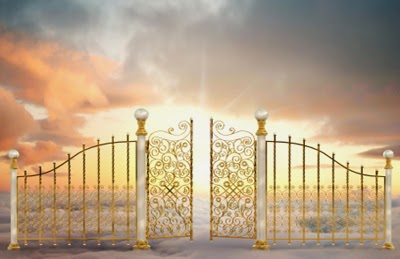 As John saw a vision of the establishment of God’s kingdom on earth. It was the enthronement of the new covenant of grace where everything in the Old testament that was a shadow and type became a reality in Jesus and the church.
The new heaven and earth contrary to what many people think is not a physical manifestation but a spiritual one that makes a greater revelation of the mystery of God.
Isaiah saw ahead when he wrote about the suffering and death of Messiah in his book. The aftermath of his work led to establishment of true righteousness. In the establishment of the kingdom of God, the righteousness of God will reign. That is why Paul described the gospel in Romans 1 as “therein is the righteousness of God revealed from faith to faith”

Isaiah goes on in chapter 65:
17 For, behold, I create new heavens and a new earth; and the former things shall not be remembered, nor come into mind.
18 But be ye glad and rejoice for ever in that which I create; for, behold, I create Jerusalem a rejoicing, and her people a joy.
19 And I will rejoice in Jerusalem, and joy in my people; and there shall be heard in her no more the voice of weeping and the voice of crying.
What John saw in the book of Revelation is simply called his book of the New Creation Realities. This last is as much a revelation as it is the church, his bride and true love.
Revelation 21:
And I saw a new heaven and a new earth: for the first heaven and the first earth were passed away; and there was no more sea.
2 And I John saw the holy city, new Jerusalem, coming down from God out of heaven, prepared as a bride adorned for her husband.
22 And I saw no temple therein: for the Lord God Almighty and the Lamb are the temple of it.
23 And the city had no need of the sun, neither of the moon, to shine in it: for the glory of God did lighten it, and the Lamb is the light thereof.
Paul’s revelation of the new creation in Christ agrees perfectly with John’s visions. They both give us a composite picture of Jesus and his finished work. The absence of the sea signifies that there will no longer be any platform for sacrifices of atonement. The destruction of the temple in 70AD goes a long way to unveil God’s fulfilled plans on earth to raise another temple but not one made with human hands.

See how Paul’s revelation agrees with John and Isaiah.
25 Now this Hagar is Mount Sinai in Arabia and corresponds to the present Jerusalem, for she is in slavery with her children. 26 But the Jerusalem above is free; [v]she is our mother.  – Galatians 4:25-26
25 Husbands, love your wives, just as Christ also loved the church and gave Himself up for her, 26 so that He might sanctify her, having cleansed her by the washing of water with the word, 27 that He might present to Himself the church [q]in all her glory, having no spot or wrinkle or any such thing; but that she would be holy and blameless. 32 This mystery is great; but I am speaking with reference to Christ and the church. – Ephesians 5:25-27,32
“Or do you not know that your body is a temple of the Holy Spirit who is in you, whom you have from God, and that you are not your own?” – 1 Corinthians 6:19
5 For we do not preach ourselves but Christ Jesus as Lord, and ourselves as your bond-servants for Jesus’ sake. 6 For God, who said, “Light shall shine out of darkness,” is the One who has shone in our hearts to give the Light of the knowledge of the glory of God in the face of Christ.– 2 Corinthians 4:5-6
This glory is now in the face of Jesus. This is where the kingdom is established, upon this revelation. That is why Paul contrasted the law with the Spirit.  The former cannot shine God’s overwhelming glory in our world.

As we behold his face in the word Jesus is revealed in the hearts. Unfortunately many people take to preach themselves, tradition, religion, motivation, philosophy or even disguised unbelief. The glory of God is only revealed in the revelation of Jesus. As we continue to feed on him, his grace transforms us and the world sees the beauty of our father.

The light over us is not the sun, moon and stars. His glory is over us because Jesus is the glory of the father. As we place our trust in the unending love of the Father, we find him expressing what a father can do.