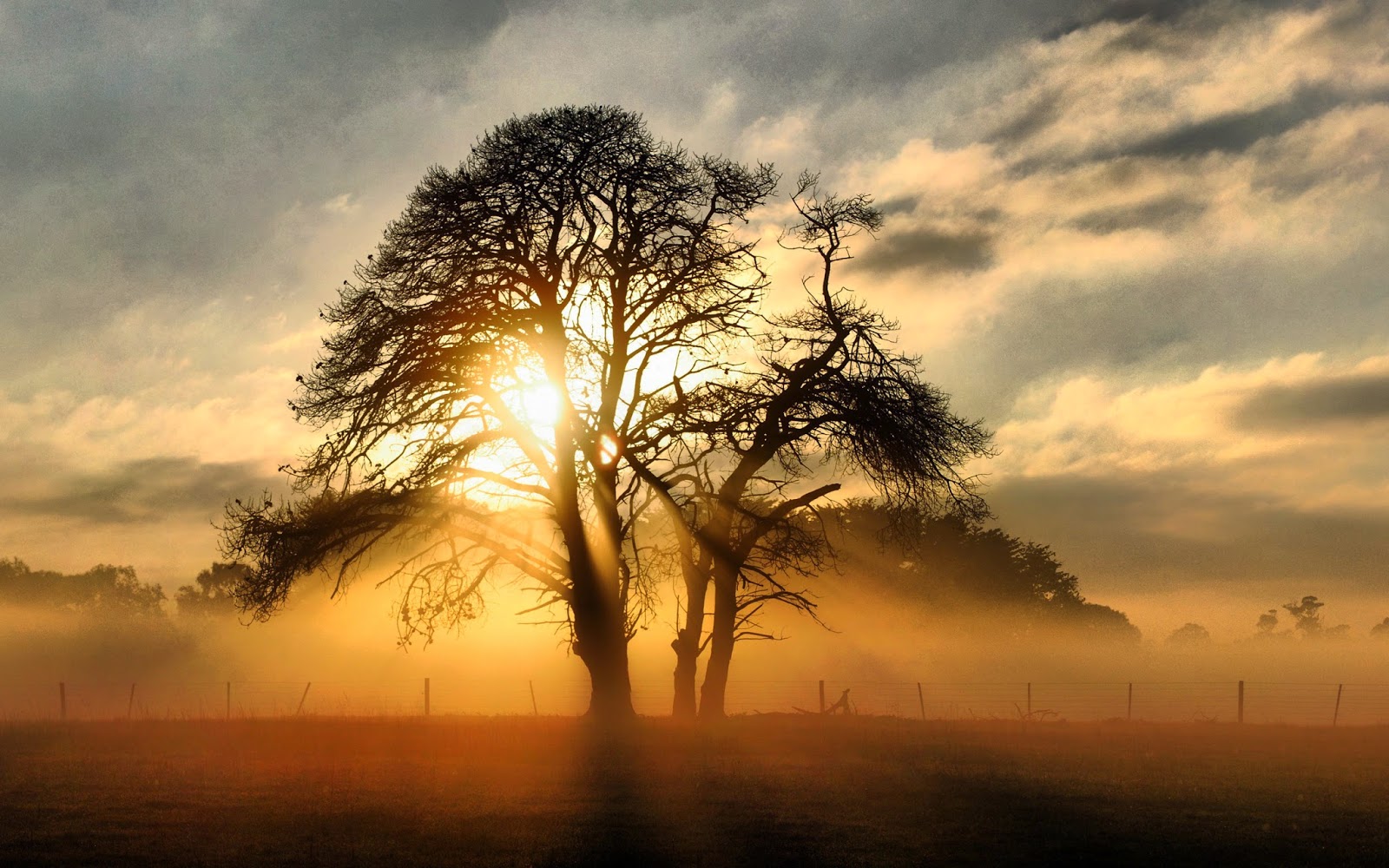 It is common to hear people comment about the wickedness in the world today and grieve at the insensitivity that is ongoing in a lot of places. From government houses to the office boardroom and even in homes around the corner. We have seen people demonstrate such callous attitude that makes people wonder whether it is connected to the end of the world.

As such many people in our time have concluded that we are living in the worst generation. On the contrary if you are a good student of history, you will discover that to be otherwise. From current statistics it shows that some form of global issues have actually declined compared to how it was before.

According to a published article by Joshua S. Goldstein a professor emeritus of international relations. he stated the following:
“The early 21st century seems awash in wars: the conflicts in Afghanistan and Iraq, street battles in Somalia, Islamist insurgencies in Pakistan, massacres in the Congo, genocidal campaigns in Sudan. All in all, regular fighting is taking place in 18 wars around the globe today. Public opinion reflects this sense of an ever more dangerous world: One survey a few years ago found that 60 percent of Americans considered a third world war likely. Expectations for the new century were bleak even before the attacks of Sept. 11, 2001, and their bloody aftermath: Political scientist James G. Blight and former U.S. Defense Secretary Robert McNamara suggested earlier that year that we could look forward to an average of 3 million war deaths per year worldwide in the 21st century.

So far they haven’t even been close. In fact, the last decade has seen fewer war deaths than any decade in the past 100 years, based on data compiled by researchers Bethany Lacina and Nils Petter Gleditsch of the Peace Research Institute Oslo. Worldwide, deaths caused directly by war-related violence in the new century have averaged about 55,000 per year, just over half of what they were in the 1990s (100,000 a year), a third of what they were during the Cold War (180,000 a year from 1950 to 1989), and a hundredth of what they were in World War II. If you factor in the growing global population, which has nearly quadrupled in the last century, the decrease is even sharper. Far from being an age of killer anarchy, the 20 years since the Cold War ended have been an era of rapid progress toward peace.

Armed conflict has declined in large part because armed conflict has fundamentally changed. Wars between big national armies all but disappeared along with the Cold War, taking with them the most horrific kinds of mass destruction. Today’s asymmetrical guerrilla wars may be intractable and nasty, but they will never produce anything like the siege of Leningrad. The last conflict between two great powers, the Korean War, effectively ended nearly 60 years ago. The last sustained territorial war between two regular armies, Ethiopia and Eritrea, ended a decade ago. Even civil wars, though a persistent evil, are less common than in the past; there were about a quarter fewer in 2007 than in 1990.”

Contrary what many Christians believe it is not getting worse. It is actually getting better. The kingdom influence is generating momentum and causing things to happen amidst the challenges in our current world.

So the question is which is the worst generation? I believe the Bible has the answer.
Jesus said in Matthew 16:3,4

3″And in the morning, ‘There will be a storm today, for the sky is red and threatening.’ Do you know how to discern the appearance of the sky, but cannot discern the signs of the times?4″An evil and adulterous generation seeks after a sign; and a sign will not be given it, except the sign of Jonah.” And He left them and went away.

He was referring to the generation of his day when he made this comment. Now also take note what he said would given to them. “the sign of Jonah”. It was adulterous because they had forsaken Jehovah and given her allegiance to the Roman Authority. They said “we have no king but Caesar” when they rejected Jesus.

After Peter preached that great sermon that saw three thousand souls give their hearts to the Lord. He gave them a word to take home.

Acts 2:40
With many other words he warned them; and he pleaded with them, “Save yourselves from this corrupt generation.”

There was a coming judgment that was to come that generation. He told them this because of Jesus had informed them of what would have in the end of the Mosaic age. Matthew 23 and 24 was Jesus end time prophecy upon a generation that betrayed and crucified her covenant partner.

John said in Matthew 3:7
7 But when he saw many of the Pharisees and Sadducees coming to where he was baptizing, he said to them: “You brood of vipers! Who warned you to flee from the coming wrath?

Today we hear people say that if God doesn’t punish American for her sins that He would have to apologize to Sodom and Gommorah. Some believe that God punishes nations with natural disasters because of their disasters. Nothing could be further from the truth. That a look at what Jesus said in Matthew 12:39-42

15 Truly I tell you, it will be more bearable for Sodom and Gomorrah on the day of judgment than for that town. –Matthew 10:15

When Jesus gave the prophecy about the destruction of Israel and the temple in Matthew
24. He told them that their generation would be recipient of the judgment.

Truly I tell you, this generation will certainly not pass away until all these things have happened. Heaven and earth will pass away, but my words will never pass away (Matthew 24:34-35).

That generation so corrupt that in the book of revelation that the land of Israel was perverse in God’s eyes as the gentile nations that had also received His initial judgment. So we see the terms “Babylon”, “Egypt” and “Sodom” all referring the nation of Israel.

8 And their dead bodies will lie in the street of the great city which spiritually is called Sodom and Egypt, where also our[c] Lord was crucified. – Revelation 11:8

To the Jewish people, a generation is forty years. This is visible in the fact that a “generation” died in the wilderness during the forty-year journey. For the prophecy would be fulfilled in that generation.

Therefore, Jesus was saying that this prophecy would happen before forty years had gone by. Jesus said this in AD 30, and the entirety of His Matthew 24 prophecy was fulfilled in AD 70. That generation suffered the worst tribulation that ever happened in the history of Israel.
It is on record that of the Jews destroyed during the siege, Josephus reckons not less than one million and one hundred thousand, to which must be added above 237,000 who perished in other places and innumerable multitudes who were swept away by famine and pestilence and of which no calculation could be made. Not less than 2,000 laid violent hands upon themselves. Of the captives, the whole was about 97,000.

David Chilton has an excellent summary of this period in his book “Day of Vengeance:

Josephus has left us an eyewitness record of much of the horror of those years, and especially of the final days in Jerusalem. It was a time when “the day-time was spent in the shedding of blood, and the night in fear”; when it was “common to see cities filled with dead bodies”; when Jews panicked and began indiscriminately killing each other; when fathers tearfully slaughtered their entire families, in order to prevent them from receiving worse treatment from the Romans; when, in the midst of terrible famine, mothers killed, roasted, and ate their own children (cf. Deuteronomy 28:53); when the whole land “was all over filled with fire and blood”; when the lakes and seas turned red, dead bodies floating everywhere, littering the shores, bloating in the sun, rotting and splitting apart; when the Roman soldiers captured people attempting to escape and then crucified them—at the rate of 500 per day.21

That generation received the full weight of judgment that was unparalleled in history just as Jesus said in Matthew 23:
31 “Therefore you are witnesses against yourselves that you are sons of those who murdered the prophets. 32 Fill up, then, the measure of your fathers’ guilt. 33 Serpents, brood of vipers! How can you escape the condemnation of hell? 34 Therefore, indeed, I send you prophets, wise men, and scribes: some of them you will kill and crucify, and some of them you will scourge in your synagogues and persecute from city to city, 35 that on you may come all the righteous blood shed on the earth, from the blood of righteous Abel to the blood of Zechariah, son of Berechiah, whom you murdered between the temple and the altar. 36 Assuredly, I say to you, all these things will come upon this generation.