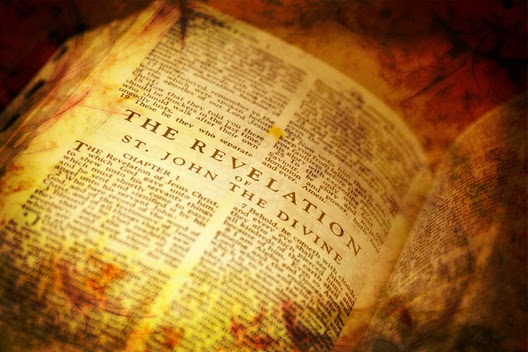 The book of Revelation is the last book in the New Testament. Its actual title is not “Revelation” or “Revelations” but “The Revelation of Jesus Christ” – it is best translated from the greek as, “The Apocalypse of Jesus Christ”. In our modern English parlance, it gives the idea of a terrible catastrophe, usually related to the end of the world or human civilization (as we have some Hollywood movies). An “apocalypse” was a particular type of literature in the earliest centuries.
The word “apocalypse” literally mean an “unveiling” – it doesn’t mean to hide something in a mysterious way, neither does it have anything to do with the end of the world. With that in mind, the “Apocalypse of Jesus Christ” simply means “an unveiling of the prophecy of Jesus Christ explained with the use of prophetic symbols and motifs.
What was the “prophecy” of Jesus Christ? John’s gospel is the one that excludes the famous Olivet discourse – the prophetic speech which Jesus gave to his disciples (Matthew 23-25). It was the only extended “prophecy” which Jesus gave. Very much the same that Jesus had the extensive “the Sermon of Jesus Christ” in (Matthew 5-7)
The “prophecy of Jesus Christ” we are obviously talking about the only extended prophecy that he delivered that was actually consistent with what some prophets of Old like Daniel and Malachi had recorded in their writings.
Since prophecy must have fulfillment to be valid, we must note THAT the prophecy was about what would happen within “one generation” (not OUR generation) (Matthew 24:34) when a time of trouble and tribulation would come to Judea (not to the whole word) that would begin when Jerusalem was surrounded by armies bearing the Eagle banner and would end with the Temple being destroyed so completely that “not one stone will be left upon another”. THAT was what Jesus predicted and prophesied.
THAT was the “End of the Age” and THAT would happen within forty years. If THAT was Jesus prophecy, and if Revelation is an unveiling of Jesus prophecy in the language of symbols – then THAT is what Revelation is about too. Clearly it was the closing curtain on the Old covenant and its institution for the new to be established.
The book of Revelation amplifies Jesus prophecy by giving it greater and more vivid details, and explains it more fully. It was written during the reign of the Emperor Nero when there were only a few years left until those age-changing events would occur. The prophecy was at its heels of fulfillment. Consider these statements:
“what must soon [shortly] take place” (Rev. 1:1; 22:6 [KJV]).
“Blessed is the one who reads the words of this prophecy . . . who hear it and take to heart [obey] what is written in it” (Rev. 1:3; 22:7 [KJV])
“the time is near [at hand]” (Rev. 1:3; 22:10 [KJV]).
These full-content-bracketing, time statements establish the immediate historical context for the fulfillment of the whole of the prophecy. These passages tell us that a very significant event was to occur within a very short time and certainly within the lifetime of the book’s original and primary recipients.
The beginning of Revelation – The Revelation of Jesus Christ, which God gave unto him, to shew unto his servants things which must shortly come to pass; and he sent and signified it by his angel unto his servant John:. (1:1)
The word “signified” (Greek word, semaino) most literally and graphically means “sign – ified”—i.e., making known or communicating with signs and symbols. Hence, if we take the Revelation precisely for what it is, visual parables of spiritual/physical reality, any believer can better understand it.
But the physical/material mindset denies or ignores the dimension of the spirit and blinds people to the spirit-world realities the book unveils. Once, however, we accept that God spoke in spirit-realm/physical-realm terms using signs and symbols, the Revelation begins to open up its treasures to us.
The end of Revelation – “Do not seal up the words of the prophecy of this book, for the time is near.” (22:10)