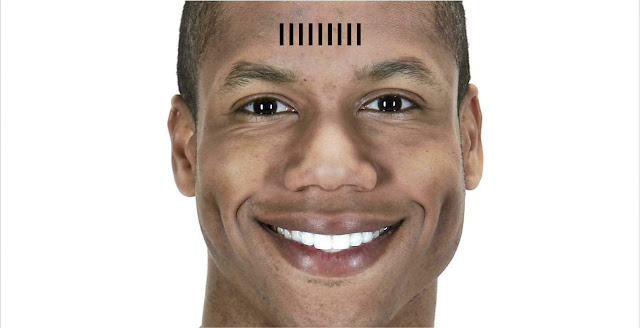 The parallels in the book of Ezekiel and Revelation are keys to understanding the Biblical endtimes. One of such that we see is the mark on the foreheads upon God’s chosen people.
In Ezekiel’s day, those who were repentant in Israel before the fall of Jerusalem by the Babylonians were given a mark of ownership upon their foreheads, signifying that they were on the Lord’s side. Those without this mark were to be slain
“4 and the Lord said to him, “Go through the midst of the city, through the midst of Jerusalem, and put a mark on the foreheads of the men who sigh and cry over all the abominations that are done within it.”
5 To the others He said in my hearing, “Go after him through the city and kill; do not let your eye spare, nor have any pity. 6 Utterly slay old and young men, maidens and little children and women; but do not come near anyone on whom is the mark; and begin at My sanctuary.” So they began with the elders who were before the temple.” (Ezekiel 9:4-6).
When John wrote employing the same prophetic imagery he said in Revelation 7:1-3
“After these things I saw four angels standing at the four corners of the earth, holding the four winds of the earth, that the wind should not blow on the earth, on the sea, or on any tree.
2 Then I saw another angel ascending from the east, having the seal of the living God. And he cried with a loud voice to the four angels to whom it was granted to harm the earth and the sea,
3 saying, “Do not harm the earth, the sea, or the trees till we have sealed the servants of our God on their foreheads.”
In Revelation 14:1, this same mark is written upon the foreheads of those that were on the side of, the Lamb, as opposed to those belonging to, and on the side of, the beast with his mark (13:16).
The mark on the believers is the seal of the Holy Spirit. This mark is not about computer microchips. It is God’s policy of protection. We first see this in Exodus when the angel of death descended in Egypt before their departure. The marking ensured that no Israelite lost their first borns.
In the events that led to the eventual destruction of Jerusalem in 70AD history confirms to us that no Christian died in the invasion. Realize that in the trouble in the world today that you are also marked out by God to be immune to the calamities in the world. Rest secure in His love for you. He will never leave you nor forsake you.
Rejoice in the Lord today for the seal of the Spirit in your heart. You are guarded by the Spirit from every harmful attack of the enemy, and nothing can penetrate your heart, to take away what is rightfully yours by Jesus’ blood. You are marked by Him!