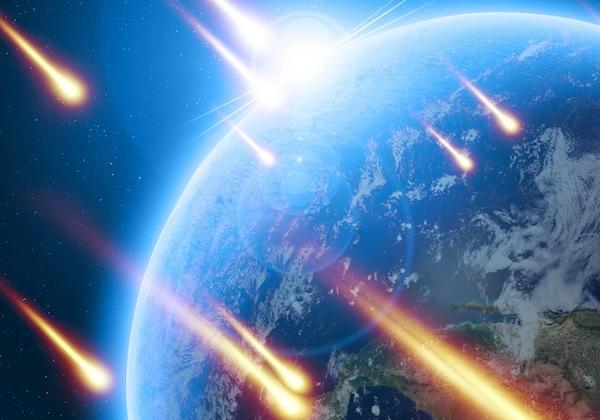 Apocalyptic Language is used throughout the book of Revelation, with much of it borrowed from the Old Testament. You can consider sayings, such as coming in the clouds, and the sun, moon, and stars being darkened. Jesus was not predicting an eclipse of the sun and moon happening at the same time. Let’s examine the latter in Isaiah 13:10, quoted by Jesus in Matthew 24:29 in the Olivet Discourse (Matthew 24, Mark 13, and Luke 21) is a highlighted version of the book of Revelation. Isaiah describes the Lord coming (13:9) in judgment upon Babylon (13:1) by using these same words, “For the stars of heaven and the constellations thereof shall no give their light: the sun shall be darkened in his going forth, and the moon shall not cause her light to shine (Isaiah 13:10).”
Any sound scholar understands this judgment to be fulfilled by the Medes (13:17), bringing Babylon down (Daniel 2:39). To a Jew in the first century, “The sun, moon, and stars” communicated astronomical events. Joseph’s dream communicated this figurative understanding of the sun, moon, and stars (Genesis 37:9, 10).
Consider the same metaphorical understanding when a judgment against Egypt (32:2) uses this same imagery, “And when I shall put thee out, I will cover the heaven, and make the stars thereof dark; I will cover the sun with a cloud and the moon shall not give her light (Ezekiel 32:7).” It was lights out for Egypt (vs 8)! It has nothing to do with the firmament!
So when Revelation 6:9,10 speaks of, “the sun becoming black, the moon as blood, and the stars of heaven falling to the earth”, we must see how the rest of the Bible interprets these things, including Matthew 24:29, in light of Isaiah 13:9,10. Physical stars, by the way, cannot plummet into the earth. It would take only one literal star to incinerate the earth before it ever fell to it.
Revelation 6:9,10, and Acts 2:16-21, mentions the sun, moon, and stars being darkened, astronomy is excluded. In fact, Acts 2:16-21 tells us that this passage, quoted from Joel 2:28-32, is fulfilled at that time in the first century! “But this is that (This event is that passage’s fulfillment) which was spoken by the prophet Joel; And it shall come to pass (be fulfilled) in the last days (The last days of the old covenant)…The sun shall be turned to darkness, and the moon into blood…” Now as for Revelation 6:9, 10, “the sun became black…the moon became as blood, and the stars of heaven fell…”
So in Matthew 24:29, Jesus’ hearers would have known that He was speaking in Old Testament pictorial language about the destruction of Jerusalem, not the end of the world.

It was lights out on national Israel for the Israel of God established on Mount Zion to arise in the glory of the kingdom of God. In this kingdom there will never be any form of darkness at all.

Revelation 21 gives us a picture of the new system under the establishment of the new covenant.

22 And I saw no temple therein: for the Lord God Almighty and the Lamb are the temple of it.

23 And the city had no need of the sun, neither of the moon, to shine in it: for the glory of God did lighten it, and the Lamb is the light thereof.
Halleluyah! He is our glory and the lifter of our head. He is our light and his kingdom cannot be defeated by the works of darkness. Rather we will witness the victory of the glorious kingdom of light as it takes over the world.