Skip to content
Home
Uncategorized
WHERE THE ARK RESTED 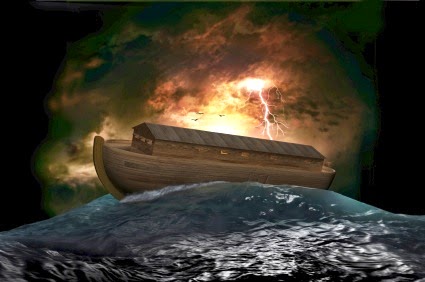 GENESIS 8:4
Then the ark rested in the seventh month, the seventeenth day of the month, on the mountains of Ararat.
God’s judgment came on earth not because He hated man but because of what sin had turned him to. He was far from reflecting his glory and goodness. Mankind was such in a messed up state that the cohabitation of man and fallen angels had corrupted the human race.
God declared that he would destroy the earth through the flood. The curse had gained full expression on the earth and was now eating human life. It was to rain for 40 days. In the bible 40 represents a generation. God was to do away an evil and perverted generation to breed a fresh one through the judgment.
It was same when on AD70 God poured out his wrath on Jerusalem to bring to an end an Apostate Israel that was corrupted with the same corruption in Egypt, Sodom and Babylon. She bacame a mixed breed just like it was in Noah’s time. In the book of Revelation 11:8, Jerusalem was described:
“Their bodies will lie in the public square of the great city–which is figuratively called Sodom and Egypt–where also their Lord was crucified.”
A new Jerusalem appeared arose after that terrible day of judgment. The law and the Mosaic disappeared also with the curse of the law. The new covenant was established upon the blessings in Jesus as the kingdom of God finally found expression on earth. In this kingdom the curse has been reversed.
For 40 days and nights, it rained so hard that the whole world perished, except for Noah and those who were with him in the ark. At the end of 150 days, on the 17th day of the seventh month, the ark rested on the mountains of Ararat.
In Hebrew, the word “Ararat” means “the curse is reversed”. The waters of judgment receded, causing the ark to rest on the mountains of Ararat, on new ground where the curse is reversed. This happened on the 17th day of the seventh month on the Feast of Firstfruits—the exact date that Jesus rose from the dead 4,000 years later!
It is not a coincidence that this happens because everything in scripture points to Jesus. The curse is reversed because the judgment is passed. Every Adamic curse is reversed through the judgment that has passed on Jesus for us all. Today there are many believers that are being informed by so-called prophets that the reason why they are unsuccessful is because of “evil covenants in their villages” and they are told to organize special prayers and fastings and some get to the extent of paying large sums of money to execute special deliverance in their poverty.
When Christ rose from the dead, we were raised together with Him. (Colossians 2:12). We who are in Christ our true ark stand on resurrection ground where the curse has been reversed (Galatians3:13), where diseases, poverty and failures have no right to operate!
As a believer, you are on no-curse ground. You stand in the blessings zone where it is very easy for God’s blessings to rain all over you. Don’t be deceived that you have to do something more to get God to reverse any curse in your life. You are already standing on a ground where the curse is reversed. Believe where you are and remain rooted there.