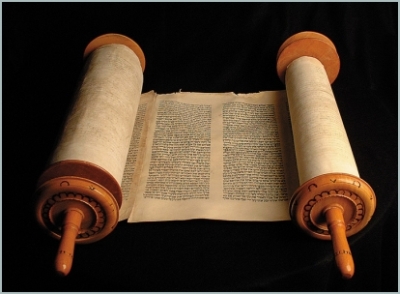 1. It was a veil covering the face of God:
It keeps people from embracing the true nature of God. Paul said in 2 Cor. 3:14-15 “14 But their minds were made dull, for to this day the same veil remains when the old covenant is read. It has not been removed, because only in Christ is it taken away. 15 Even to this day when Moses is read, a veil covers their hearts.”
2. The weaponry of Satan to keep creation in bondage:
In almost every tribe especially in remote locations you would find customs and traditions that have laws similar to the Jewish laws for living. These laws have kept people in bondage and they progress into development. In the Jewish age, it kept me in bondage of fear and death. Jesus nailed to His cross and when he disarmed principalities and powers. We see in Colossians 2:14-15 “14 having wiped out the handwriting of requirements that was against us, which was contrary to us. And He has taken it out of the way, having nailed it to the cross.15 Having disarmed principalities and powers, He made a public spectacle of them, triumphing over them in it.”
3. A mirror to reflect man’s insufficiency:
The Old covenant was a reflection of man in his insufficiency and imperfection that was contrasted against the holy nature of God.  It enlightened man to his shame and nakedness. It was to teach him the need for the all-sufficient One. Paul explains in Galatians 3:24-25 “Therefore the Law has become our tutor to lead us to Christ, so that we may be justified by faith. But now that faith has come, we are no longer under a tutor.”
4. Accuser of humanity:
Jesus puts this way in John 5:45 “Do not think that I will accuse you before the Father; the one who accuses you is Moses, in whom you have set your hope.” In Revelation we see the hurling down of the accuser of the brethren upon the exaltation of the lamb of God.
5. Old heaven and earth:
The temple that stood in Jerusalem was the meeting place between heaven and earth. It was where God met man through the platform of the tabernacle. So Jesus told them that he came to fulfil the law so that that Old heaven and earth would pass away for a new one to come. Hence the fall of Jerusalem in 70ad. “Do not think that I came to destroy the Law or the Prophets. I did not come to destroy but to fulfill. For assuredly, I say to you, till heaven and earth pass away, one jot or one tittle will by no means pass from the law till all is fulfilled.” Matthew 5:17-18
6. Mount of condemnation:
Paul called it Mount Sinai. The Hebrew word Sinai (Strong’s #5514) means”thorn”. So Mount Sinai is the Mount of Thorns. Moses was given the Law on the Mount of Condemnation. This now perfectly lines up with Paul’s “ministry of condemnation” explanation in 2 Corinthians 3. In the parable of the Sower, Jesus said that some particulars seed fell among thorns.
“And some fell among thorns, and the thorns sprang up and choked them.” (Matthew 13:7)
He later explained that these ones “hears the word, and the cares of this world and the deceitfulness of riches choke the word, and he becomes unfruitful.” vs 22. Condemnation in the heart chokes faith and it becomes unfruitful. Faith was kept shut up when the law was given.
7. Tree of death:
It is fascinating that from when the law was introduced death found expression in the camp of Israel on every encounter of rebellion. Sin and error in man had its reward in death.  Paul describes it this way “7 Now if the ministry that brought death, which was engraved in letters on stone, came with glory…” {2 Corinthians 3:7a) In Romans 6:23 he also says “For the wages of sin is death, but the gift of God is eternal life in Christ Jesus our Lord.”
The wages of sin is based on the imputation of sin. In Christ there is no imputation of sin. This is why the Believer enjoys the life of God. Death cannot find expression because the New covenant is the tree of life in Jesus.
The destruction of Jerusalem in 70ad was beyond the burning of the city and temple. It was an end to that institution that served death, accused humanity, provided condemnation and revealed our insufficiency. It was an end to that Old heaven and earth and the new introduction of the new heaven and earth where righteousness truly dwells. It is a new world and one will provides us life, justification and sufficiency.