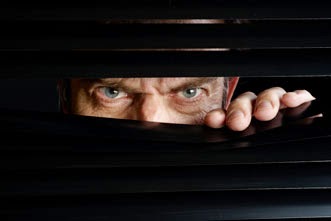 What you are about to read is a true story about the Apostle Paul. It occurred one time in his life when he tried to please some people so that he would balance grace and the law to gain the acceptance and approval of man. This story is retold Eugene Peterson in the Message Translation of Acts 21:17-40.

I will not provide any personal interpretation but will let the Holy Spirit minister to you personally. Here goes:

17-19 In Jerusalem, our friends, glad to see us, received us with open arms. The first thing next morning, we took Paul to see James. All the church leaders were there. After a time of greeting and small talk, Paul told the story, detail by detail, of what God had done among the non-Jewish people through his ministry. They listened with delight and gave God the glory.
20-21 They had a story to tell, too: “And just look at what’s been happening here—thousands upon thousands of God-fearing Jews have become believers in Jesus! But there’s also a problem because they are more zealous than ever in observing the laws of Moses. They’ve been told that you advise believing Jews who live surrounded by unbelieving outsiders to go light on Moses, telling them that they don’t need to circumcise their children or keep up the old traditions. This isn’t sitting at all well with them.
22-24 “We’re worried about what will happen when they discover you’re in town. There’s bound to be trouble. So here is what we want you to do: There are four men from our company who have taken a vow involving ritual purification, but have no money to pay the expenses. Join these men in their vows and pay their expenses. Then it will become obvious to everyone that there is nothing to the rumors going around about you and that you are in fact scrupulous in your reverence for the laws of Moses.
25 “In asking you to do this, we’re not going back on our agreement regarding non-Jews who have become believers. We continue to hold fast to what we wrote in that letter, namely, to be careful not to get involved in activities connected with idols; to avoid serving food offensive to Jewish Christians; to guard the morality of sex and marriage.”
26 So Paul did it—took the men, joined them in their vows, and paid their way. The next day he went to the Temple to make it official and stay there until the proper sacrifices had been offered and completed for each of them.
27-29 When the seven days of their purification were nearly up, some Jews from around Ephesus spotted him in the Temple. At once they turned the place upside-down. They grabbed Paul and started yelling at the top of their lungs, “Help! You Israelites, help! This is the man who is going all over the world telling lies against us and our religion and this place. He’s even brought Greeks in here and defiled this holy place.” (What had happened was that they had seen Paul and Trophimus, the Ephesian Greek, walking together in the city and had just assumed that he had also taken him to the Temple and shown him around.)
30 Soon the whole city was in an uproar, people running from everywhere to the Temple to get in on the action. They grabbed Paul, dragged him outside, and locked the Temple gates so he couldn’t get back in and gain sanctuary.
31-32 As they were trying to kill him, word came to the captain of the guard, “A riot! The whole city’s boiling over!” He acted swiftly. His soldiers and centurions ran to the scene at once. As soon as the mob saw the captain and his soldiers, they quit beating Paul.
33-36 The captain came up and put Paul under arrest. He first ordered him handcuffed, and then asked who he was and what he had done. All he got from the crowd were shouts, one yelling this, another that. It was impossible to tell one word from another in the mob hysteria, so the captain ordered Paul taken to the military barracks. But when they got to the Temple steps, the mob became so violent that the soldiers had to carry Paul. As they carried him away, the crowd followed, shouting, “Kill him! Kill him!”
37-38 When they got to the barracks and were about to go in, Paul said to the captain, “Can I say something to you?”
He answered, “Oh, I didn’t know you spoke Greek. I thought you were the Egyptian who not long ago started a riot here, and then hid out in the desert with his four thousand thugs.”
39 Paul said, “No, I’m a Jew, born in Tarsus. And I’m a citizen still of that influential city. I have a simple request: Let me speak to the crowd.”
40 Standing on the barracks steps, Paul turned and held his arms up. A hush fell over the crowd as Paul began to speak. He spoke in Hebrew.