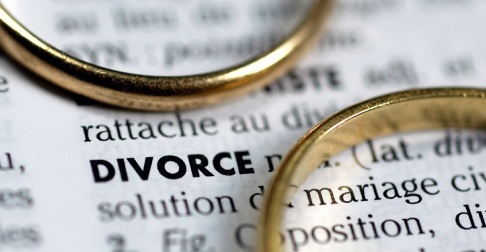 In my short years of dealing with relationship and marriage I have this one topic that can be called a hot button topic. It can generate as much heat when it is discussed or debated. The truth is that it is God’s perfect will for a man and woman to stay fulfilled in marriage forever.
However we see that is no attainable everywhere. We have seen or heard cases where there have been so much physical and emotional abuse and unspeakable things happen in homes that leave much to be desired. But does the scriptures provide any answers on that?
The first thing to realize is that when it comes to God’s word on any issue that affects our dealings, we must go beyond just saying what is quoted to understanding why it is. We have to search God’s intent and purpose. Ultimately, His will is for us to live fulfilled.
Religious teaching has kept people in bondage where the issue of marriage, divorce and remarriage is concerned. This has led to errors in marital counseling and broken destinies. The real is question is this;
Is it a fulfilling life for a spouse to get beaten every day and live under the threat of death? Or to live in bondage because of what other believers would say who are self-led instead of Spirit-led?
So let me state from the start that God doesn’t enjoy divorce and it is His intent that both partners live together and never go through a separation.
The scriptures foreseeing the reality of life makes exceptions for divorce. According to Mark 10:2-10
2Then some Pharisees came, and to test him they asked, “Is it lawful for a man to divorce his wife?” 3He answered them, “What did Moses command you?” 4They said, “Moses permitted a man to write a certificate of dismissal and to divorce her.” 5But Jesus said to them, “He wrote this commandment for you because of your hard hearts. 6But from the beginning of creation he made them male and female.
God made exceptions for divorce because of the hardness of man’s heart not because He condones it. The greek word there “hardness” is “Sklerokardia” which suggests a soil that is so dry and stony. There are some whose hearts have become dry that nothing can penetrate in for a change. At such a point it will be impossible for both couples to truly live together. Living together is not just a matter of staying under the same roof but living one life in the same home.
In some other cases, Marital Unfaithfulness involving sexual sin is a possible reason to get a divorce. When sexual sin takes place, the marriage covenant is completely broken. Therefore, it frees the spouse to decide whether to stay and renew the marriage covenant, or leave. Again it is not a hard and fast rule when this happens as forgiveness can still open the door for restoration and healing. There are many of whom the Lord’s grace brought about a restoration that made the marriage relationship more loving.
Another exception we find in scriptures for divorce is when an unsaved or unbelieving spouse wants to end the marriage or abandons the saved spouse.
If an unsaved husband or wife divorces his or her saved spouse, the saved spouse is not in bondage to the marriage covenant. He or she may remarry without it being considered adultery (1 Corinthians 7:10-15,AMP.)
If a partner intends to remarry under such conditions then he/she can expect to receive God’s blessing in it. The most important thing is people’s decisions must come in line with the Word of God and the peace in their spirit, which is the voice of your conscience. It is easy for anyone to condemn divorce and remarriage especially when they are not involved. Your relationship with your heavenly Father is the key here. He knows you better than you know yourself and He has everything planned out, just trust in Him. He doesn’t hate The Divorced, He loves them all the same.