Skip to content
Home
Uncategorized
DID THE BIBLE REALLY SAY WOMEN SHOULD NOT PUT ON TROUSERS? 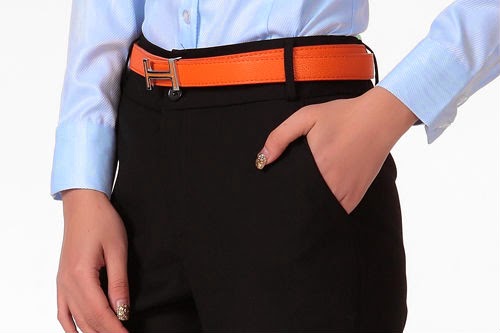 “The woman shall not wear that which pertaineth unto a man, neither shall a man put on a woman’s garment: for all that do so are abomination unto the LORD thy God.” – Deuteronomy 22:5
The phrase “that which pertaineth,” or simply the word pertaineth in the King James Version of the Bible, is translated from the Hebrew word keliy, which means “article, vessel, implement, or utensil.”1Translators commonly render keliy as weapon, armor or instrument in the Old Testament.
The word “man”, in both the first and last part of Deut 22:5, is the Hebrew word “Geber” meaning “man, strong man, or warrior (emphasizing strength or ability to fight).”It is important to note that this is not the only word for man in Hebrew. Verse 13 of this very same chapter uses the Hebrew word ‘iysh, which is also translated man and means just that – “man, male (in contrast to woman, female).” It is apparent that Moses, when writing Deut 22:5, was quite intentionally not talking about a man in general, but a very specific kind of man – namely, a warrior or soldier.
Considering this, perhaps a better translation of this verse would be as follows: “The woman shall not put on [the weapons/armor of a warrior], neither shall a [warrior] put on a woman’s garment: for all that do so are abomination unto the LORD thy God.” Many scholars agree with this translation. Adam Clark, commenting on Deuteronomy, states, “As the word…geber is here used, which properly signifies a strong man or man of war, it is very probable that armour is here intended; especially as we know that in the worship of Venus, to which that of Astarte or Ashtaroth among the Canaanites bore a striking resemblance, the women were accustomed to appear in armour before her.”
John Gill in his Exposition of the Entire Bible sees a similar meaning in 22:5: “…and the word [keliy] also signifies armour, as Onkelos renders it; and so here forbids women putting on a military habit and going with men to war, as was usual with the eastern women; and so Maimonides illustrates it, by putting a mitre or an helmet on her head, and clothing herself with a coat of mail; and in like manner Josephus explains it, ‘take heed, especially in war, that a woman do not make use of the habit of a man, or a man that of a woman…’”
“or all that do so are an abomination to the Lord thy God;” which is a reason sufficient why such a practice should not be used. Some from this clause have been led to conclude, that respect is had to some customs of this kind used in idolatrous worship, which are always abominable to the Lord. So Maimonides observes, that in a book of the Zabians, called “Tomtom”, it is commanded, that a man should wear a woman’s garment coloured when he stood before the star of Venus, and likewise that a woman should put on a coat of mail and warlike armour when she stood before the star of Mars;
In Genesis, we find the first accounts of clothing mentioned in the Bible. First, we find that upon recognizing their nakedness, Adam and Eve sewed garments of fig leaves together to cover themselves (Gen 3:7). This is an interesting account in that we find humans attempting to clothe themselves, but obviously God was not pleased with their choices, as later we find that God made new clothes for them. Gen 3:21 records that God made “coats of skin” for them to wear.
The word “coats” in this verse is the Hebrew word kethoneth and means “a long shirt-like garment.” Interestingly, Moses, under the inspiration of the Holy Spirit, chose the exact same word to describe the specific type of clothing that God made for both Adam and Eve. Where is the distinction here? If God chose to make so little distinction between a man’s and woman’s clothes that a single word can describe the specific clothing worn both by Adam and Eve, then who are we to require a greater distinction? Later, throughout the Old and New Testament, common dress consisted of two separate pieces.
In the Old Testament, the first part of the Jewish costume was still the kethoneth such as was worn by Adam and Eve. In the New Testament, this garment is called chiton in the Greek and is often translated as coatin the King James Version Bible. According to the International Standard Bible Encyclopedia, the kethoneth/chiton was, “…a long-sleeved tunic worn over the sadhin, likewise a shirt with sleeves… Here the ‘coat’ (Hebrew ‘KThohneth) was the ordinary “inner garment ‘worn by the Jew of the day, in which he did the work of the day (see Mt 24:18; Mk 13:16).
It resembled the Roman tunic, corresponding most nearly to our ‘long shirt,’ reaching below the knees always, and in case it was designed for dress occasions, reaching almost to the ground.”  Easton’s Bible Dictionary states that this basic garment was worn by both men and women: “The ‘coat’ (kethoneth), of wool, cotton, or linen, was worn by both sexes.” Easton’s further states that, “The robes of men and women were not very much different in form from each other.”

Please leave your comments below.