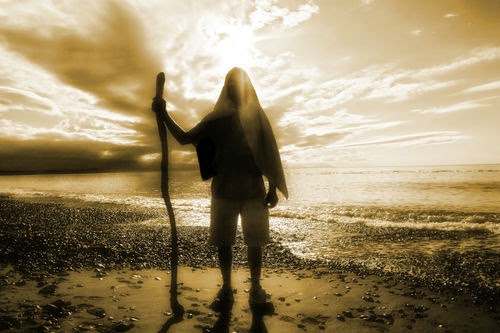 The story of Enoch in the Bible is one that enjoyed much reference with regards to being obedient or committed to the things of God. He is seen by many as one whose faith level got him to avoid death. This is so because of how it rendered in versions of the Bible. But there seems to be a contradiction when you consider what Jesus said in John 3:13:
“No one has ever gone into heaven except the one who came from heaven–the Son of Man.”
If no man had been to heaven what happened to Enoch and what about Elijah? Could Jesus be mistaken?
Jesus could not be mistaken. The son of man from heaven definitely knew what he was saying. Therefore there must be something that we are missing.
Now lets start from the famous hall of faith in Hebrews 11:5
“By faith Enoch was translated that he should not see death; and was not found, because God had translated him:”
I think the answer lies in vs 13:
“These all died in faith, not having received the promises”
Please note that it says that all men mentioned in that chapter including “Enoch” died.
Let us examine the bold phrase in Genesis 5:24, where it says, “And Enoch walked with God: and he was not; for God took him” and compare the same Hebrew phrase in other scriptures to see what it means.
“He was not”
Lets see this phrase as it appears in other places in scripture.
Psalms 37:36, “Yet he passed away, and, lo, he was not: yea, I sought him, but he could not be found.”
Psalms 39:13, “O spare me, that I may recover strength, before I go hence, and be no more.”
The Hebrew for the phrases in bold are the same Hebrew as Genesis 5:24. As in the Psalms, the phrase means the person “passed away” or would eventually die. Let’s look at the same phrase in the book of Genesis:
Genesis 42:13, “And they said, Thy servants are twelve brethren, the sons of one man in the land of Canaan; and, behold, the youngest is this day with our father, and one is not.”
The phrase means one thing; He died.
So what does the phrase “should not see death” mean?
Remember that Jesus said in ” John 8:51, “Verily, verily, I say unto you, If a man keep my saying, he shall never see death” obviously this does not mean that the believer will die physically.
In the context and timeline of Enoch existence, there was a death that he did not see. This death was a judgmental one on the earth in Noah’s time.
It was the judgment on the earth when it was flooded with waters that destroyed all flesh except Noah and his family. Remember another person that did not see the death just before it happened when Methuselah. He died in the year just before the flood.
But what about his translation in Hebrews 11:5? The Bible does not say that Enoch went to heaven when he was translated. Instead, it says he “was not found.”
This does not in any way suggest that Enoch was the first to taste rapture as some would say.
According to Strong’s, Thayer’s and Bullinger’s Greek Lexicons, “translate” means “to put or place in another place, to transport, to transfer.” Nowhere in the Scripture does ‘translate’ mean to make immortal!
See Colossians 1:13:
“Who hath delivered us from the power of darkness, and hath translated us into the kingdom of his dear Son:”
A similar incident to Elijah’s took place in Acts 8:39,40. Phillip was caught up into the first heaven, as Elijah was, and was transported to another location approximately 30 miles away. Another similar incident happened to Ezekiel, in which the spirit took him away (Ezekiel 3:12).
Enoch died in faith but did not receive the promise because it was to be bestowed on the seed, Jesus. They prayed for it, longed for it but it did appear in their time because it was to be in the fullness of time. The hall of faith in Hebrews gives us a list of men who tasted faith before and after the law was introduced so that the Hebrews would understand that true perfection was not available to them until faith in person came.
Now we are in that time and age where God will continuously demonstrate his goodness and kindness towards us because we are the offsprings of His love. Halleluyah!